California Created a Knowledge Base with GIS

California—like many other states—collects treasure troves of data that could not only provide a better understanding of problems but also, if integrated, help develop novel solutions. Unfortunately, this valuable data is typically siloed in departments and not centrally accessible. The need to quickly locate the most current data on a topic is most acutely felt when natural disasters happen, such as the wildfires that have punished the state in recent years. Departments scramble to locate the best data so they can effectively respond. In emergencies, having authoritative data centrally available can save a lot more than just time.

Esri has been working with California to address this issue. The effort was sponsored by Michael Wilkening, the Special Advisor on Innovation and Digital Services in the Office of the Governor, and Amy Tong, Director of the California Department of Technology (CDT) and the state’s chief information officer (state CIO). Previously, Wilkening served as the Secretary of the California Health and Human Services (CHHS) agency. While with CHHS, Wilkening was a strong advocate of data sharing and the executive sponsor of CHHS’ efforts to set up an open data portal that increases public access to nonconfidential health and human services data.

Wilkening and Tong discovered that the state already has the technology that could unlock the value of the state’s data. Since most data has a spatial component and these agencies were on the ArcGIS platform, all that data could not only be accessed but also integrated, analyzed, and visualized using GIS. More than 40 of the state’s departments use GIS, including the California Governor’s Office of Emergency Services (Cal OES), California Department of Forestry and Fire Protection (CAL FIRE), California Census, California Department of Transportation (Caltrans), California Environmental Protection Agency (CalEPA), and CalEPA Department of Toxic Substances Control (DTSC).

California capitalized on the ArcGIS software the state already licensed to rapidly implement a solution at no additional cost using the basic version of ArcGIS Hub that came with its ArcGIS Online subscription.

Making publicly shared data and apps already developed by various California state agencies available from a single site would be immediately beneficial. By federating the agencies’ websites using ArcGIS Hub, someone seeking state data would no longer have to know which agency was responsible for the data they needed to easily find it.

CDT staff member Sam Hayashi, an open data and visualization specialist in the Office of Enterprise Technology, did most of the work that rapidly realized this solution. Prior to taking his position with CDT, Hayashi had been a research program specialist for GIS in the California Department of Conservation. He was well versed in GIS and had previously made an ArcGIS Open Data site to share data.

Working alongside Hayashi and the CDT project team was the Statewide Geoportal Task Force, a group of dedicated and eager GIS professionals from a wide variety of state agencies and departments. The unselfish collaboration of task force members was of special note, as it was only through this antisilo, data-sharing effort that the portal became a reality. Task force members recognized for their individual contributions included Jane Schafer-Kramer, technical lead for the California Stewardship of the National Hydrography Dataset at the California Department of Water Resources, and Nate Roth, geographic information officer at the California Department of Conservation.

Each dataset can be visualized using ArcGIS Online tools. California’s residents can now visit just one site to answer questions such as

Implementing ArcGIS Hub as the solution to data access also provided different ways to visualize data, and easy-to-use tools like ArcGIS StoryMaps and Operations Dashboard for ArcGIS to communicate information without requiring GIS expertise. The state could make its stores of data on water conservation, homelessness, or wildfires not only available but also understandable.

This initial project is part of a larger vision for facilitating data-driven policy development by extending the site with a non-public portion that would be primarily for use by the state’s analysts and researchers. Currently, researchers download data, work on it, and then delete it. This means that their work has limited benefit and cannot be used for additional research. With ArcGIS Hub, access to data, maps, and apps can be controlled so analysts can retain and build on the results of their work.

Ultimately, the California State Geoportal could be used to not only access data the state has already been amassing but also to access and combine it with data from both federal and local government in analyses that will more comprehensively inform government decisions. 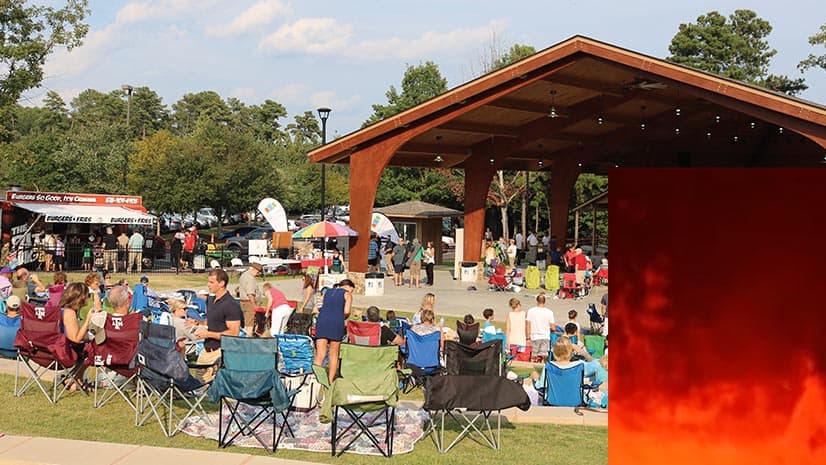 An Open Data Strategy Pays Off for Johns Creek

Using GIS to Build Safer Highways in the Skies