With the CityEngine 2017.0 release, we’ve added many cool and exciting new features, such as scenarios with customizable dashboards, Local Edits and Measure tools, enhanced CGA queries, improved import and export functionality, and all is presented with a new sleek redesigned UI featuring a new welcome screen.

CityEngine 2017.0 introduces the concept of scenarios. With scenarios, you can create multiple design alternatives within a scene. Compare and edit scenarios in side-by-side window views. The new customizable dashboards are scenario-aware and can show reports for multiple scenarios simultaneously. This allows you to analyze the performance of designs against each other in real-time while designing. Using these intuitive planning tools will simplify the complex design iteration workflows. 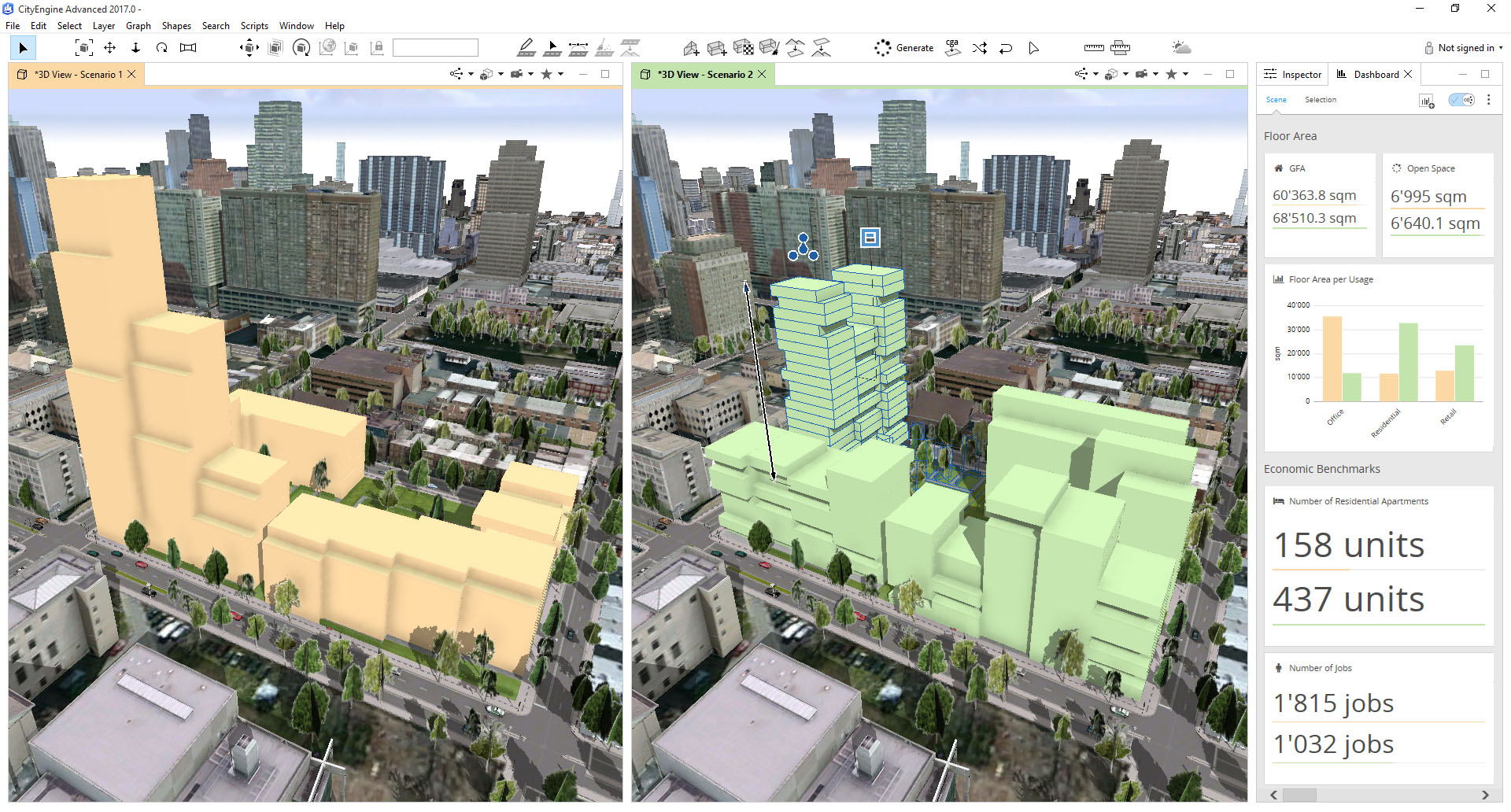 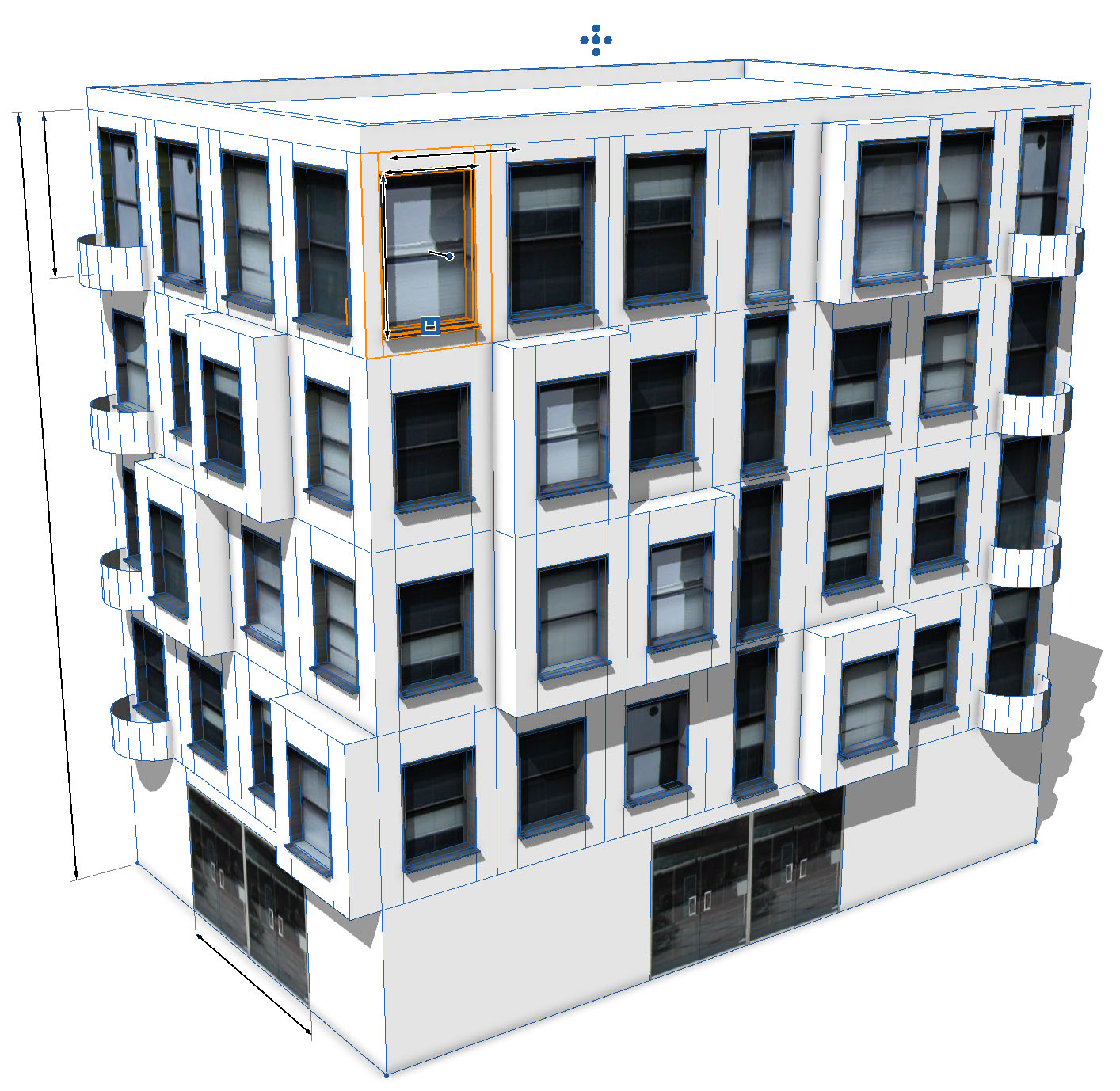 Measure distances, heights, areas, and paths with a new set of intuitive interactive tools. The measure tools include “laser lines” that, for example, allow you to see the elevation of a building relative to all the other objects in the scene. 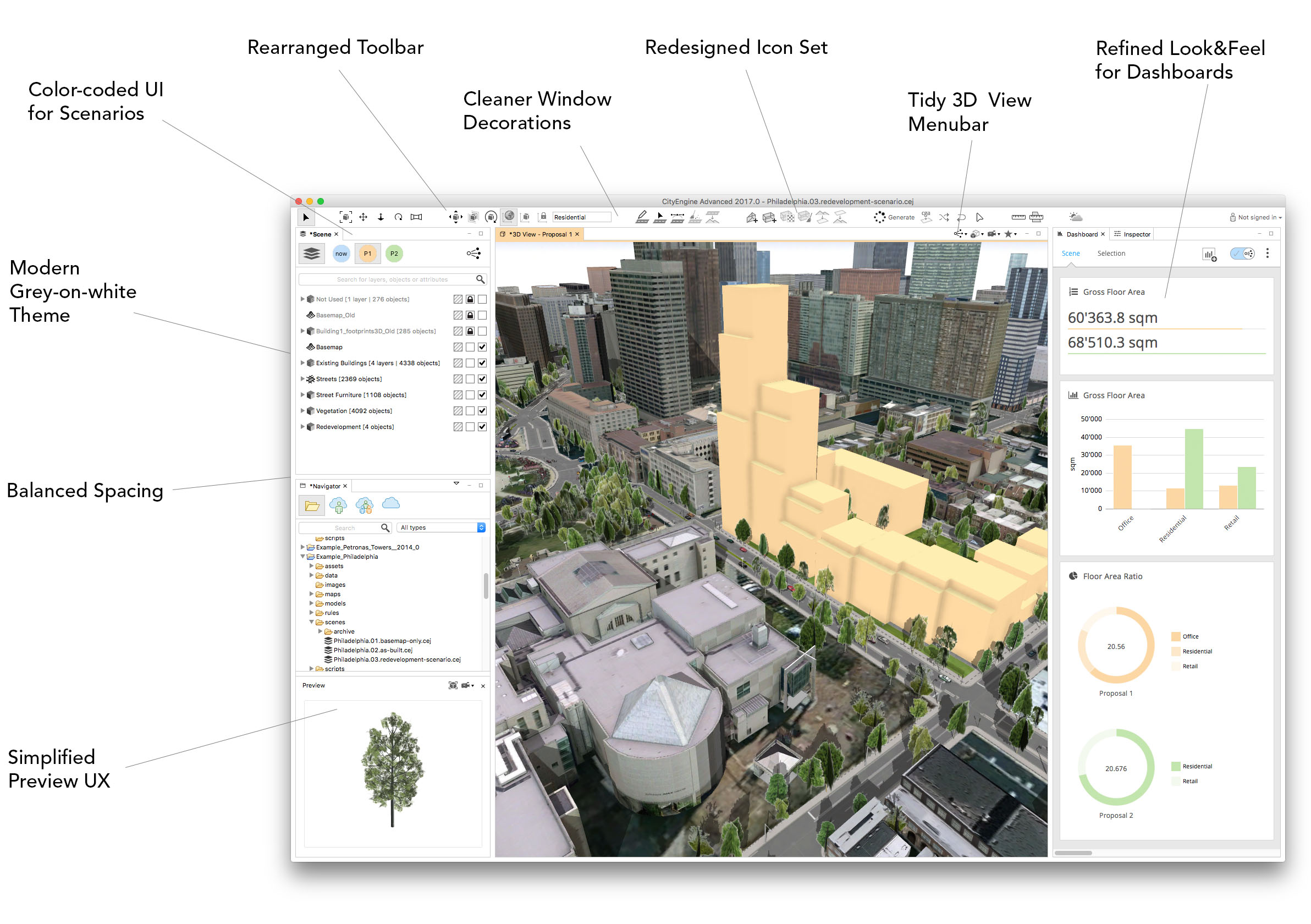 The shape grammar language CGA, now features context operations to query the neighborhood of a shape and make advanced occlusion queries. For example, with the new label operation, you can tag shapes and use a rule to check whether the geometry overlaps with a previously labeled shape or calculate the distance to the nearest label. 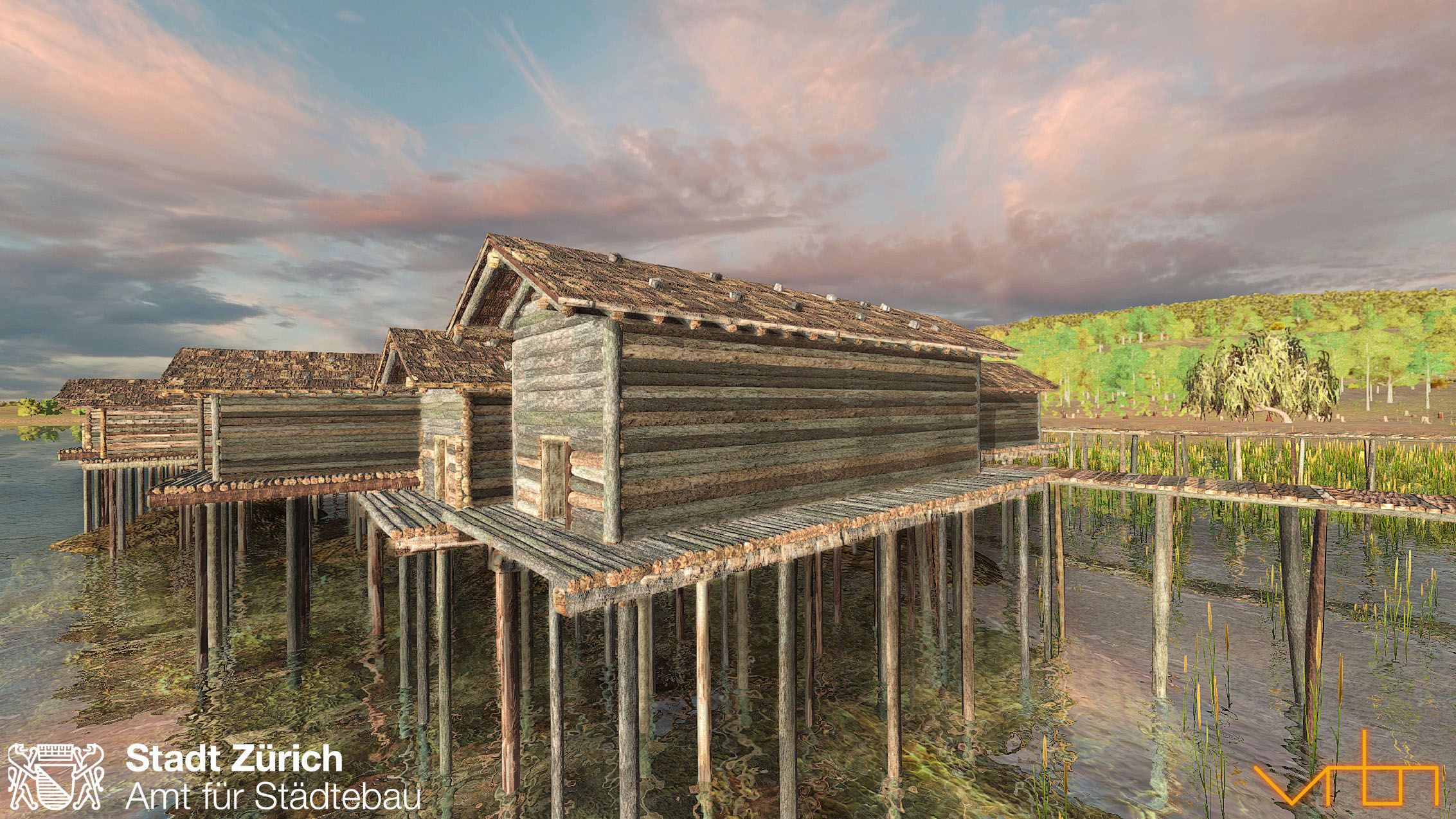 … and many more enhancements and fixes

You can find more news and additional details in the 2017.0 release notes.

Matt is a product engineer living in Zurich, Switzerland. He joined Esri R&D Center Zurich in 2014 and has a passion for 3D! He currently works with the CityEngine and Scene Viewer teams.