In CityEngine 2017.0, we introduce the concept of scenarios, a new way to create different designs for the same scene. For example, scenarios can represent multiple redevelopment proposals for a site or different phases of construction. These designs can then be compared visually in 3D and analytically in the dashboard. With multiple viewports, we can evaluate the 3D layout of each proposal in a side by side comparison. In the dashboard, for example, we can compare how much floor area each design dedicates towards residential, office, and retail space.

This video highlights how scenarios are used to represent multiple fictitious redevelopment scenarios in this example scene based in Philadelphia (http://www.maps.arcgis.com/home/item.html?id=b90b5b5b795c40b6a001d471f9bede51). 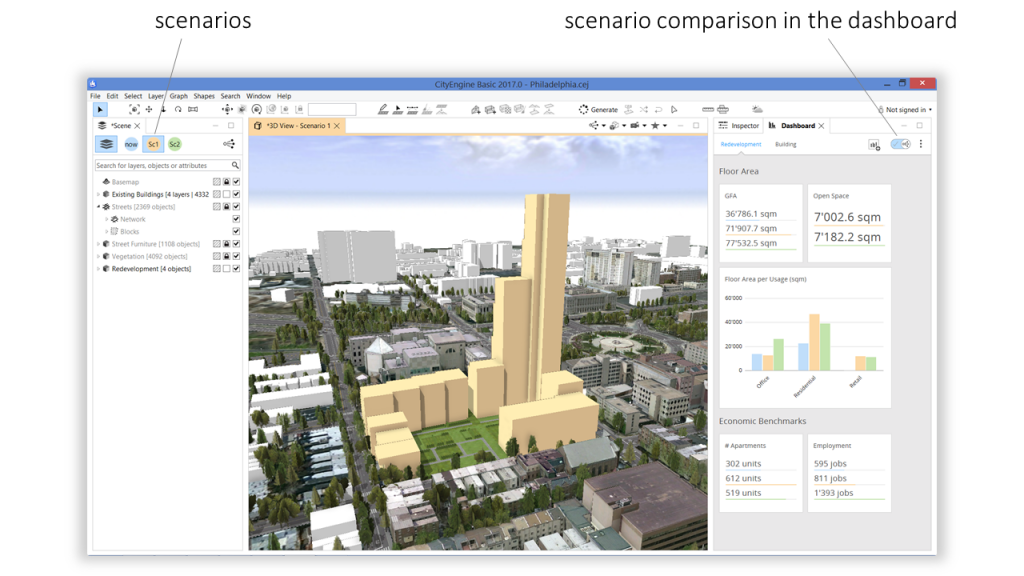 To compare designs side by side, we can open each scenario in its own viewport and look at multiple scenarios simultaneously. In the video, we change the color of the buildings to color them by usage, and the dashboard colors are customized to match, creating an effective side by side comparison of scenarios. 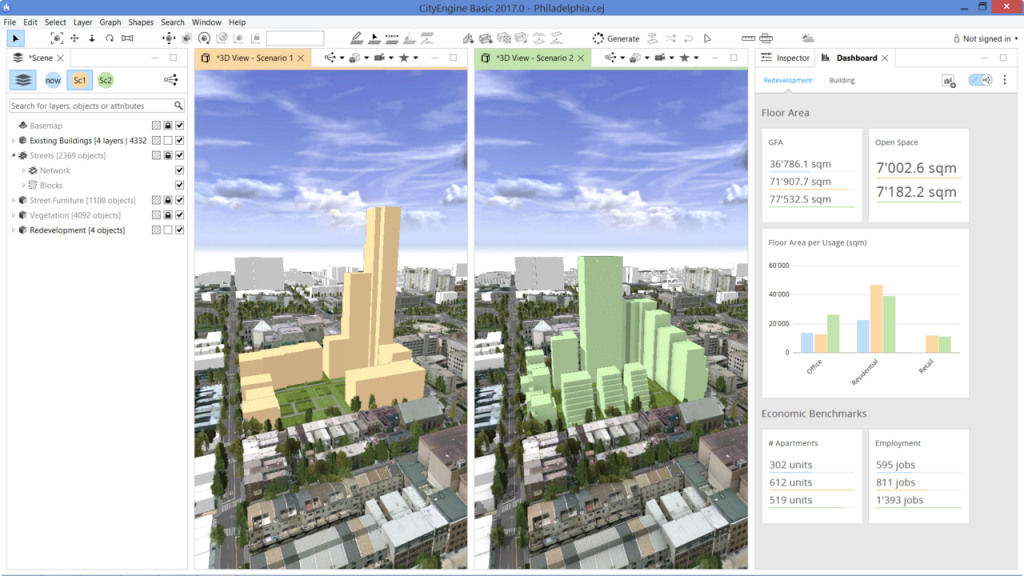 Another new feature available in CityEngine 2017.0 is local edits. Local edits allow us to make local changes to procedural models. For example, with local edits, we can change the window size of a specific window without needing to make any changes to the underlying rules that specify one general window size for all windows. In the video, we decrease the height of a single tower and make the top floor of each tower residential. As the local edits are made to the model, the dashboard updates to reflect these changes. 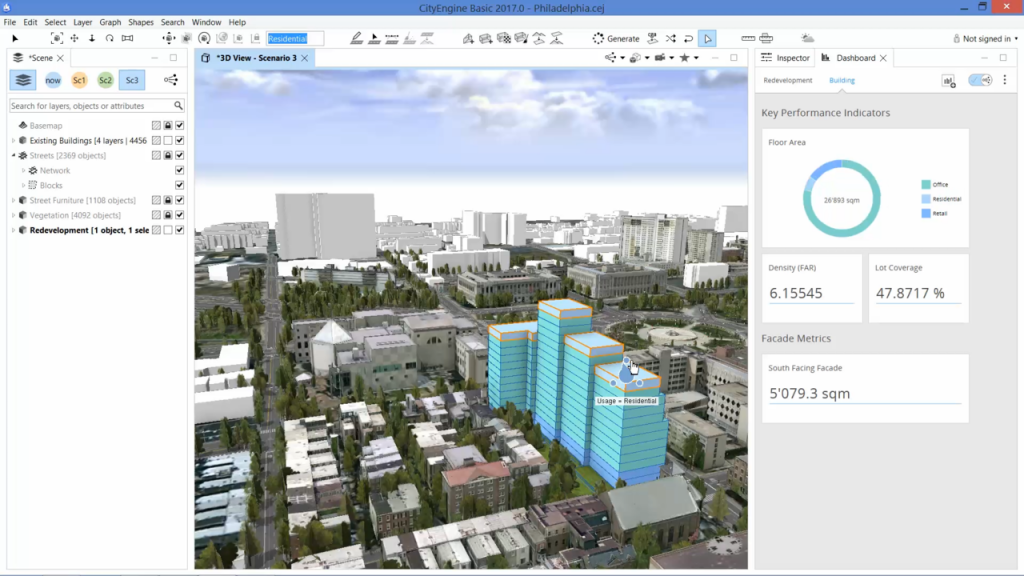 With scenarios and local edits synchronized with the dashboard, CityEngine is a powerful tool for creating, visualizing, and analyzing multiple designs. I hope you find these new features useful in your next project.