Combining architectural analysis with climate change scenarios is the need of the hour. The buildings and buildings construction sectors combined are responsible for 36% of global final energy consumption and nearly 48% of total direct and indirect GHG emissions. You cannot manage what you did not measure, you cannot predict when you did not model. The initiation of any architectural project is a site analysis – the study of the climatic, geographical, historical, legal, and infrastructural context of the chosen site. The site itself exists on many scales – from the plumbing within the building to the large earthquake-prone tectonic region. It also exists in many time scales; The building has to take into context the history of the site but has to account for the next 50 years. Building Information Models used in a geospatial context can be used to juxtapose the planned design against future predictions and the historical context of a site, for a comprehensive site analysis that is visually compelling. The analysis can also be animated to provide a more logical flow to the time-space scale.

Following are two samples of a Building Information Model, which illustrate how different aspects of climate-related modeling can be incorporated in the architectural design analysis.

1. Temperature Predictions: Using Global Climate modeling, and NetCDF data available from various Climate models and project Greenhouse Gas emission models, we can start making site-specific temperature predictions. For an in-depth understanding of Future Climate modelling, there is an excellent tutorial here. The animation below shows a BIM for a hypothetical proposed design in the city of Bhopal in India, and how the predictions for future temperature in a GHG emission scenario (RCP 8.5) will affect the site.

2. History of the Site’s Foundation: With a changing climate, many water bodies have receded to expose dried beds. It is important for architects to understand the history of the site, especially since sites in these areas tend to flood-prone and building on top may restrict a live watershed. To understand in detail about workflows that target this use case, see this excellent ESRI tutorial on classifying land cover. Below you can see how a Building model can be juxtaposed to the historical shorelines of a waterbody.

There are many more scenarios to be incorporated, and with ArcGIS Pro’s growing capability to handle climate-related data formats such as NetCDF, Climate change analysis should become the fundamental step in architectural decisions.

Traditionally, a good site analysis has been a critical step of any architecture project. As the technology to measure more details of the site developed, architects began taking more data into account for their designs. When it comes to sustainability and energy modeling, the availability of BIM and energy modeling software has helped the industry.  There are many standards now available for measuring a building’s energy footprint. In 2015, the American Institute of Architects 2030 Commitment set new benchmarks for predicted energy use intensity, as part of the initiative’s goal of 100 percent carbon-neutral projects by 2030.

As Stacey White, founder Mode Associates (one of the firms that signed on to the 2030 commitment) and faculty at Cal Poly pointed out “When I started 20 years ago, you became dependent on the engineer to find if we were doing it right, and that came too late in the process. Now we can do it very early. It puts those important decisions back in the architect’s hands.”

However, energy efficiency is only one of many climate change-related issues that architecture needs to address, such as stormwater and floodplain management, land use, fresh-water consumption, and adaptation to sea-level rise. The representation of these metrics of climate and energy at the same place is a vital thing, the clients and other stakeholders need to be brought on-board.

It is rare that climate change predictions are accounted for, and the result of this oversight is affecting an increasing number of buildings every year. An example is Fallingwater, Frank Lloyd Wright’s iconic building which was damaged due to flooding in 2017. In Copenhagen, 50-year extreme rainstorm events have become almost biennial. This excerpt from an in-depth researched ESRI article clarifies the need to have a climatic foresight when designing the built environment.

“Historically, the risks of building in low-lying terrain weren’t foreseen…Unfortunately, over the past decades, many residential developments were constructed in such areas. Today, these are the low-lying areas where water pools during cloudbursts. Homeowners living on such abandoned farmland face the challenge of frequent floods.”

Vernacular architecture, which is sensitive to the local climate and materials, is more attuned to addressing climate change. Architects in some parts of the world were still keeping the design principles of vernacular architecture alive, actively using local materials and designs that were thermodynamically appropriate for even larger climate trends. Western architecture is now looking at traditional models of vernacular architecture. Some climate change standards are also heavily inspired by these standards of zero energy loss, for instance,  Passive housing guidelines. However, because of unprecedented changes in the larger climate trends, we need to append vernacular knowledge with models that cover a variety of contingencies.

And finally, since architecture is a heavily client-driven industry, it often boils down to the priorities of the stakeholders. Even a well-intentioned architect might find it hard to make a case to not have an Olympic swimming pool in a drought-prone area if she could not visualize the model and make a compelling case to the client.

What are some of the contingencies that our built environment should actively account for in its design? A non-exhaustive list is below; Each building will have its own unique scenario to prioritize.

As climate data becomes more accessible, it can be used for a variety of analysis hitherto considered expensive and we should use this information to inform our building model more effectively.

Neeti is a Designer and Engineer working at the Environmental Systems Research Institute. She has a dual portfolio of work at ESRI - developing software products for three-dimensional GIS data including Revit and multidimensional data, and directing the solutions initiative for GIS for Equality and Social Justice. She has a degree in Masters in Design Engineering, both from Harvard Graduate School of Design as well as the Harvard John A. Paulson School Of Engineering And Applied Sciences. Her past experience has been in subjects of urban informality, craft forms in India, politics of technology and design, performing arts and missile systems engineering. 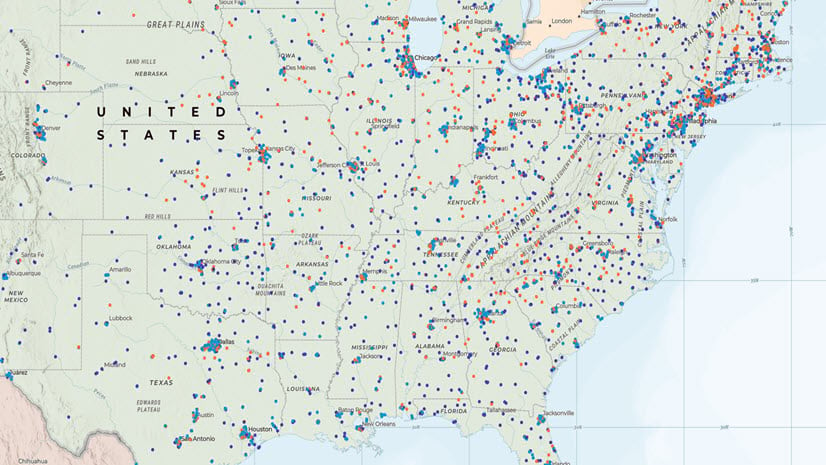