ArcGIS Open Data is available in 24 languages and sites around the world are taking advantage. This week we’ll look at one foreign site from Muroran, Japan, which has over 20 datasets and counting. Process is incredibly important in any open data initiative, and since I can’t read Japanese, let’s look at what went into the site before it went public.

Over three years, Muroran implemented a fully integrated enterprise GIS platform across all city departments where 1,200 employees could connect as users. Having ArcGIS Open Data as a built-in part of their platform made it easy for users to share data and make it available to the public, and required no extra budgeting. The ease of spinning up a site coupled with Muroran’s dedication to transparency caused a quick implementation of ArcGIS Open Data, officially launched in October 2014.

Opening up Muroran’s data is seen as a duty to the city. Yukito Maruta, the Chief of the Information Policy Section, notes that the city “owe[s] taxpayers for being able to produce the data”— city data is considered publicly created and publicly owned. As such, all of Muroran’s datasets are explicitly licensed under a CC-BY license, noted as the most accommodating of Creative Commons licenses offered. As long as they attribute the city, users are free to use the data however they like.

To encourage use, the city is planning to further engage with citizens to capture their wants and needs as they move all public data to their ArcGIS Open Data site. Muroran knows opening data is just one step in creating an effective open data initiative, and as they participate in open data promotion councils and consortiums, they prove themselves to be a leader in creating a progressive initiative with a strong sense of responsibility and determination.

Also, their whale is the best. 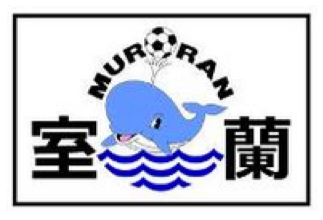