Our recent update to North America in a number of our basemaps was achieved through two primary data source enhancements. First, we applied our commercial data updates from HERE. Second, we expanded the use of contributor data to enhance content in the Living Atlas of the World. Through our Community Maps Program this data is being added to other Esri basemaps besides the World Topographic Map. The resulting maps available on ArcGIS.com take advantage of this two-step approach. This North America update includes World Street Map, World Dark Gray and World Light Gray Canvas maps, and our World Boundaries and Places, World Boundaries and Places Alternate, and World Transportation reference overlays.

Some examples of what our other maps now look like when incorporating Community Maps data. The expanded use of this data into other basemaps offers more options for those communities to select a basemap style while still using their contributed data. Let’s start with the previous view of World Street Map in the City of Gahanna, Ohio. 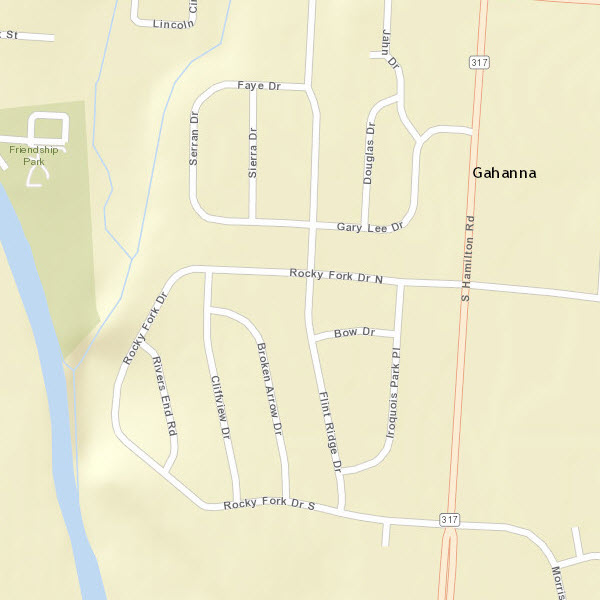 The addition of Community Map data contributed by the City of Gahanna now provides a richer map experience across multiple features in the map. Water bodies, parks and other land use, building footprints, and named features that were previously only used in our World Topographic Map are now included in the other basemaps. 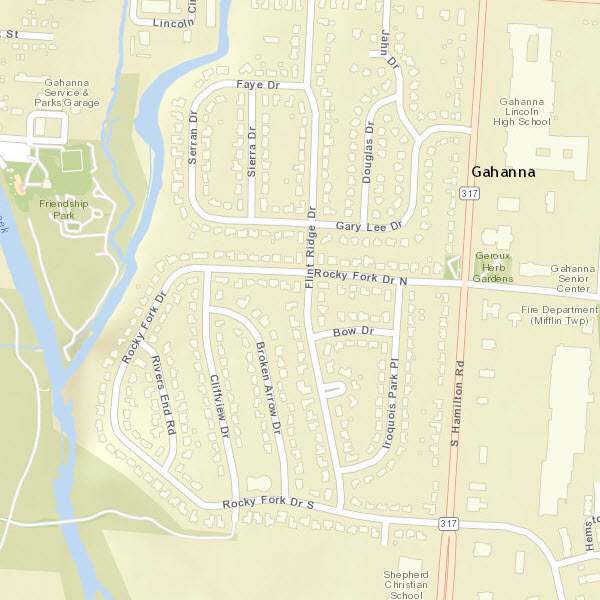 City of Gahanna, Ohio, with a combination of commercial road data with community contributed data enhancements

And how this expansion of data looks in the canvas map styles and Boundaries & Places shown over imagery. 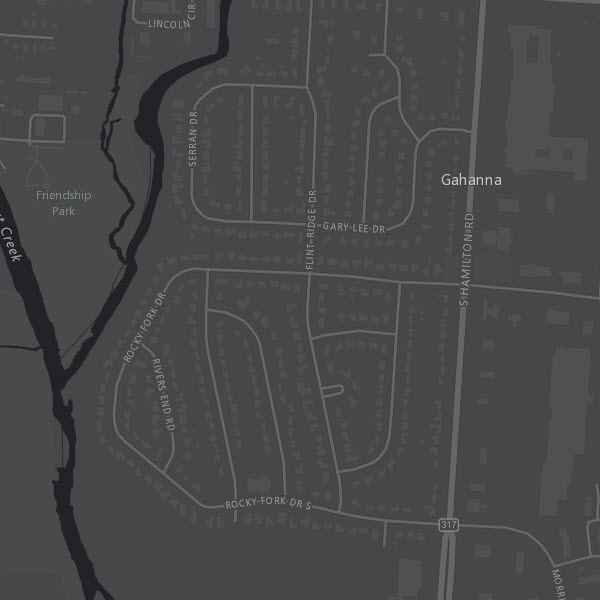 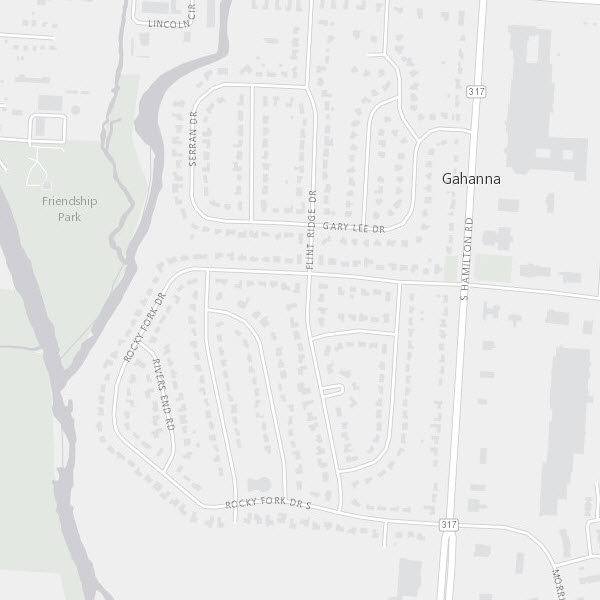 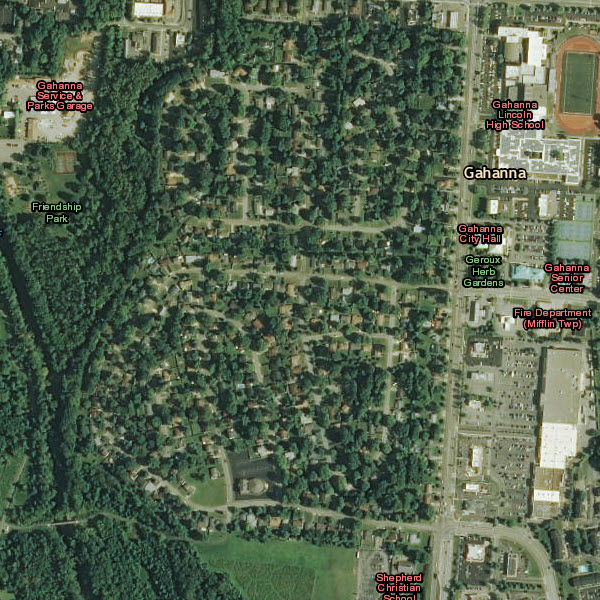 See these screenshots of the World Street Map with the added contributor data.

University of Idaho – “before” 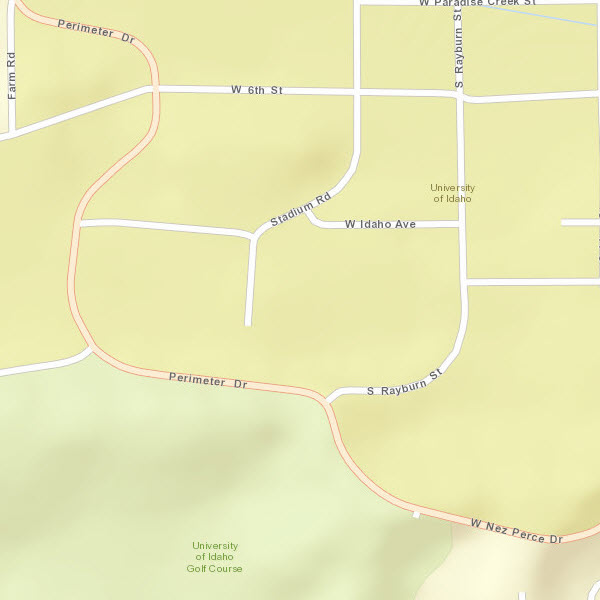 University of Idaho – “after”. The World Street Map incorporated community content to enhance the map. 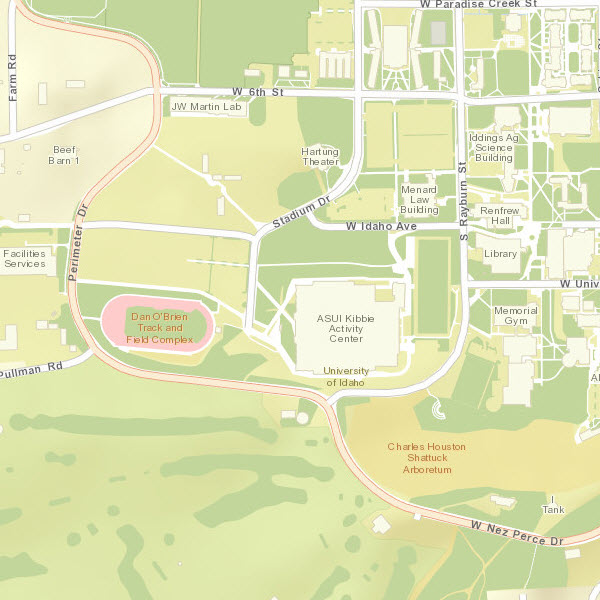 Note that not all features contributed through the Community Maps Program appear in all basemaps. Two examples are community road and tree data. Both of these features only appear in our World Topographic Map. The other basemaps continue to use our commercial data for roads. Trees are not part of the other basemap designs, so they will continue to only display in the Topographic map when contributed.

How do I Use? Combine content from the Living Atlas with your own data. Create powerful new maps and applications!

How do I contribute? Join the growing community of Living Atlas of the World contributors. There are two ways to contribute!

Living Atlas Newsletter: This newsletter will keep you and other members of the Living Atlas user community informed through success stories, examples of applied use, visibility of new content, announcements about events, and other useful resources and information. Subscribe to the Esri News for the Living Atlas Community. You can have the newsletter sent right to your inbox by subscribing here.

Share your story: How has contributing to the Living Atlas Community benefited your organization and community? Has your participation helped meet a particular challenge? Has your applied use of Living Atlas content solved a problem or help meet a goal? Email me at smatthews@esri.com so we can promote your success.

If you have previously used these maps, you may need to clear your cache in order to see the updates.

If you have comments on content, try our feedback web maps available for Street Map, Topographic Map, and World Imagery.