Have you ever looked at socioeconomic and demographic data trends for an area and wondered why there was an unexpected change in population? Or how the number of households could increase by 50% in one year?

These are the questions that data users grapple with daily. And the numbers aren’t always what they seem.

Let’s look at ZIP Code 18346 in the state of Pennsylvania… In 2017, the total population was 1,449. In 2018, the total population was 2,521. At face value, it appears there was a 74% increase in population between 2017 and 2018! Upon further exploration however, we can see that the geographic area represented as ZIP Code 18346 in 2018 was dramatically different from that in 2017, and was much larger. In essence, the two population counts were not comparable because they were not representative of the same geographic area. When normalized for geography, there was minimal growth in this ZIP Code.

This is all good background for what’s happening right now, and only happens every 10 years, in the U.S. Can you guess? It’s the decennial census. In addition to counting every person in the U.S., the U.S. Census Bureau also adjusts the boundaries of census geographies to better reflect visible features and nonvisible legal boundaries, as well as maintain an optimum population size within geographic units.

In June, Esri will expand the available datasets in 2020 geography by releasing a full complement of 2010 Census data as well as Esri’s annual 2022 estimates and projections for the U.S.

Save time working with data…

Esri has also built some shortcuts for working with this data:

Esri Demographics including Census data are available in various products including:

For information about purchasing data as a stand-alone dataset, contact datasales@esri.com. 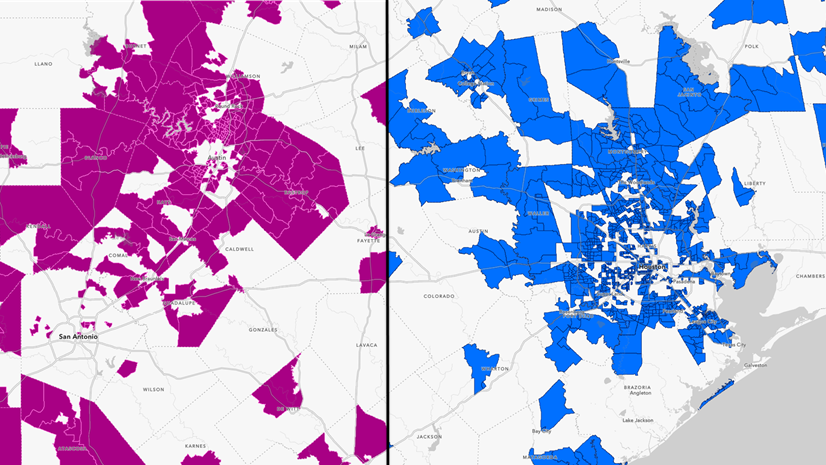 The 2020 Census brought along new US boundaries. See how this impacts the Census ACS layers within ArcGIS Living Atlas.

This is the first release of detailed information about the U.S. population from Census 2020. 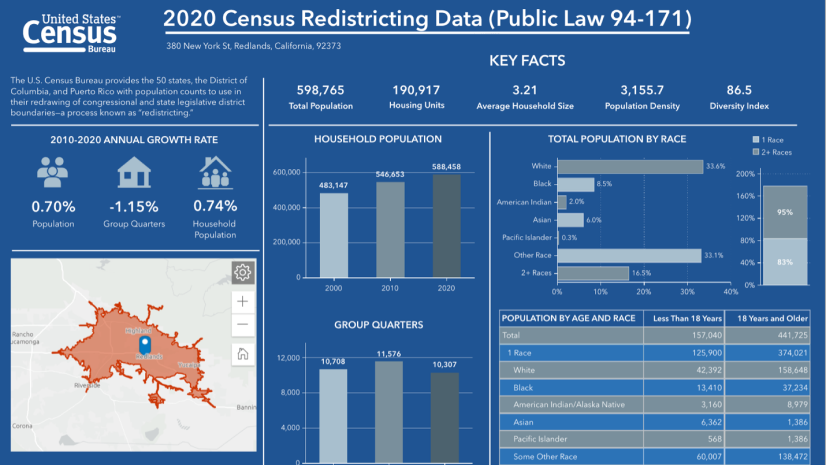 Learn about the Census 2020 redistricting data, which is optimized to be used in ArcGIS Business Analyst Web app.