We are very pleased to announce that the next generation of ArcGIS Runtime is available to Android, iOS and Java beta testers today from our Developers website. This release, named Quartz, is undoubtedly our biggest release to date. 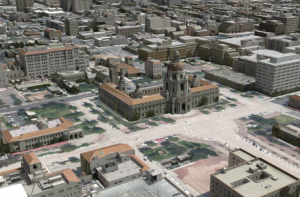 July 2012, and over that time we‘ve added support for 5 new platforms and APIs, and added new mapping and GIS functionality; we’ve also learned a lot along the way.    With the Quartz release we’ve taken a fresh approach and built something special; significant new functionality all comes together on a new architecture to provide you with the critical functionality you have been asking for on all platforms and all APIs at the same release.   Some of the highlights include: 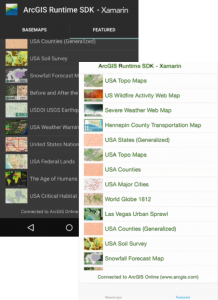 As we work towards the final release, planned for Q1 next year, we will have a number of beta drops.   Each beta targets a set of workflows so that you can fully exercise specific capability.  Beta 1 focuses on connected workflows, while Beta 2 will be about disconnected and local data usage along with cross platform development.   3D and on-the-fly analysis will follow with their own beta releases.   Since the Qt and .Net teams recently released 10.2.6 they are a little behind the other SDK teams so their Beta 1 will be delayed a couple of months, however, they are aiming to catch up and release final with everyone else!

All this new functionality means you’ll be able to build some amazing Apps on the platform of your choice, it also means there is a lot to learn.   Over the course of the next few weeks we’ll be posting a Quartz Blog Series that goes over the new functionality in detail, the new APIs and the changes that you’ll see when you start to build apps with Quartz.   We currently have the following posts planned, if you have other topics you’d like to see covered, or thoughts on the ordering, please let us know and we will try and accommodate.

Aimed at developers who want to know how it works; this post will cover in detail our internal architecture, and the changes that have been made for Quartz.   It will act as a good primer and help explain some of the API changes that developers will see.

The Mapping API is one area that has undergone a significant amount of change to accommodate the new capabilities.   This post will go into detail on topics such as loading and saving maps, working with layers, views and overlays.    The new loadable pattern for working asynchronously with remote resources is also covered.

Portal and the Web GIS Information model is at the heart of the ArcGIS Platform.    The new portal API released with Quartz has many new features that make working with portal and it’s content a rich but straightforward experience.    This post will cover the improvements we have made when working with authenticated users, as well as the new portal capabilities now available.

This post will cover the changes to the geometry API, and provide clear reasons why they were done and the benefits that the changes have on the runtime. 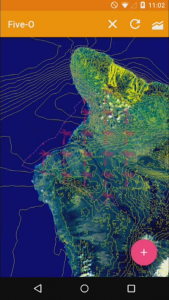 An exciting new area of functionality is the support that Quartz has for working with raster and vector data stored locally on your device.   We’ll cover the new APIs as well as the formats that are supported.

This post will cover the new 3D API, and will introduce the aspects of the ArcGIS 3D platform functionality exposed in runtime, and highlight some unique characteristics of 3D that developers will be able to exploit in their apps.    It will also highlight the similarities to 2D mapping and show how you can write a lot of code to be agnostic between 2D and 3D.

This post will cover enhancements to the Java and Qt APIs released at quartz and how these APIs support even more options for cross platform development.    It will also introduce the new Xamarin API for .Net developers.

Covering both the architecture of our general GPU based compute framework and the specific analysis tools we’ll be supporting, you’ll get a good understanding of what‘s now possible when working on your device.