The World Imagery basemap now includes more recent 1-meter resolution imagery for much of the United States. The addition of USDA Farm Service Agency (FSA) imagery from the National Agriculture Imagery Program (NAIP) now provides NAIP 2013 imagery for 23 states (as shown at bottom). The imagery is available at scales ~1:36k to ~1:4k and replaces two or more year old imagery in these areas. The sub-meter imagery from DigitalGlobe and our community contributors is still visible at the two largest scales (~1:2k and ~1:1k) because of its higher resolution. In the coming months, NAIP 2014 imagery covering an additional 24 states will be released to the World Imagery basemap.

The sample images below illustrate some of the changes that are readily noticeable. In each example, the NAIP 2013 imagery is on top.

In Miami, FL, construction of Major League Baseball’s Marlins Park, complete with a retractable roof, began in 2009. The first pitch was thrown by the home team in April 2012.  The NAIP 2013 imagery replaces imagery from 2010. 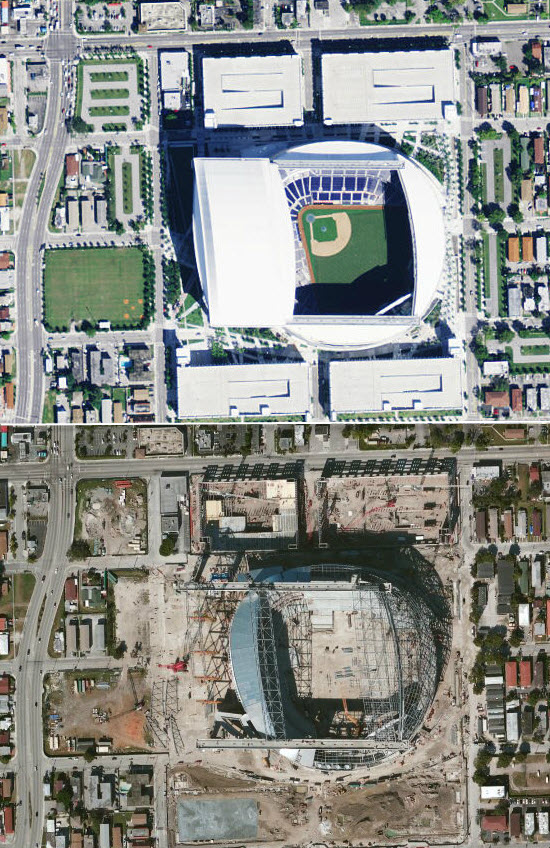 In nearby Miramar, FL, the former Eagle Woods Golf and Country Club converted to an all residential property. The NAIP 2013 imagery also replaces previous imagery from 2010.

In Oklahoma City, Interstate 40 is shown in its new location, dipping south of its former route through downtown (2011). The old Crosstown Highway was completely removed and the new interchange with I-235 is seen in the image’s upper right. 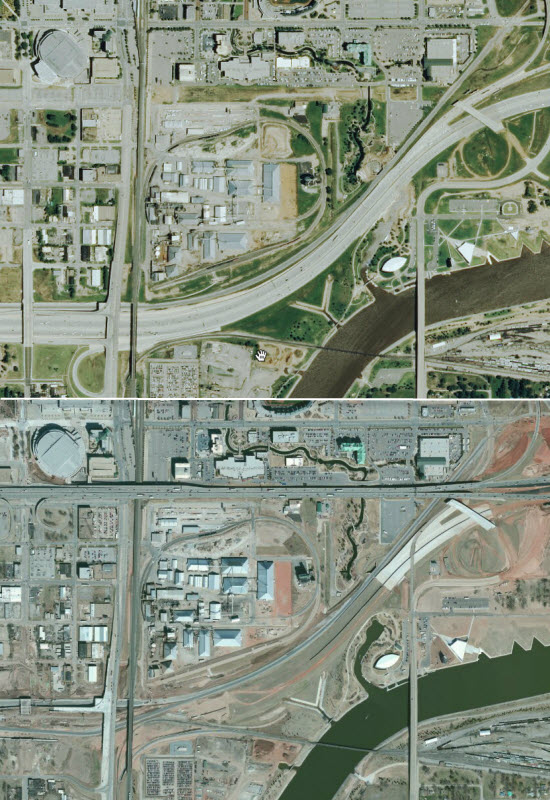 In the Mesabi Iron Range of Itasca County, MN, the addition of mining operations has significantly altered the landscape in as little as two years (2011-2013). This image is near the town of Taconite, MN. 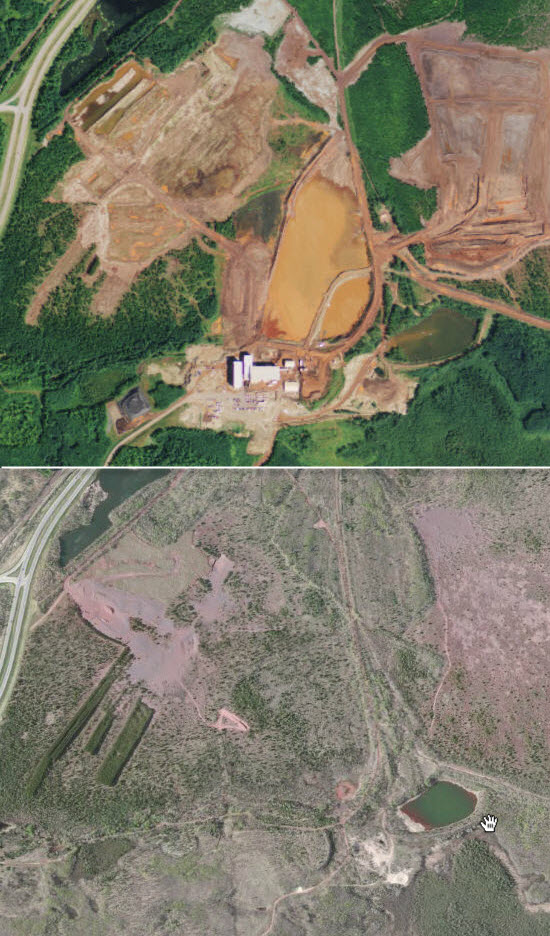 And back to the ballgame…in Birmingham, AL, the minor league Barons play in a new stadium just south of the city’s Railroad Park. Regions Field was built in a 14-month time frame, opening in April 2013. The previous imagery was from 2011. 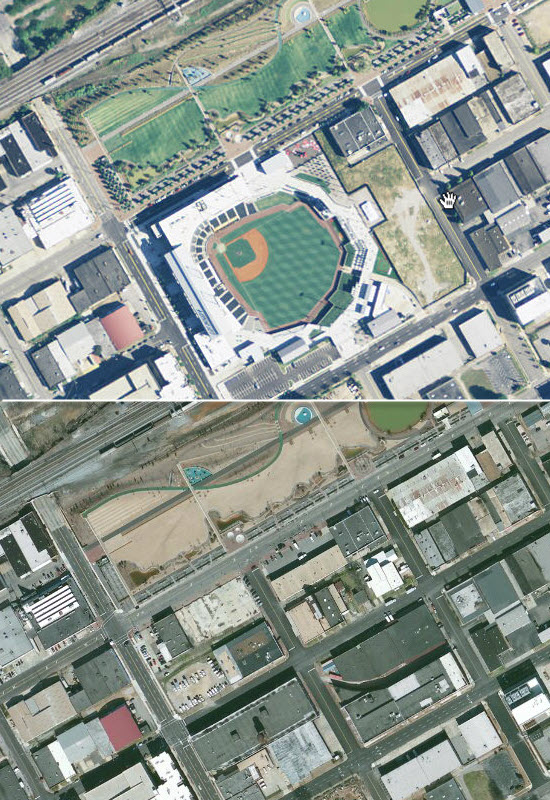 The coverage area of the NAIP 2013 imagery updated across 23 states in this most recent release: 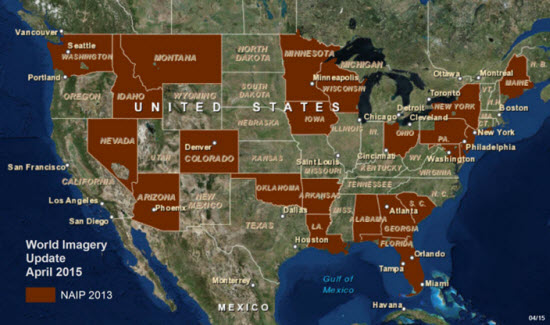