About geographic transformations and how to choose the right one 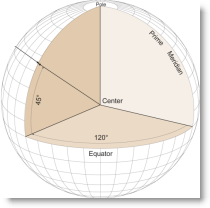 You will often be prompted to select the geographic transformation when you are projecting data or setting the projection of a data frame in a map document. Here are some concepts that might help you understand what this is all about AND how to make the right selection.

First, “geographic coordinates” are expressed in terms of latitude and longitude. “Latitude” is the north-south angular measure from the equator to the point of interest. “Longitude” is the east-west angular measure along the equator from the prime meridian to the point of interest’s longitude. Assuming that the earth is a sphere, geographic coordinates are determined relative to the center of the sphere – these coordinates are called “geocentric latitude and longitude”. (See the figure at the right; all figures are from Map Use: Reading and Analysis, 6th edition, Esri Press.)

Second, we know the earth is not a perfect sphere – it is elongated along the equator due to centrifugal force – its “equatorial radius” is longer than its “polar radius”. (The figure below is drawn using the real difference in length between the two axes which is not noticable at this scale.) 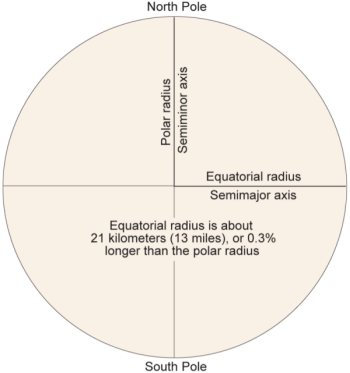 Therefore, instead of assuming that the earth is a sphere, we can more accurately assume it is an “oblate ellipsoid of revolution” (a sphere that is slighted squashed in at the poles), which we usually just call an “ellipsoid”. Rather than use coordinates defined by the spheroidal approximation of the earth, we use geographic coordinates expressed as latitude and longitude that are referenced to a particular ellipsoid of a defined shape and size. These coordinates are called “geodetic latitude and longitude”, and they will be slightly different from the geocentric ones. (See the figures below; in the one at the right, the difference between the equatorial and polar axes is greatly exaggerated!)

Different ellipsoids are used to approximate the earth, based on slightly different definitions of polar and equatorial axes of the ellipsoid – that is, the size and shape of the ellipsoid.

Third, imagine that the ellipsoid that is used as the model of the earth is then “positioned” relative to the surface of the earth to fit a specific area or use. This “fitted ellipsoid” becomes the frame of reference for specifying point coordinate locations, and it is called a “datum”. You should now be able to see how coordinates are datum dependent!

Fourth, the datum, along with the prime meridian and angular units comprise a “geographic coordinate system” (GCS) which is referenced to the 3D ellipsoidal approximation to the earth. style=”text-decoration: underline” This is used to specify locations defined by latitude and longitude and heights above or below the ellipsoid at any latitude, longitude location.

You can see that when you select the PCS you want to use, you also need to select the geographic transformation (step 3 above) because there are multiple mathematical calculations that can be used to define how the coordinates will be converted to the new GCS. Note that even if you are converting from one GCS to another GCS, you still need to define the geographic transformation; however, the will be no need to convert from PCS to GCS and visa versa during this kind of projection process.

So how do you choose the geographic transformation that should be used? Here are two Esri Knowledge Base articles that can help you:

HowTo: Select the correct geographic (datum) transformation when projecting between datums. This article contains links to downloadable zip files (for different versions of the software) that contain a list of all available datum transformations and their appropriate geographic areas of use.

HowTo: Determine which NAD_1983_To_WGS_1984 transformation to use.  The gist of this article is summarized below:

To learn more about geographic transformation methods, check out:

Thanks to Melita Kennedy, David Burrows, and Rob Juergens of the ArcGIS Projection Engine Team for helping me to make sure I said things correctly! 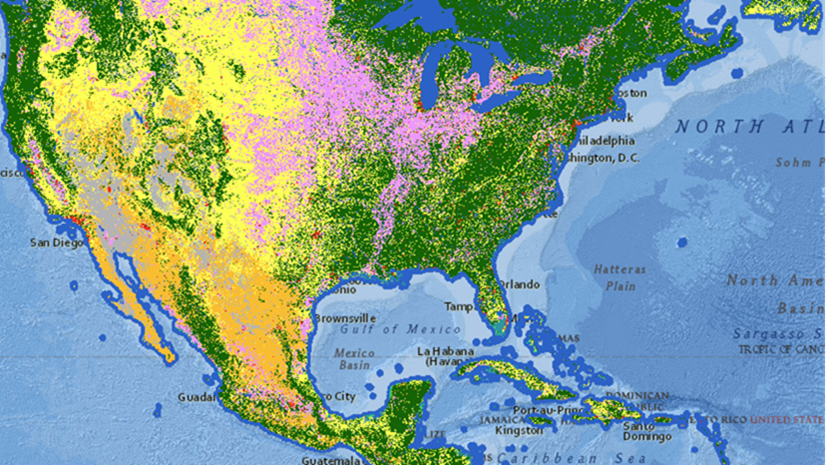 ArcGIS Image for ArcGIS Online advantages for your organization