Does every map need a north arrow and scale bar? 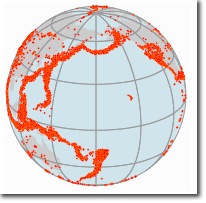 I had an interesting email conversation this morning with one of my mentors, and the subject revolved around whether all maps need a scale bar and north arrow. He was trained in the “old school” of cartography, as he admits. His cartography teacher once gave him a “D” on an assignment for “turning in a map with no stated scale, no north arrow, an inappropriate title, and no statement of where the data came from.” This sparked a conversation about whether all maps do need these map elements.

I teach my students that a north arrow and scale bar are not necessary on all maps — indeed some should not have them, such as orthographic views of the world. One common mistake I see is a north arrow on a smaller scale map (say the United States) in a Lambert Conformal Conic or Albers Equal Area projection — on these types of map, north is only North along the central meridian (due to the convergence of the meridians toward the pole). But we still have an obligation to help the map reader with scale and orientation, so instead of a north arrow the graticule should be shown. A cardinal rule is that a large scale map oriented such that North is not “up” must have an orientation indicator, most easily shown with a north arrow, since these tend to be larger scale maps.

However, I do think that all maps should have an appropriate title! It should also be possible for someone to find out where the data for a map came from, though there may be ways for people to convey this information other than text printed on the page layout. For example, the data that relates to a map on a page in an atlas can be located elsewhere — perhaps in a list of courses toward the end of the book.