How do you put a north arrow on a map with the UPS grid coordinate system? 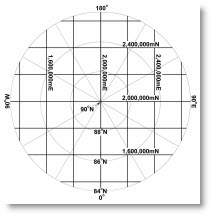 We received this very interesting question the other day on Ask a Cartographer: “What is common practice for map orientation and the use of north arrows for maps using the UPS projection? Do you keep grid north up and turn the north arrow accordingly, or do you rotate the map so true north is up and so the UPS grid is tilted like with the UTM projection? With UPS the rotation could be very large, up to 180 degrees.”

For those of you not quite familiar with the terms, “grid north” is the positive northing direction of a grid coordinate system used on a map. The Y or northing values of the projected coordinate system increase in the direction of grid north. “True north” is a fixed location on the earth—the north pole. The meridians of the graticule (the arrangement of parallels and meridians) converge at true north. In a cylindrical projection like Miller Cylindrical projection (figure 1) which has straight up-and-down meridians, the direction of true north is the same as grid north. 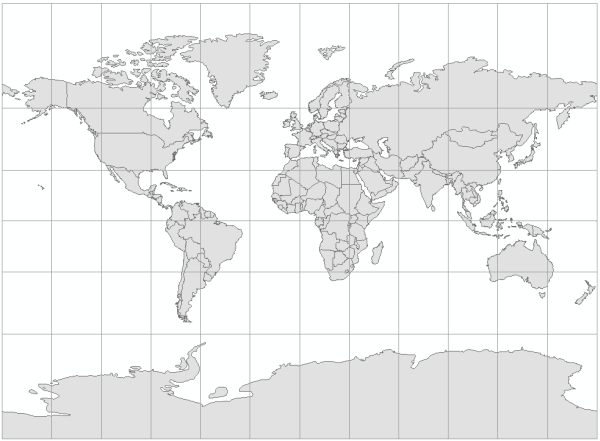 Universal Polar Stereographic (UPS) is a grid system used for the north and south polar areas. It corresponds to using a UTM zone elsewhere in the world. There can be a variation between true and grid north of up to 180º for the UPS system. In figure 2 (from page 66 of Map Use: Reading and Analysis, Sixth Edition), the grid coordinate system is symbolized with black lines and the graticule is symbolized with gray lines. Following standard cartographic convention, grid north is aligned to the top of the page. True north, which varies across the entire map, is indicated by the graticule. 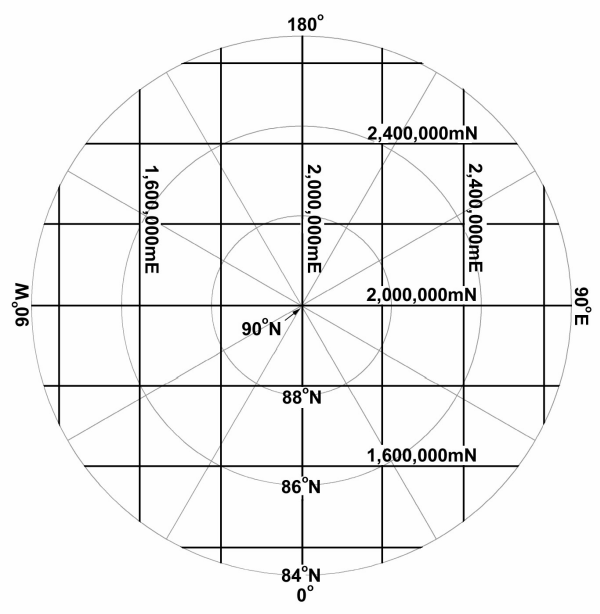 Figure 2. The north zone of the UPS grid system.

You can see that the 2,000,000 meter easting line aligns with the 0º and 180º meridians, and that grid north is equal to true north only on the 0º meridian. In fact, on the 180º meridian, grid north is exactly opposite from true north! This is also documented on page 3-3 (PDF page 23) in the NGA (previously DMA) publication, “Universal Grids: Universal Transverse Mercator (UTM) and Universal Polar Stereographic (UPS)” available at https://www1.nga.mil/ProductsServices/GeodesyGeophysics/Related%20Documents/TM8358_2.pdf: 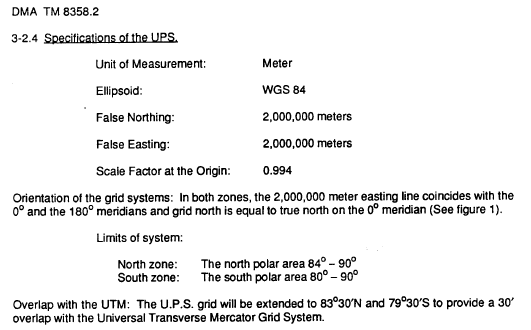 On page 3-3 of the NGA publication, you will find the same graphic as in figure 3. You can see that one way to indicate this using map marginalia is to include an arrow labeled “Grid North”. 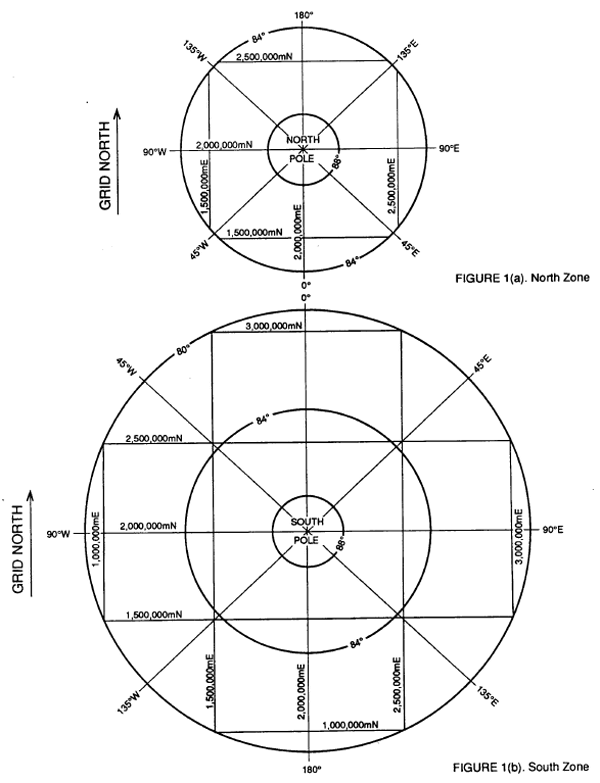 Although we haven’t seen any large scale topographic maps of these areas, it seems that either aligning the map to true north or grid north is done for specific applications. A declination diagram, as shown in figure 4, should show the difference between the two in either case, but the map user should be aware that there will be a significant variation in the orientation of meridians across the map for all but large scale maps. 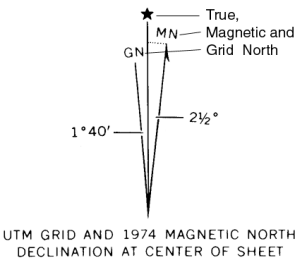