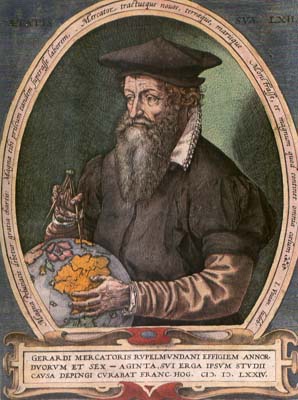 March 5, 2012 marked what would be the 500th birthday of Gerhardus Mercator (1512—1594). Mercator was a Flemish map maker and geographer. In 1569, he created the Mercator projection, which is widely used for navigation because straight lines drawn on maps that use this cylindrical projection are lines of constant compass bearing (rhumb lines); a variation of his projection is used today for many web maps. Mercator mastered the essentials of mathematics, geography, and astronomy and primarily supported himself through his craftsmanship of mathematical instruments. With Gemma Frisius, another producer of globes and mathematical instruments, and Gaspar à Myrica, an engraver and goldsmith, he made Louvain, Belgium, an important center for the construction of globes, maps, and astronomical instruments.

Mercator began making maps independently in 1537. He encouraged Abraham Ortelius to compile the first modern world atlas, Theatrum Orbis Terrarum (1570). Mercator’s first atlas, published in 1578, contained corrected versions of maps originally drawn by Ptolemy. The atlas he published in 1585 included maps of France, Germany and the Netherlands, and in 1588 he published an atlas showing the Balkans and Greece. After his death, Mercator’s son Rumold added additional maps in a final part published in 1595. 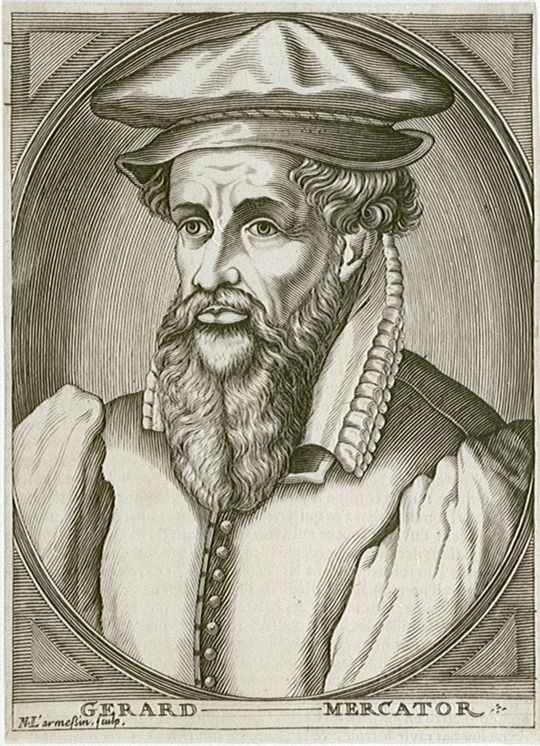 Figure 1. This portrait engraving of Mercator was published in 1739 in the first volume of Joannis Francisci Foppens’ Bibliotheca Belgica.

About the Mercator projection 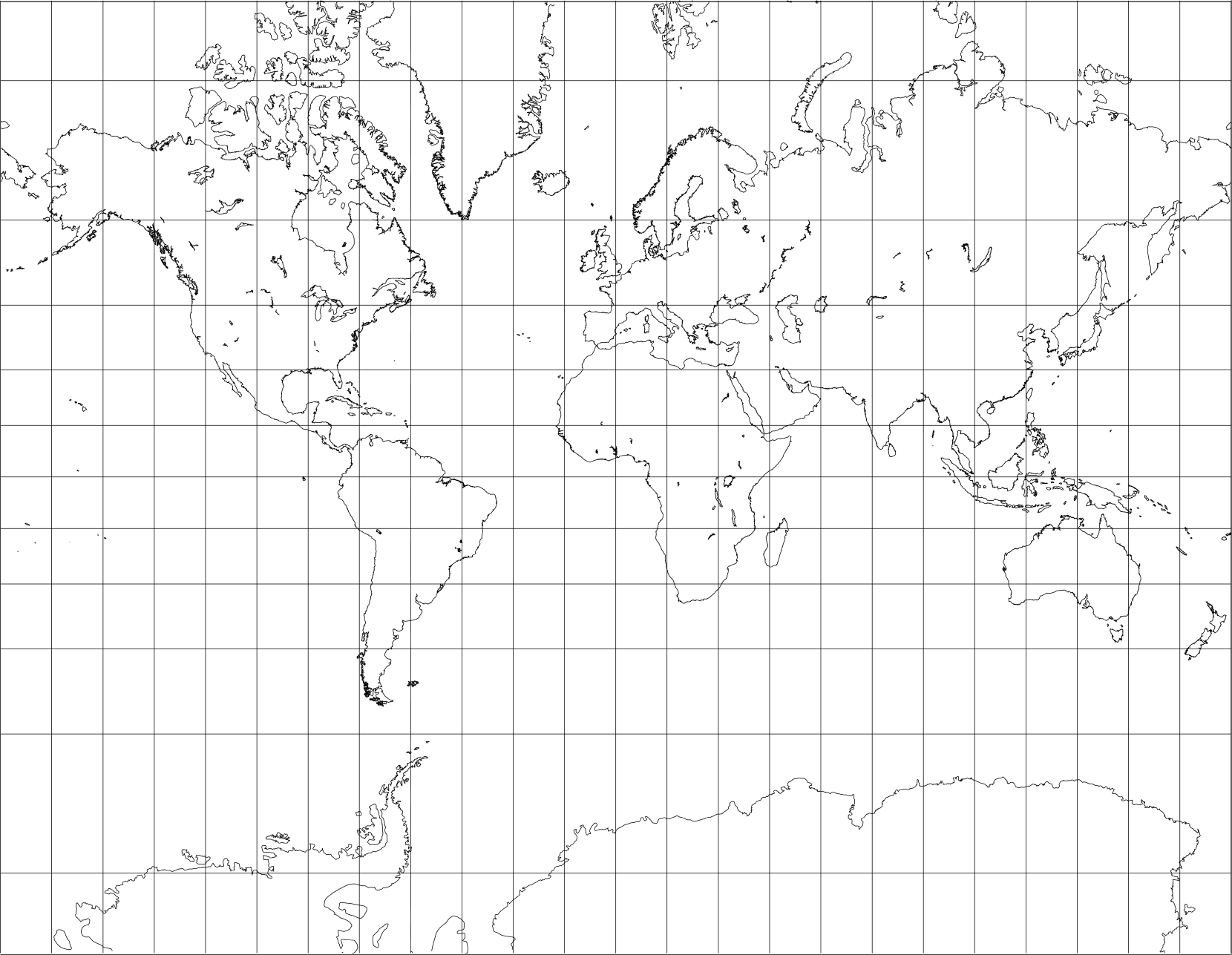 Mercator knew that meridians on the globe converge toward the poles, so that meridians that he had drawn as parallel vertical lines must become progressively more widely spaced toward the poles than they would be on the generating globe. He progressively increased the spacing of parallels away from the equator so that the increase matched the increased spacing between the meridians. As a result of this extreme distortion toward the poles, he cut his projection off at 80°N and S. This not only produced a conformal map projection, but also the only projection on which all lines of constant compass direction, called rhumb lines, are straight lines on the map. 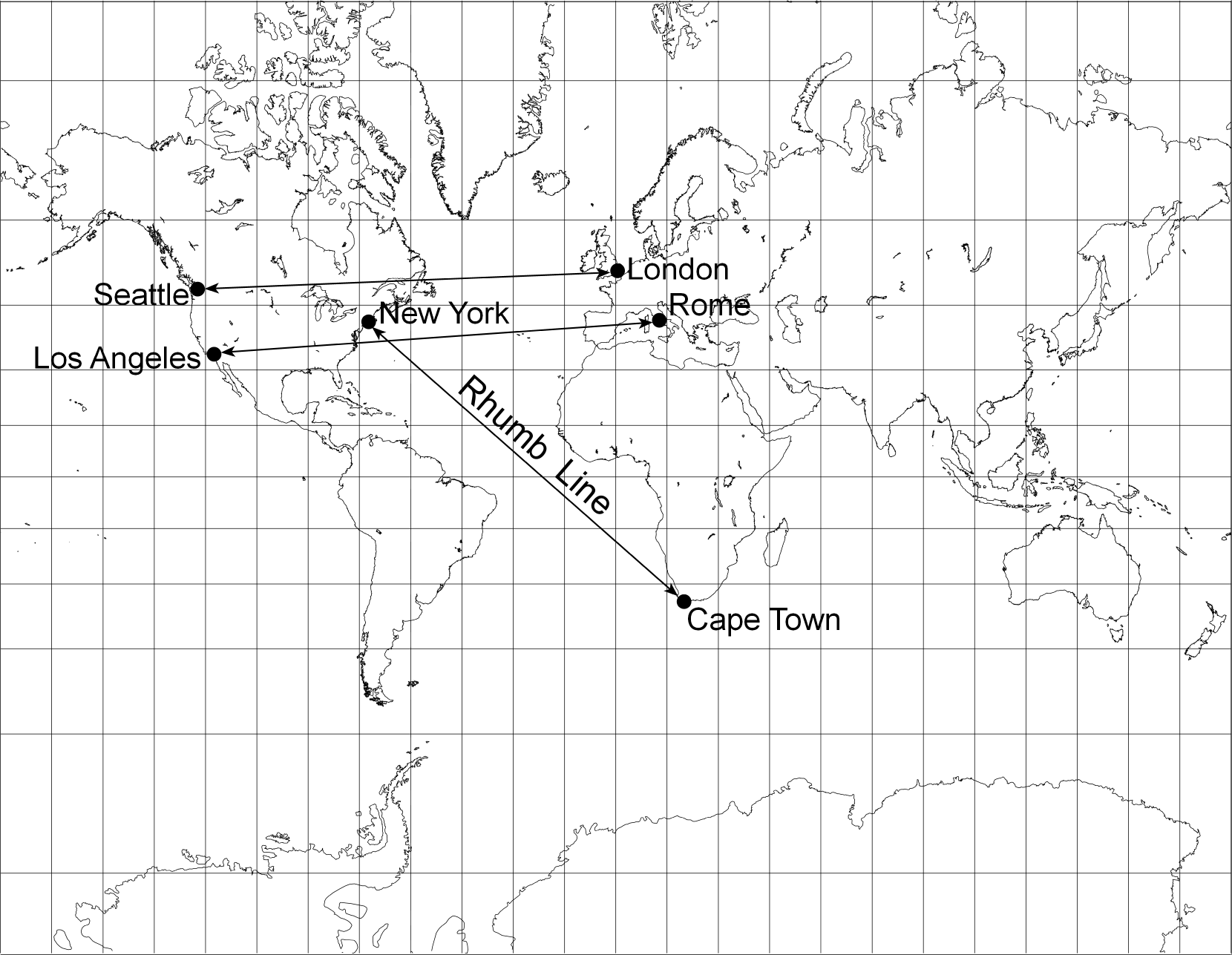 Navigators who used a magnetic compass immediately saw the advantage of plotting courses on the Mercator projection, since any straight line they drew would be a line of constant bearing. This meant they could plot a course on the map and simply maintain the associated bearing during passage to arrive at the plotted location. You can imagine how navigators would prefer a map on which compass bearings would appear as straight rhumb lines. The Mercator projection has been used ever since for nautical charts, such as small-scale piloting charts of the oceans. The large-scale nautical charts used for coastal navigation can be thought of as small rectangles cut out of a world map that uses the Mercator projection.

Figure 4. The great circle route from Seattle to London is a straight line on the gnomonic map projection. Circular “compass roses” at points where the route crosses major meridians are projected as ellipses, showing the distortion of directions that makes it possible to measure true azimuths only roughly along the route.

The use of the Mercator projection in navigation is an example of a projection used for its best purpose. A poor use of the Mercator projection is for wall maps of the world. We saw earlier that this projection cannot cover the entire earth, and is often cut off at 80°N and S. Cutting off part of the world does create a rectangular projection surface with a height-to-width ratio that fits walls very well. The problem, of course, is the extreme scale enlargement and consequent area distortion at higher latitudes. The area exaggeration of North America, Europe, and Russia gives many people an erroneous impression of the size of the land masses.

About the transverse Mercator projection 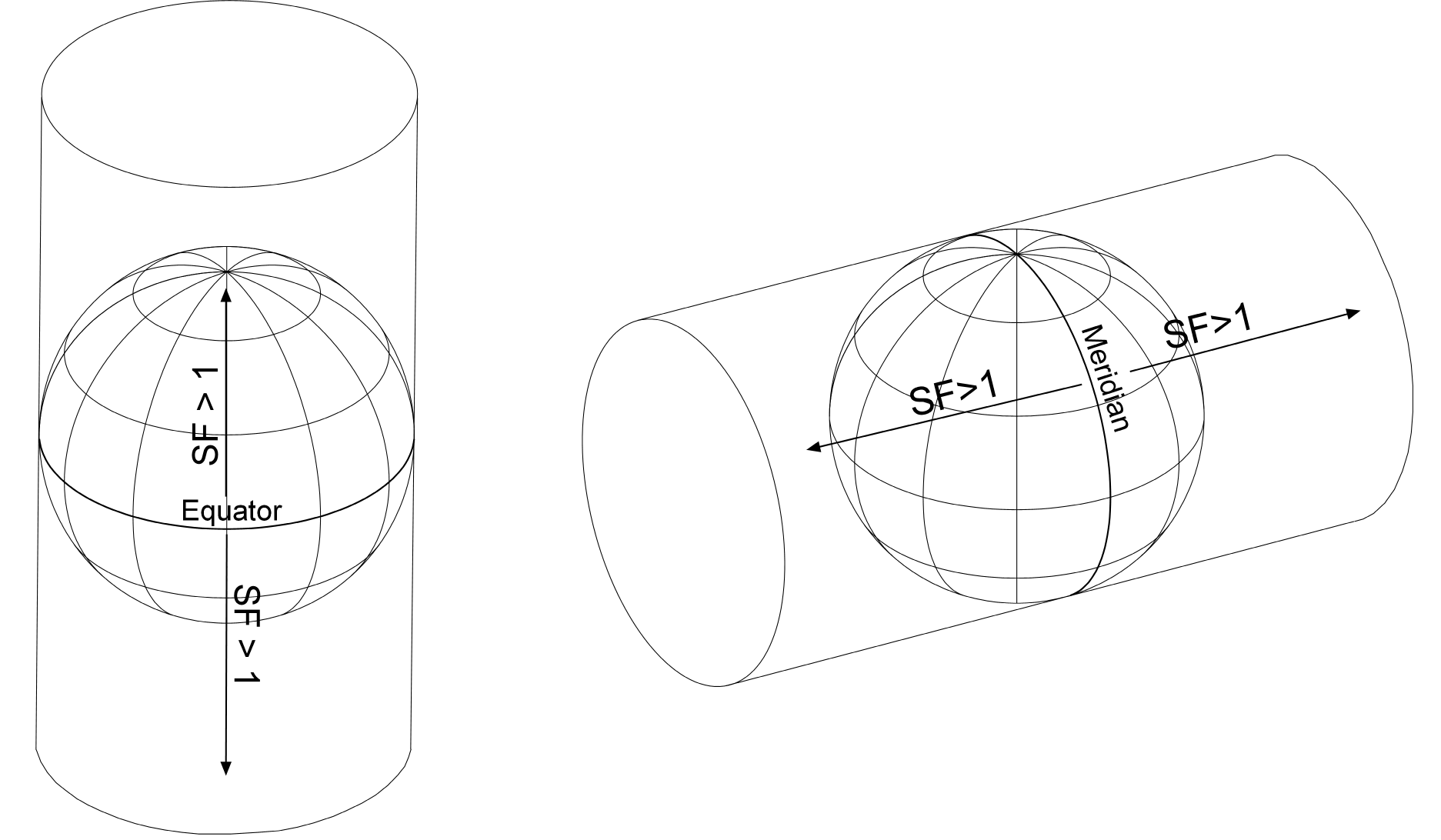 Figure 6. Normal and transverse aspects of the cylindrical Mercator projection.

You’re likely to see the transverse Mercator projection used to map north–south strips of the earth called gores (figure 7) which are used in the construction of globes. Because printing the earth’s surface directly onto a round surface is very difficult, instead, a map of the earth is printed in flat elongated sections and then attached to a spherical object.

Figure 7. Gores of the globe on transverse Mercator projections 30 degrees wide at the equator centered at 90°W and 120°W. To make a world globe, the highlighted portion of each map would be cut out and pasted onto the globe and other gores would be used to cover the remaining area.

The narrow, six-degree-wide zones of the universal transverse Mercator grid system are based on the transverse Mercator projection. North–south trending zones of the US State Plane Coordinate system are also based on secant cases of the projection. Most 1:24,000-scale US Geological Survey (USGS) topographic maps were projected on these State Plane Coordinate system zones.

About the web Mercator projection

The web Mercator projection is one of the most popular coordinate systems used in web applications because it fits the entire globe into a square area that can be covered by 256 by 256 pixel tiles. Despite its obvious distortion at small scales, the projection works well for interactive world maps that can be zoomed seamlessly to large-scale maps. At larger map scales (i.e., 1:250,000 and larger), there is relatively little distortion due to the projection’s near-conformality. Understanding the limitations of the Web Mercator projection and how to guard against processing data in web Mercator is essential to correctly using and assessing results obtained from maps that use this projection.

Follow this link to a web application that demonstrates how web Mercator affects distance and area computations.

Cartographers, pilots, navigators, map readers, and web mappers around the world are indebted to Mercator for his many contributions to cartography, not the least of which was his Mercator projection. Happy birthday, Gerhardus, and thank you!

Esri, Web Mercator: The Standard for Sharing Data on the Web. 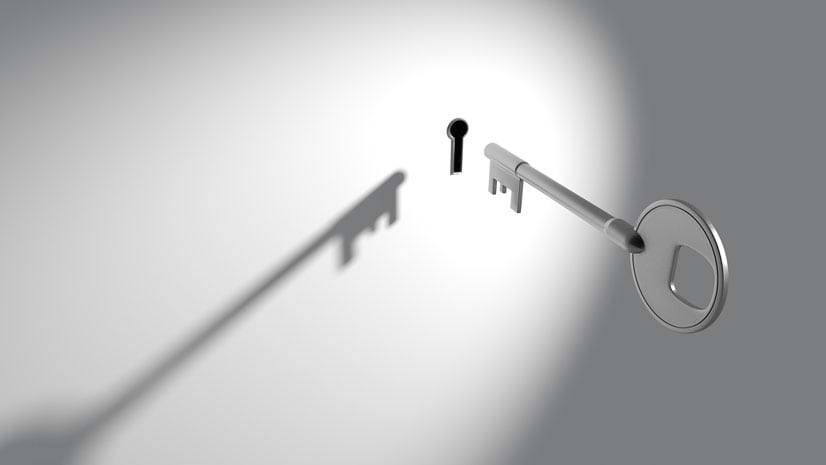