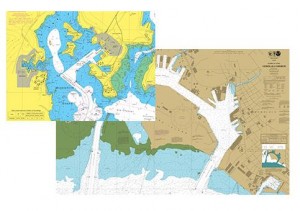 As an industry partner for the design of the S-101 standard, Esri in partnership with NOAA has developed an IHO S-57 to S-101 converter to support the S-100 Test Strategy Working Group and HSSC in testing and validating the S-101 standard before it becomes published for the international hydrographic community.  The current release of the converter (version 0.8.19) was developed against the S-100 Test Strategy baseline.

As the S-101 Product Specification matures over the next year as feedback from the S-100 Test Strategy project team and other S-100WG members is presented at the next S-100WG meeting held in Tokyo, Japan 14-18 March 2016, Esri will continue with its commitment to provide IHO and the community a free S-57 to S-101 Converter.  If you’re interested, please email maritime@esri.com to request a copy.

Esri’s Maritime team is committed to ensuring that our users have access to the latest in hydrographic standards and data formats.  We will continue to be on the front of the S-100 discussions and will be prepared and excited to support the standards once they are completed.  For any questions about the S-100 standard or Esri’s commitment to supporting it and the industry, please email maritime@esri.com.