ArcGIS Urban accommodates the variety of planning initiatives and workflows in cities. This is achieved through Projects and Plans. This blog post covers the main differences between Projects and Plans and what they can be used for.

If you were asked to name examples of urban development, some of you would come up with a concrete project like for example, the construction of a new school building on a single parcel. Others would mention an example where an industrial site is being converted into a planned residential neighborhood.

Broad Variety in How We Develop and Design

Even though both examples mentioned above are considered typical development projects, they differ remarkably. The planning process for a single new building usually only affects one or two parcels and therefore such a project can be realized in just a few years. In contrast, the process for transforming a former industrial site involves many times the number of single building projects to realize a new neighborhood with cafes, restaurants, shops, apartments, and offices, which can take decades. This larger scale usually involves the elaboration of different planning scenarios to analyze and compare the effect of different zoning code changes or alternative parceling schemes.

ArcGIS Urban addresses this broad variety of development projects in the built environment with their associated specific needs by distinguishing two different types of urban development: Projects and Plans.

While Projects support the needs associated with short-term planning processes on the parcel level, Plans support long-term planning activities and can help to quantify and understand how proposed changes can contribute to a city’s estimated targets for example housing demand and population growth capacity. Both Projects and Plans facilitate the work of urban planners and increase the transparency of the planning process by giving the urban planner the possibility to share a common understanding of proposed developments.

Let’s assume your city organized an architectural competition for a new public school building. Usually, these proposals are designed and visualized on their own, in absence of context. ArcGIS Urban can provide the context for evaluating new building proposals and manage these inbound submissions as a new Project. Each submitted building model is attached to the Project as a scenario. ArcGIS Urban offers an efficient way to switch between scenarios and virtually collaborate on the specific development project, allowing decision-makers and the public to better understand what is being proposed.

Once the city has decided to proceed with a proposed building, a Project in ArcGIS Urban can be used to show a detailed building information model (BIM) of the school building that is effectively being built and to inform the public on the status of the construction project. Too often, the review of new development projects solely relies on the architectural rendering from a static perspective. Incorporating BIM and other types of models into the review process can improve how important decisions are made during design committee meetings. This hasn’t been possible in the architectural review process until now. By visualizing what’s on the ground early in the decision-making process, more confident change order recommendations can be made to avoid unexpected characteristics and ensure the best outcome.

Most cities know, based on population forecasts, how much capacity for growth must be available over the next decades to improve the quality of life for existing and new residents. Often the greatest challenge is maintaining the balance of how to grow and where to grow. Plans in ArcGIS Urban are like a digital zoning document. They allow you to easily design different scenarios for large-scale and long-term planning measures such as the redevelopment of an industrial site into a vibrant mixed-use neighborhood. Planners can prototype what-if scenarios, test assumptions, and measure impact in real-time to better achieve development goals. By defining your own metrics, you can compare your scenarios not only visually but also quantitatively. The dashboard allows you to report out and visualize in an easy-to-understand way what matters most to your design process.

Authoring scenarios in ArcGIS Urban means that within the boundaries of a Plan you can edit the shape of zoning polygons, overlays, and parcels, edit attributes of a zone type, identify parcels suitable for redevelopment and test different redevelopment patterns. You can either sketch new buildings floor by floor or you can allocate building types to one or many parcels. In both cases, the resulting building forms are called plausible buildings. Plausible buildings provide a first impression of what can be built given certain zoning constraints and are the foundation for the calculation of metric values.

Assigning a building type to a parcel procedurally generates a simplified building form. The building type plays the role of a template that defines the space programming and its location within the overall structure of the building. Through these space use types, different functions can be assigned to buildings. Procedurally generated building forms not only respect the constraints of the applied building type in terms of numbers of floors per space use type, but they also respect the underlying zoning code which can either be the current zoning or a future proposed zoning district. Manually sketched buildings are also evaluated against the underlying zoning code.

While designing a scenario Urban can also generate a simple visualization of zoning restrictions on a parcel level. Zoning envelopes are three-dimensional volumes that display the maximum extent of potential buildings. Zoning envelopes respect the underlying zoning code which constrains the related controls such as setbacks and heights. Other zoning controls such as parcel coverage and floor area ratio are applied to the plausible building which typically cannot fill the entire volume, but a building can fit somewhere within the envelope.

With a Project in ArcGIS Urban, you can assess short-term activities on a parcel level. It can be used to visualize models of proposed buildings in the context of the built environment. If you are working on large-scale and long-term planning measures, Plans offer the right toolset for you. Plausible buildings are the base to quantitatively compare and analyze different scenarios. The dashboard allows you to effectively visualize metric values. Zoning envelopes display the maximum extent of potential buildings.

Dominik studied Geomatics Engineering at ETH Zürich. In 2019, he joined the ArcGIS Urban team at the Esri R&D Center in Zurich as a Product Engineer. He is curious about how new solutions and digitalization can facilitate future urban development. 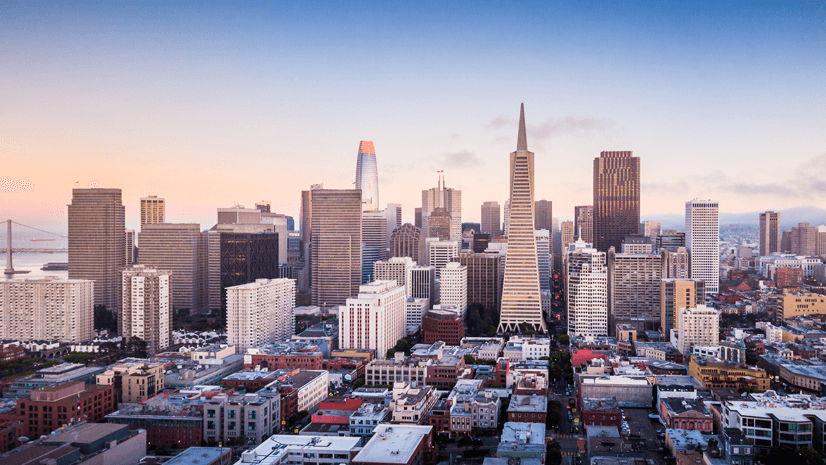 Getting started with ArcGIS Urban: creating your first plan 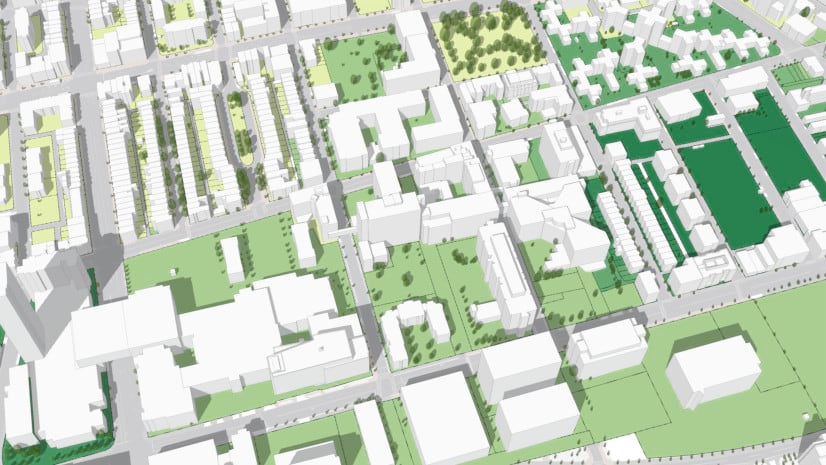 Read this blog article to get an overview of the exciting new features of the ArcGIS Urban February 2022 release. 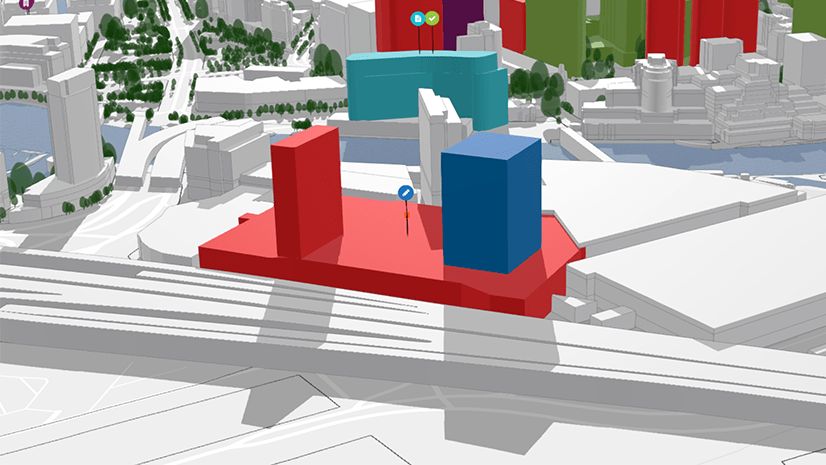 We simplified the workflow to make plans and projects public in the February 2022 release of ArcGIS Urban by using the sharing capabilities.