Century Boulevard runs as straight as an arrow through a 10-mile stretch of south Los Angeles (LA) before terminating at the horseshoe-shaped Los Angeles International Airport (LAX) terminal complex. Despite seemingly easy access from this major LA thoroughfare and the city’s widespread freeway network, congested vehicular traffic has plagued the airport for many years.

With 4 million people living in the city and the automobile as the preferred method of transportation, traffic congestion in and around LAX is an accepted nuisance— particularly when considering that it is the world’s fifth-busiest airport for passenger traffic, having served more than 84 million people in 2017.

Incremental improvements to the airport and the transportation network that serves it have failed to keep up with its growth over the years. But in 2010, a major capital improvement plan, known as the LAX Development Program, was implemented. The $15-billion project is being constructed in three phases and will be completed in 2028. It is the largest public works initiative in Los Angeles history. And it is leveraging a modern geographic information system (GIS) strategically, not only to streamline the workflows of multiple construction projects but also to ensure that 24-hour-a-day airport operations proceed smoothly.

The $15-billion plan contains upgrades for all passenger terminals, a consolidated car rental facility, and a transportation hub to link light-rail service to the airport. One of the most exciting features of the plan is an automated people mover that quickly transports passengers from one terminal to another. The driverless electric train will accommodate 10,000 riders each hour.

Los Angeles World Airports (LAWA) is the governing body for the airport. Undergirding all LAWA’s modernization projects—before any of them could even begin—is its Airport Enterprise GIS (AEGIS). The data maintained, developed, and delivered by AEGIS is fundamental to LAWA’s current portfolio of wide-ranging geospatial efforts, including 3D modeling capabilities that help engineers optimize the use of space and surfaces both indoors and outdoors.

The modernization initiative includes uninterrupted service for the more than 65 million passengers it serves each year. This means that services must be diverted to other areas. For instance, moving an airline to another terminal requires planning all the elements around such a move, from ticketing to elevators. Another task is coordinating the efforts of 130 projects happening at once. Where are projects located, what are they doing, and what stage are they in? These logistical challenges require geospatial insight.

Paper workflows and digital outputs do not meet the logistical demands of the airport’s enterprise-level modernization project. Instead, staff use an integrated GIS platform in which they track changes in the airport’s space and keep tabs on the status of all projects.

This 3D mesh of a runway at LAX shows a terrain view of the Obstruction Identification Surfaces (OIS) dataset, which better reveals its 3D structure.

LAWA’s Coordination and Logistics Management (CALM) platform combines GIS and a document management system to help managers oversee the airport’s multiple construction projects. Staff and stakeholders use the system to access all construction records and drawings. The GIS displays project locations and provides a geospatial interface for data.

CALM manages 500,000 documents and creates logistic coordination maps based on the most up-to-date data. By bringing all this information together into one platform, LAWA managers can better coordinate projects and follow their status.

Location data comes from contractors who are required to submit their phasing plans. They also need to send information updates about where they’ll be working and at what time. Throughout the phases of the project, they must continue to update their information. Contractors also submit site logistic plans that specify details about their worksite, how they are getting to it, and the roadways they will use. They provide location details about where they will store construction materials and more. Staff enter all this information into a database.

Since the information includes location, a modern GIS can process it so that management can track all projects from planning through construction, both active and planned. By clicking on the map, users drill into current details about what construction is happening anywhere in the airport.

Spatial analytics helps LAWA carefully coordinate projects, making sure that one project doesn’t interfere with another or severely impact airport operations. Visualizing information with GIS makes it easier to see any conflicts among projects’ schedules and places. By recognizing potential problems before they happen, LAWA lowers project contingencies, risk, and cost.

LAWA extends its GIS beyond monitoring projects and maintaining records. Airport operations are three-dimensional. Plans for airspace, multilevel facilities, and elevated people movers are easier to understand with 3D visualization.

Recently, LAWA used GIS to model 3D simulations of indoor construction, such as ticketing counters, passageways, and baggage claim areas in the airport complex. Designers interact with digital models to see new perspectives of proposed plans. Floor by floor, they view the plans from different vantage points. Moving through virtual spaces, designers see, from commuters’ points of view, how they will traverse elevators and escalators that connect to the upper-level people mover platforms.

3D visualizations are also helping engineers analyze airspace. The chief airport engineer received a notice that the airport needed to place an 80-foot-high antenna in the airfield area. He had to quickly determine if the new antenna would interfere with the path of an approaching aircraft. Using 3D spatial analysis, he considered the height and surface area required to construct the antennae and was then able to validate that a proposed site would not interfere with aircraft flight paths.

Operational awareness of facility space, project plans, and construction status will ensure projects stay on task while maintaining continuity of traveler service. Furthermore, LAWA will have an immense geospatial data inventory of every item installed, down to its faucets, thereby giving facility managers operational insight long into the future. LAWA’s use of geospatial intelligence enables it to better manage scheduling, planning, and other daily operations that keep construction moving forward. 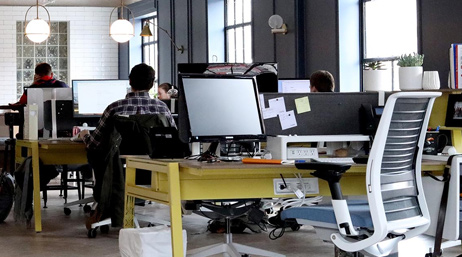 Is Your Workplace Smart Enough? The Logistics of On-Time Holiday Deliveries 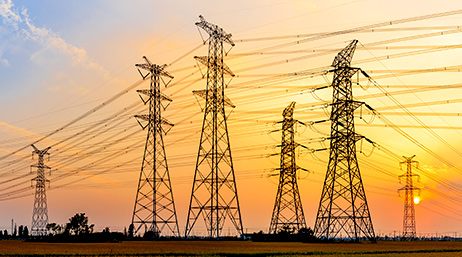 Big Data Keeps the Lights On