Sub-Heading:
The Port of Rotterdam

How does the largest port in Europe grow its business capacity when it can’t expand its physical footprint? Is it possible to double throughput without the ability to gain more space?

Those were the questions the Port of Rotterdam confronted in 2013. Hemmed in by cities and water on all sides, the port was forced to take stock of its operations, its goals, its strengths and weaknesses.

The Port of Rotterdam, established in the 14th century, is a marvel of engineering and transportation. It covers almost 30 acres of land and extends 26 miles inland from the water. It’s the eighth largest port in the world and the largest port in Europe—a gateway to 500 million European consumers.

Even though Rotterdam is Europe's largest cargo port, it is much more than a shipping hub. The massive industrial complex at the port is a major economic driver for the region. (Photo by Marten Hogeweg.)

In 2013, the port set a goal to grow from 400 million tons of cargo per year to 750 million by 2030. Allard Castelein, the port’s chief executive, put it succinctly: “The port should become faster, smarter, and more sustainable.”

But from a business process standpoint, the Port of Rotterdam was a tangle of disjointed legacy systems that put different employees and assets in silos. Port leadership began to examine what needed to change. “We had to let go of everything. We went back to the start and asked ourselves basic questions. What are we? What is a port?” said Erwin Rademaker, port manager.

Ultimately, the solution was clear: “The only thing that is left for us to do is to improve, or to optimize, what we have,” explained Rademaker. But the billion-dollar question remained—how?

At the time, port developers, business managers, project managers, asset managers, environmental advisors, port harbor operators, financial analysts, and many others, made the daily decisions that kept the port running. Each group used its own system for data collection and reports; even more confusing, groups used different definitions for the same terms across the port.

The port, its leadership realized, needed one authoritative source of information for all users and assets – a single point of entry that would allow anyone, anywhere, to quickly access the data they needed to make smart decisions and perform their jobs more efficiently.

After researching best-in-class information systems, the Port of Rotterdam set its sights on creating a new solution based on geographic information systems (GIS) technology. At its core, the solution is a beautifully simple map of the port. Underneath the skin of the map lie terabytes of big data—all accessible within three mouse clicks—and with connections to SAP, Microsoft Office, and a document management system.

In the new digital viewer, users can select any area in the port and access live information from SAP and the document management system.

The port recognized that there are three distinct spatial components in the port and its users, and that each drive revenue generation in a different manner; the land component is used by terminals and infrastructure; the water component is used for transportation; and the interface between land and water is used for the mooring of ships. With those simple divisions, it was straightforward to assign existing layers of data to the 10 core objects that comprise the new port data system.

During implementation of the new GIS remedy, port leaders managed to phase out 49 other systems with relatively little disruption. Employees participated in the data migration, making the process one of active learning and training. And teenage children of employees tested the new interface, making sure it was truly user-friendly.

Today, more than 1,000 digital maps are created each day to guide operations and decision-making. In fact, all Port of Rotterdam data is presented visually. Any employee can pull up a map on a computer or mobile device, navigate to an area of the port, and click for more information. For instance, clicking on a wharf shows maintenance information, current contracts, ship movement data, and more.

Employees can also generate maps based on their specific needs. Rather than working with spreadsheets and lists, a business manager can pull up a lease expiration map and quickly see what areas are occupied, under reservation, or free, and view the details of existing contracts.

Since implementing the new system, the port has seen an increase in throughput to 461 million tons, a 15% increase since 2013, and a significant step toward its 2030 goal.

Aside from financial goals, the port sees its new GIS-based approach as a way to become a world-class port. “Instead of being the biggest port in the world, which we were for decades,” says Rademaker, the port manager, “we want to be the best port in the world. That means the most responsive to our customer needs.” 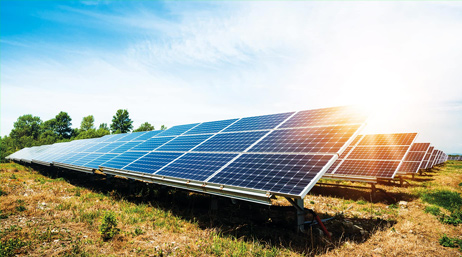 To manage assets in a new solar facility efficiently, The City of Loveland tracks not only assets but also maintenance schedules and costs.
Read the article
Read the article 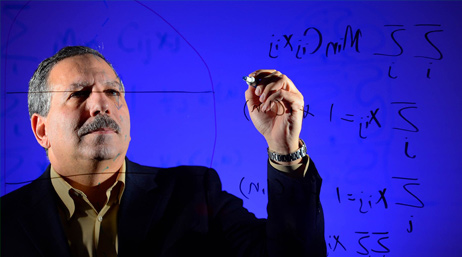 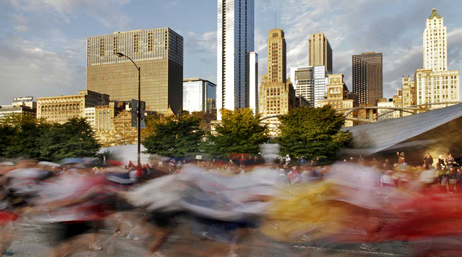 Managing a Marathon with Real-time Awareness