Dear English and creative writing teachers, have you ever considered creating literary maps with your students?

With ArcGIS StoryMaps, you have a great platform for creating a literary mapping experience in a high school or university classroom. Students can use the builder to present a unique and thoughtful story using text, photos, video, audio, and, of course, maps! This can be a prime learning opportunity for students as they conduct research, ask questions, and create stories.

Here’s a story I created on writer Stephen King’s Maine.

Fictional settings can be an especially fun and unique way to engage students. Through an individual or collective approach, students can learn from a geographical standpoint how writers bring to life these strange and wonderful places where their characters live and scenes take place. How did the dark and cold moors of Yorkshire inspire the Brontë sisters? What about how 1920s Long Island motivated F. Scott Fitzgerald to create West Egg for Jay Gatsby?

Place is a blending of physical, emotional, historical, and cultural associations. Place can take the form of a region, a state, rural community, a neighborhood, or even a building. It can be Jurassic Park, Pemberley, Gondor, the Mississippi of Huckleberry Finn, the Paris of Émile Zola, or Willy Wonka’s Chocolate Factory.

Drawing on our own experiences and vast imagination, we conceive the different parts of a story: the characters, the setting, the plot, the tension, and the resolution.  It is essential to establish a setting that grounds the reader – a place where the characters exist, and the narrative plays out. Without this backdrop, how else does one experience the story?

How ArcGIS StoryMaps allowed me to tell my Stephen King story.

Well, let’s start with I’m a huge fan of Stephen King. A cultural icon, he is one the world’s most influential storytellers. Place is a character in his books as much as Pennywise or Carrie White. While many people could name a handful of Stephen King titles, how many know about the real towns that influenced his Maine multiverse? Specifically, Derry, Jerusalem’s Lot, and – my personal favorite – Castle Rock.

When I set out to create my Stephen King story, I figured even the most reluctant of King readers would enjoy getting a peek inside his active imagination.

Having driven the back roads of Maine for the better part of the last decade, I’ve seen my fair share of isolated corn fields, cemeteries (tons and tons of cemeteries), swimming holes and skating ponds, busy county fairs, and seemingly abandoned downtowns.  Rural Maine is chock-full of beautiful and eerie landscapes. In these places, you could as much envision four childhood friends following railroad tracks into the woods to find a dead body as imagine a deadly mist full of otherworldly creatures bearing down on your lakeside town.

My goal was twofold: to learn more about the place I lived and to peel back the curtain on King’s imagination and the places that influenced it.

The project took a few months to research (mainly because I reread, and reread, and reread again several times certain King works, analyzed real and fictional maps, and drove around checking out real-life places). Once the bulk of the research phase was completed, I began placing content into the builder.

With the builder helping guide the editing workflow, the first thing I did was start dropping in photos to see what happened when one photograph was placed next to another, and another. What were the results? What was being articulated?  Now, the holes became visible.

With the photographs primarily evaluated, I could see the strongest, most interesting points of the story and what material was needed to support it.  For this project, I knew satellite imagery would drive home the real-life locations where King lived and spent time. The story would have been incomplete without showing how he laid out the fictional towns of Castle Rock and Jerusalem’s Lot, the story would have been incomplete, so I drew them. The hand-drawn maps were something I’d already been playing around with, and the drawing process helped me see where I further needed to nail down more information.

Map Tour allowed me to guide the audience from one point to the next, so they could understand where one town is relative to another.

Sidecar allowed me to stack multiple slides containing satellite imagery, hand-drawn maps, text, and photographs, and also helped move the audience from one place to the next.

Using StoryMaps a tool in your classroom

Creating literary maps allows students to develop reading, research, and writing skills while creating a multidisciplined project involving history, geography, and literature. Using StoryMaps as a road map, students can learn how a writer uses place and get a sense of how that writer navigates a route they’ll travel to get there. Week to week, a destination becomes a portal for a wonderful journey – think of that world entered through a bedroom closet or an out-of-the-way gas station in Texas. Set out a folding chair and what do your students see? The physical elements of a place, the wind and weather, or perhaps the fashioning of a new industrial landscape.

Arkansan now living in Maine by way of California. 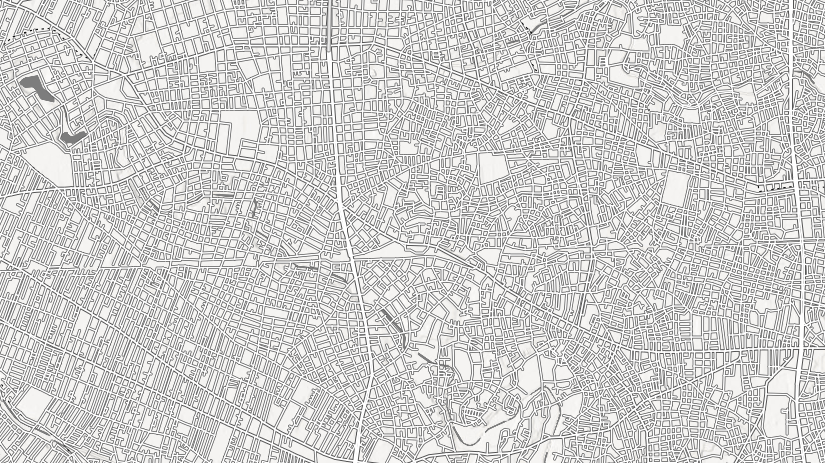