We recently added the much requested 2010 Puerto Rico Census data to the Business Analyst (BA) Web app. This includes over 1200 variables from categories such as population, households and more. Here are two examples that briefly illustrate how this rich content might be utilized, followed by more information about the data.

Puerto Rico has been in the news recently for several reasons. There is an ongoing Zika virus outbreak in the island. This is a virus that may potentially be dangerous to women who are pregnant or may become pregnant. The latest Puerto Rico census data can be used in Color-Coded Maps, to get an overview of where this vulnerable section of the population resides in greater numbers. The following is a map by ZIP Codes showing the distribution of this section of the population; generated by creating a custom variable for females of age 15-34. 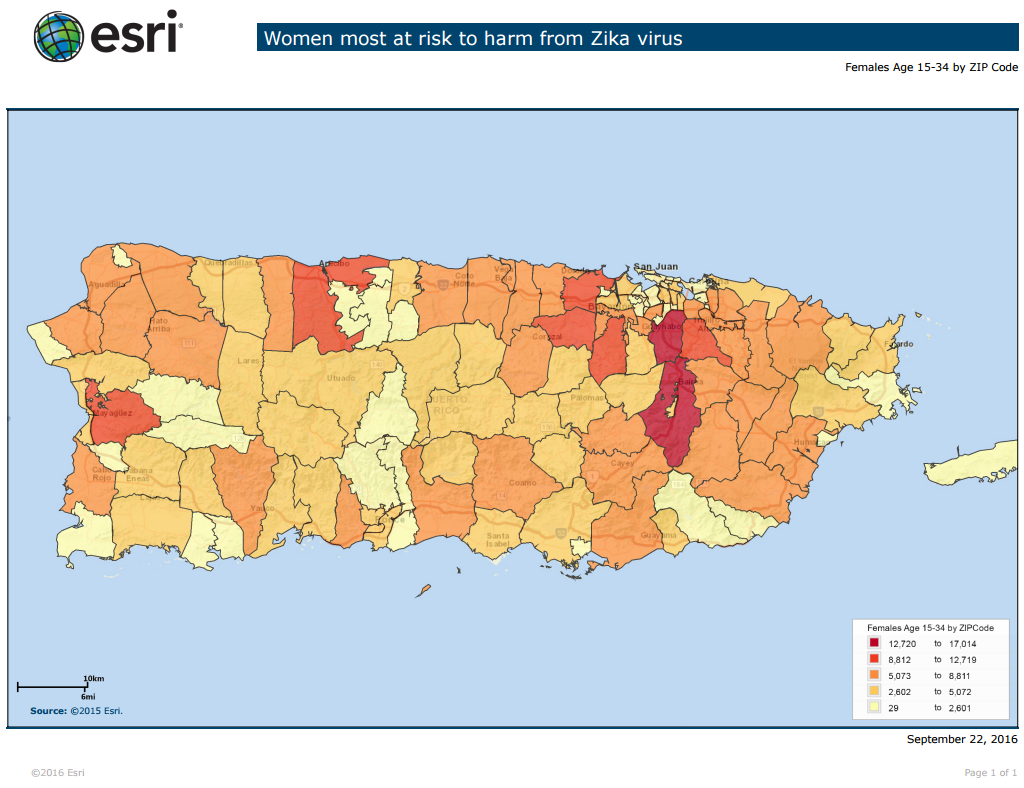 In recent months, the Puerto Rico real estate market has experienced a significant increase in activity, favorable to buyers. If the idea of owning a home, on an island famed for its beaches, is appealing, one way to get a very quick overview of suitable market areas, for a good investment, would be to map ZIP Codes with higher than average population and vacant housing units. We do so here by using Smart Map Search – allowing us to use those variables in the new Census data to create a multiple criteria map. In addition to ZIP Codes, this data can also be mapped at the level of Block Groups, Census Tracts, and Counties.

In total there are over 1,200 different variables ranging across several categories from race to age to housing figures, that allow for the generation of optimized authoritative maps, and presentation quality reports. The data exists in 8 different administrative levels, including Block Groups, Census Tracts, Counties and CBSAs. You may explore the full range in the BA Web app. Don’t forget, this new Census Data is in addition to the MBR data that was already available for Puerto Rico. You may switch between these two different datasets via the gear icon for Puerto Rico in the Country selector dropdown. 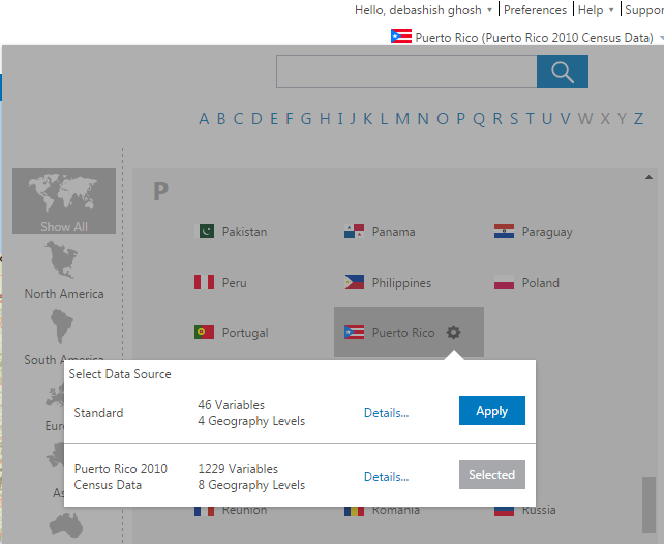 Are there interesting uses that you have found for this data or any additional Puerto Rico data that you would like to see made available? We would be very interested to know about it!

I am a Product Engineer and Writer at Esri, focused primarily on the Business Analyst applications for web, mobile and desktop.