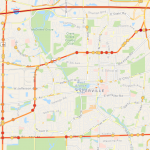 On December 1st 2017, I had the opportunity to present at Carto’s first Spatial Data Science Conference in Brooklyn, NY. About 20 practitioners of the field, ranging from backgrounds in academia and industry, presented the relevant projects they are working on currently. I spoke about High Injury Networks as a Spatial Data Science solution to the Vision Zero problem, and Esri’s implementation of the solution. Read on to learn more about it. Vision Zero is a road traffic safety project that aims to eliminate fatalities or serious injuries involving road traffic. It is a multidisciplinary approach that brings together several stakeholders to strategically solve this problem within a decided time period. First adopted in 1997 in Sweden, the project has since proved successful across Europe and is now implemented across various American cities. But can data science help inform decision makers and the public in achieving vision zero? Let’s find out. The 3 primary ways one could be involved in a road accident are as a:

Let’s now take a look at these alarming road crash numbers from crashes across the US in the year 2015:

These statistics, compiled from a report put together by the US Department of Transportation, draw attention to the urgency of addressing this issue. The location of road crashes is a factor that could influence frequency, nature, and time of occurrence. Hence, plotting the crashes on a map and generating a High Injury Network for the city is imperative for a data-driven solution.

What are High Injury Networks (HIN)?

1. A network of streets that has a higher incidence of severe and fatal collisions for the most vulnerable populations.

2. The most effective aspect of this approach is the use of the best data available from among all the city agencies (e.g. Police Department, Department of Health, Department of Transportation) that have pledged to the Vision Zero project for each city.

HIN map of San Francisco. Click to view this as an interactive web map 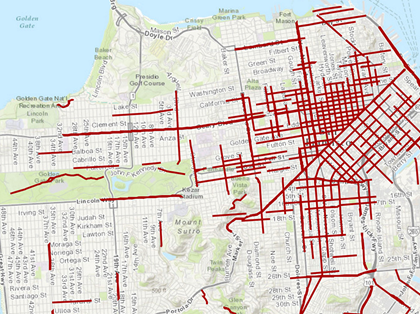 The city of San Francisco created their HIN by linking their hospital data to police data. They then used the overlapping incidents from the two datasets to gauge the higher number of road crashes at particular locations. The result is the map shown above, highlighting the vulnerable streets. 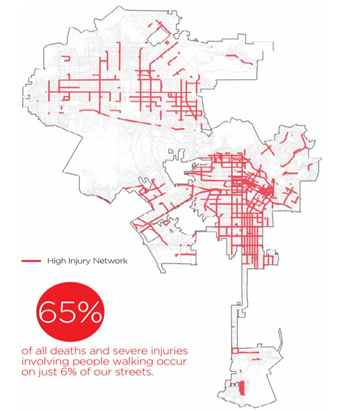 As we see above, 65% of LA road crashes occurred on only 6% of their total streets. And how did they get there? They assigned weights to the crashes based on location-based priorities and then plugged those values into their HIN intersection formula to then build the high injury network. They have also released their HIN as a shapefile on their ArcGIS Hub site open to the public via API access and downloadable in multiple formats.

HIN app of Philadelphia. Click to view this as an interactive web app 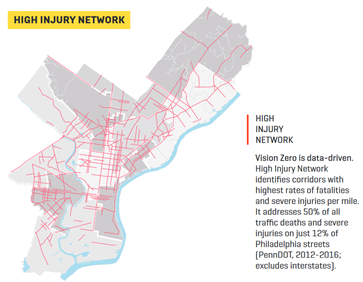 Philadelphia somewhat combined the approaches adopted by SF and LA. They first cleaned the several datasets they used and then applied appropriate spatial and data analysis techniques to these datasets to generate optimized street geometries, to which they assigned weights to generate their HIN. The resultant app displays maps for total and type wise crashes, along with their detailed methodology. 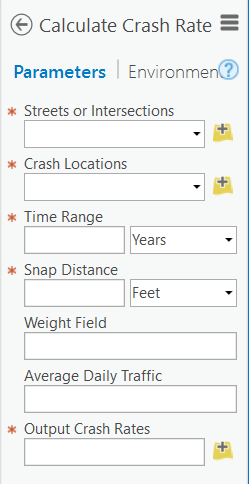 Here is an ArcGIS Pro tool that helps build a HIN with relative ease. All the tool requires as input is a shapefile of streets/intersections of the city, another shapefile comprising all crash locations, the time range (in days/weeks/years) across which you want to perform analysis, the snap to street distance (in feet/meters). The result, as generated for Naperville, IL, is a shapefile of the crash rates color coded based on frequency of crashes on each street: 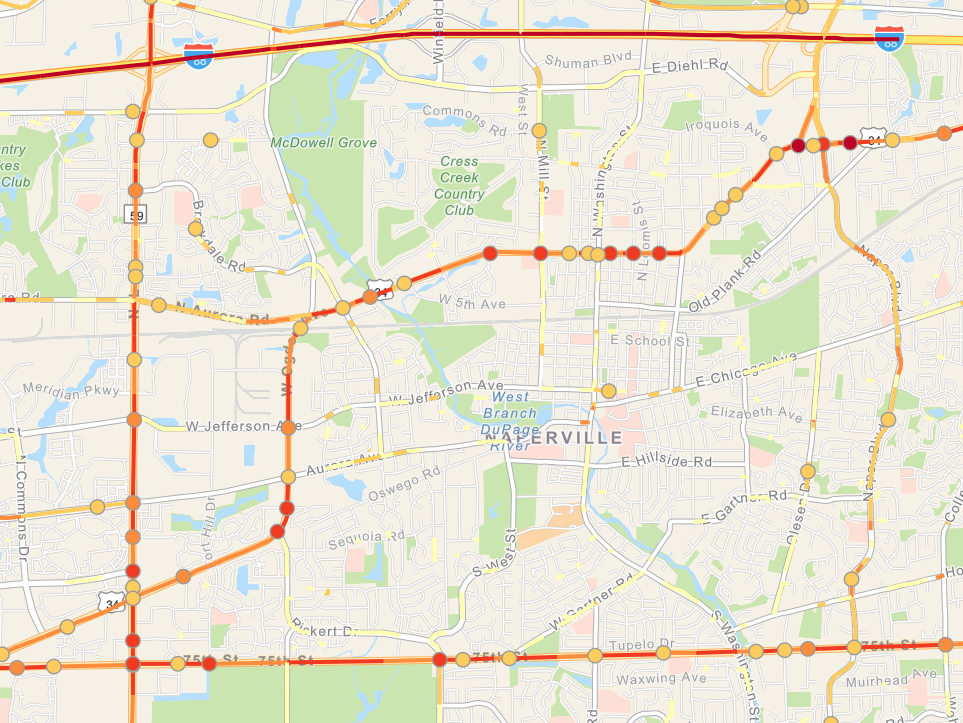 The beauty of this tool lies in its simplicity.

1. You can build the HIN for your respective city, and contribute to updating it regularly, if one already exists. The tool shown above is a great way to get started.

2. Using the HIN and relevant historical data, you could then build predictive machine learning models that could forecast potential crash locations, hours and even types.

3. The goal must be to propose data driven traffic enforcements for our city, as done by the city of Portland, OR.