As part of the June release of ArcGIS Online, we have enhanced the World Imagery basemap with new imagery from DigitalGlobe and others in the GIS user community. The updates for June feature new and improved high-resolution imagery for Alaska, Austria, Canada, Colombia, the Netherlands, New Zealand, Suriname, Turkey, and other areas.

This is the latest in a series of updates we have made to our World Imagery basemap over the past year.  With these updates, we have now updated over 100 million sq. km. of imagery in the basemap since we announced our partnership with DigitalGlobe one year ago.  The map below highlights the areas that have been updated in this latest release, and the areas that were updated in the previous 9 months. 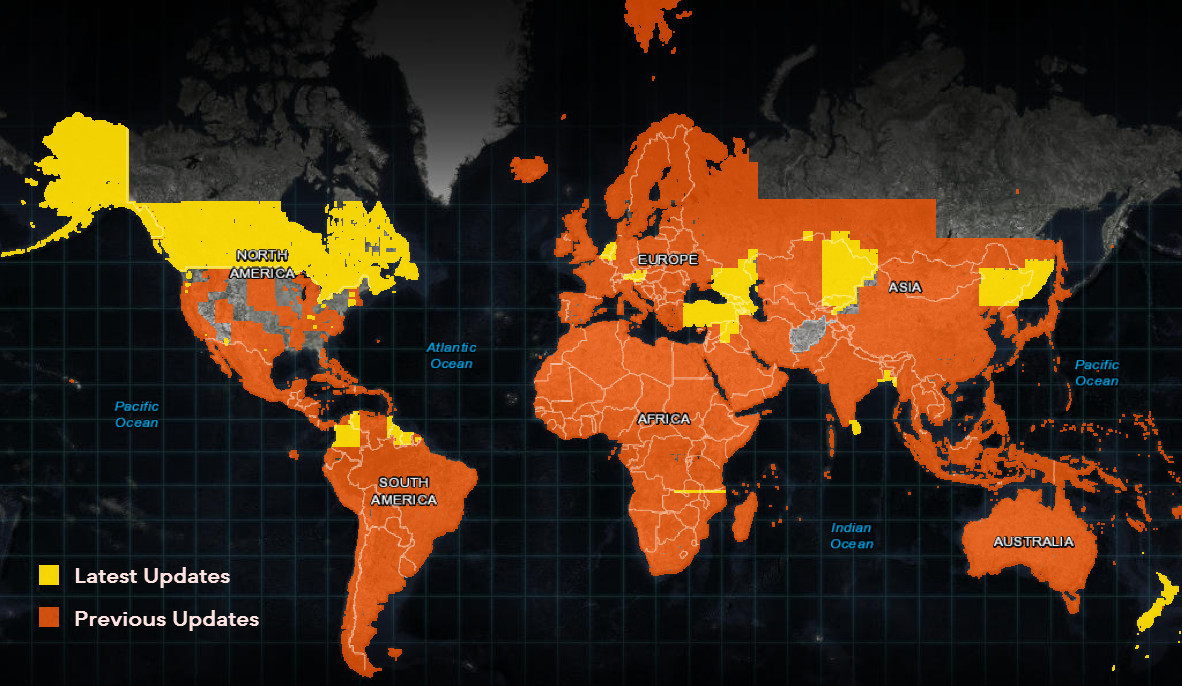 This is the latest in a series of updates to our World Imagery basemap with imagery provided by DigitalGlobe. This update includes Basemap +Vivid imagery for the areas in North America, South America, Asia, and Oceania shown above. The latest DigitalGlobe imagery significantly improves upon the image currency and quality in these areas, as you can see for a few sample areas (tabs 25-30) in the story map below. 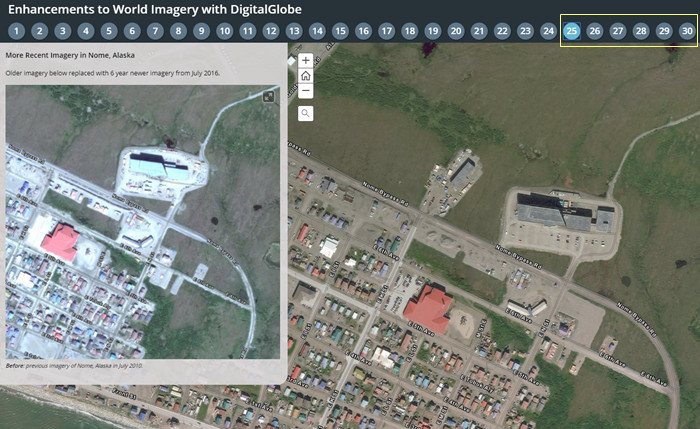 This update also includes Basemap +Metro sub-meter resolution (down to Level 19) imagery for several metropolitan areas in the United States. We have now updated about 600 of a planned 750 metro areas with the latest DigitalGlobe Basemap +Metro imagery. The story map below enables you to see the areas that are planned for update, current status with our latest releases, and ‘before’ and ‘after’ examples for several metro areas. In the Current Status tab, you can click on individual metro areas to see the current deployment status and an estimated release date. 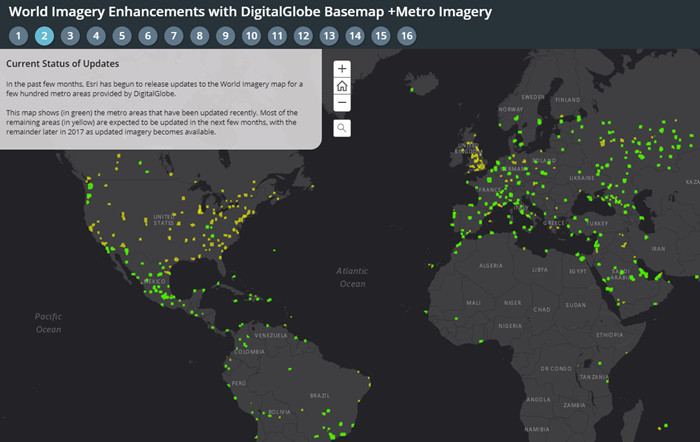 In addition to the updates with commercial imagery described above, we have also published new or updated community contributed imagery for the areas below:

The Living Atlas Curator’s Choice for our Community Maps imagery contributions in June is the Country of the Netherlands (Beeldmateriaal Nederland), which shared 25cm resolution imagery of the Country captured in May 2016. Check out the imagery for Keukenhof Gardens below, one of the world’s largest flower gardens, and explore other parts of this beautiful country. This is currently the highest resolution country-wide imagery in the World Imagery map.

Honorable mention goes to several contributors for the Country of Austria, which have contributed recent 20cm resolution for most of the Country. Thank you to all of our recent contributors!  If you have acquired imagery for your local community that you’d like to see included in our World Imagery, please visit our Living Atlas website to get started.