We have updated the World Imagery basemap with more recent imagery from DigitalGlobe and several organizations from the GIS user community.  This latest update features DigitalGlobe imagery for large parts of Western Europe, as shown below. 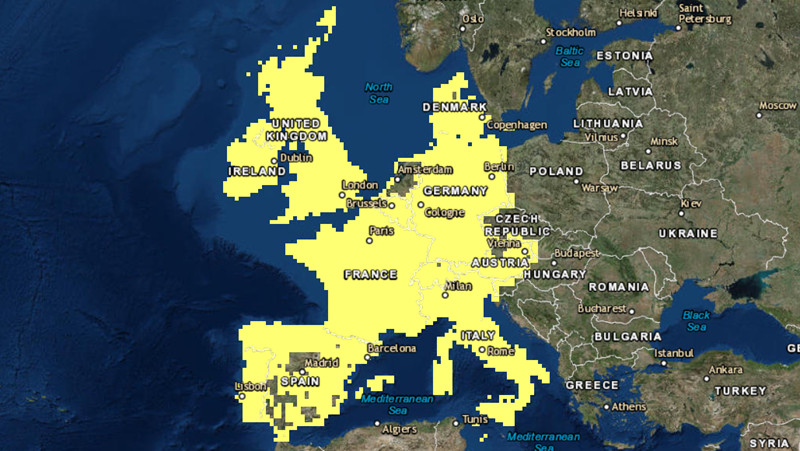 This is the third in a series of planned updates to our World Imagery basemap with imagery provided by DigitalGlobe, expanding on our initial update in September and second update in early October.  This latest update includes 50cm resolution imagery for Western Europe where it improves on the image currency or quality of our previous imagery.  In many areas, the imagery is 2-4 years more current than the previous imagery, as you can see for a few sample areas (tabs 8, 9, 10, 11) in the story map below.

To learn more details about our plans for updating World Imagery with DigitalGlobe imagery, please join me and my colleagues for a free webinar on November 3.

With this update, we have also published new or updated imagery for several different cities and counties in Canada and the United States, including: