Earlier this month, we announced several updates to the World Imagery basemap as part of the March updates to ArcGIS Online.  Well, those updates are continuing and this week we have released another large batch of updates with DigitalGlobe and other Community Map imagery.  With this latest release, we have updated most of Africa as well as large areas in Central Asia, South America, and Alaska.  In addition, we have updated several metro areas around the world with more recent or detailed imagery.

The map below highlights (in yellow) the areas that have been updated in this latest release, and the areas (in orange) that were previously updated in just the last 6 months. 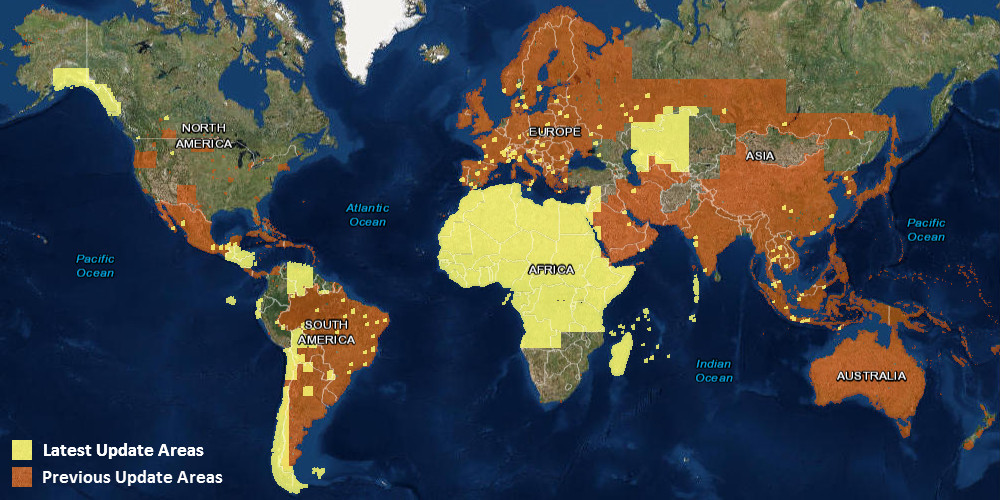 This is the latest in a series of updates to our World Imagery basemap with imagery provided by DigitalGlobe.  This update includes Basemap +Vivid imagery, which is now available at 1m resolution (down to Level 17) for the areas in Africa, Central Asia, South America, and Alaska shown above.  This update also includes Basemap +Metro sub-meter resolution (down to Level 19) imagery for several dozen metropolitan areas around the world.  The latest DigitalGlobe imagery significantly improves upon the image currency and quality in these countries and cities, as you can see for a few sample areas (tabs 25-30) in the story map below. 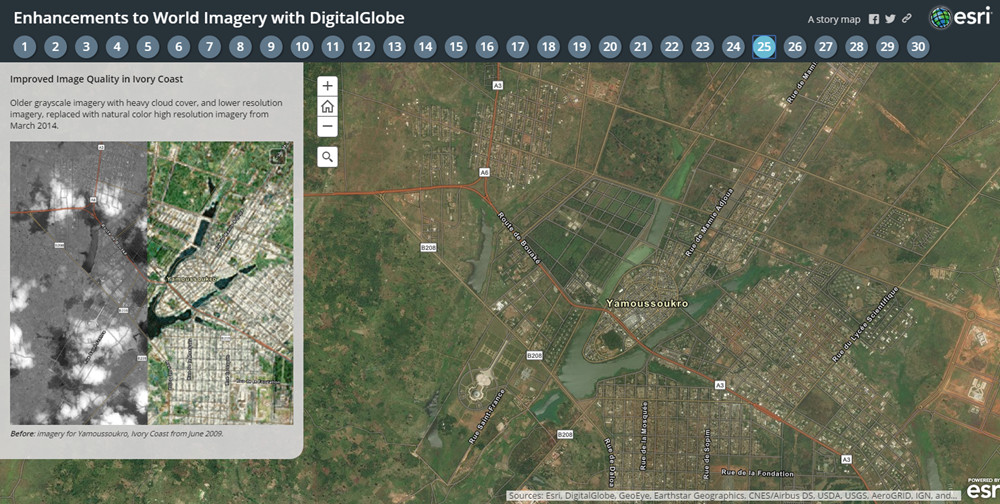 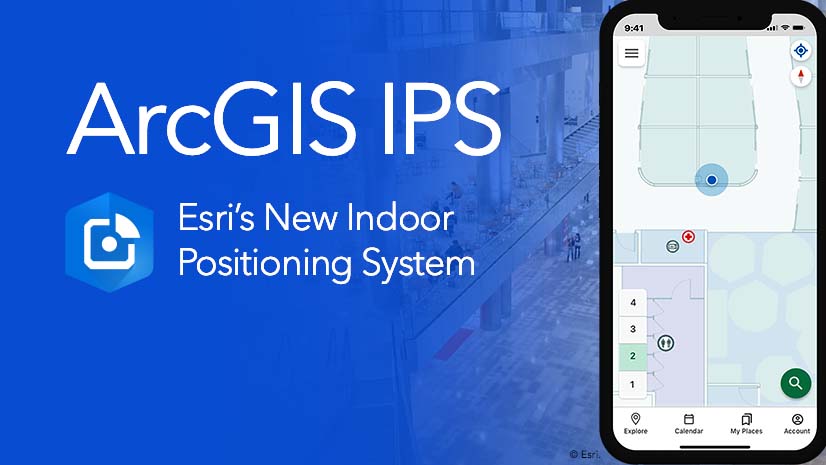