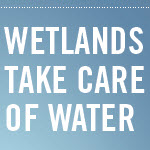 On this date, 42 years ago, the Convention on Wetlands of International Importance was adopted in the Iranian town of Ramsar. It had been in development since 1962, when ecologists began to worry that the global push towards “reclaiming” swamps would have a catastrophic effect on bird populations. The Ramsar Convention was the first modern treaty between nations aimed at protecting natural resources, and today we celebrate its legacy. The 163 signatories have designated 2,083 sites as wetlands of international significance, putting 488 million acres of land under the treaty’s protection.  The United States has 34 designated sites, including the Everglades National Park, the Upper Mississippiu River Floodplain, and the Izembek Lagoon National Wildlife Refuge in Alaska.

The theme of this year’s World Wetlands Day is: Wetlands take care of water. As Anada Tiega, Secretary General of the Ramsar Convention explains it: “this year is the chance for all of us working for wetlands to convince those who manage water that wetlands are not competitors for water but rather they are essential components of water infrastructure, providing a clean source and store of freshwater.”

To participate, send someone a free World Wetlands Day eCard, and consider donating to the Ramsar Convention’s Small Grants Fund. If you work on wetlands-related issues in GIS, make sure to check out the new Wetlands page in our Hydro Resource Center! 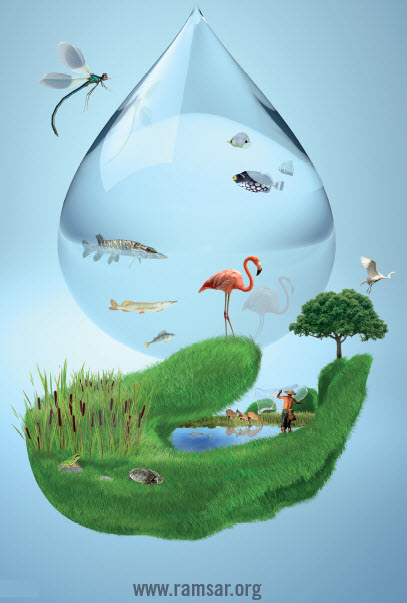