The Global Runoff Data Centre  (GRDC) operating under the auspices of the World Meteorological Organization (WMO) is one of the few data centers tasked to collect and archive in-situ Earth observations globally. GRDC is dedicated to collect river discharge data, which is the most accurately measured component of the water cycle (Grabs, 1997; Gutowski Jr., Chen, & Otles, 1997; Hagemann & Dümenil, 1998)?. In-situ monitoring is a largely underappreciated element of the Earth observations primarily due to difficulties in collecting and archiving data operationally from diverse institutions globally.

Data centers like GRDC are tasked with enormous responsibilities, while operating under severely limited resources and constraints in their ability to pursue donor agencies to submit their data. With the exception of exchanging meteorological observations, which is governed by international treaties, the collection and submission of in-situ observations largely relies on volunteer efforts. GRDC and other data centers are continuously searching for new data and establishing partnerships with national agencies and institutions, which can provide updates to their existing archives.
History

The Global Runoff Data Centre and its data archive can trace back its origin to the International Hydrological Decade initiated by the United Nations Educational, Scientific and Cultural Organization (UNESCO) in 1965. Perhaps, the most lasting result of this effort was the compilation of a comprehensive global river discharge database “The Discharge of Selected Rivers of the World” which was published in book form from 1969 through 1984 with some updates in 1988. The digitized version of this data compendium served as the basis of the GRDC data archive.

Originally, GRDC was started by the Institute for Bioclimatology and Applied Meteorology at the University of Munich in 1982, but it was transferred to the Federal Institute of Hydrology (Bundesanstalt für Gewässerkünde, BfG), Koblenz, Germany in 1984. After four years of initial preparation, GRDC was officially in operation in 1988.

The initial database had monthly average discharge records for over 3500 stations with varying temporal coverage that was expanded to over 8000 stations in the past two decades and initial monthly data was partially replaced and recalculated with daily discharge records.
GRDC’s Data Holding

The 8000 discharge gauges in the current GRDC data archive offer a reasonably complete coverage for discharge spatially (Figure 1), but the temporal updates are lagging in many part of the world. 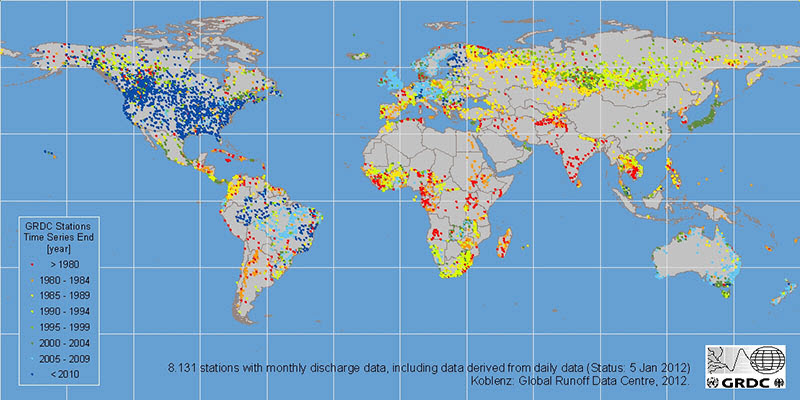 Figure 1: Discharge Gauges in the data archive from the Global Runoff Data Centre.

This lag is more apparent on the temporal evolution of the number of observing stations over time (Figure 2). According to the GRDC archive the “birthplace” of the modern discharge monitoring is Sweden that has discharge records dating back to 1807, followed by Germany in the 1820s and the former Astro-Hungarian Monarhy in 1860s. The rest of Europe and North America started discharge monitoring in the in the later part of the 19th Century, while most of the stations in Siberia started to operate after World War II, which probably coincided with the forced exile of the entire staff of the Federal Hydrological Institute of Hydrology in Leningrad (now St. Petersburg) during the last years of the Stalin era. 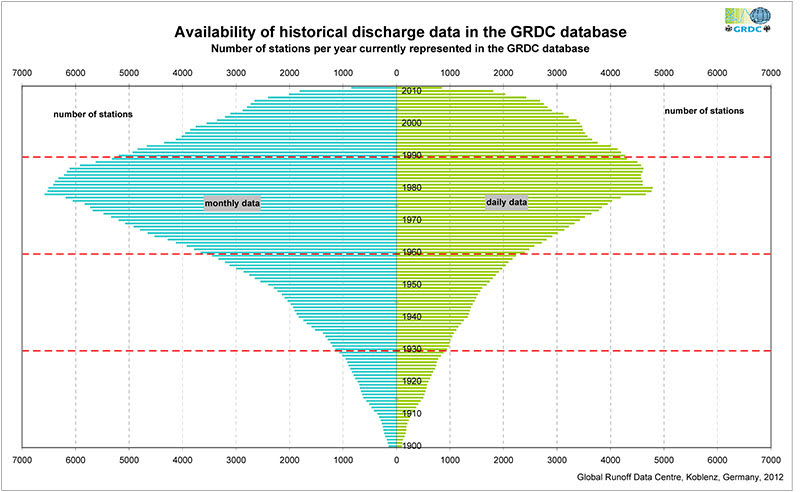 Figure 2: Availability of historical discharge data in the GRDC database by year.

The sharp decrease in the number of stations after the 1980s is often mistaken as a sign of the declining discharge monitoring network. Although numerous in-situ observing stations (not only discharge) were discontinued in the last two decades ironically coinciding with the elevated interest in climate change, but the drop in observations according to the GRDC archive is primarily the result of the lag between the observation and the time it takes to get it in the GRDC database. The decline of in-situ monitoring in the last two decades is partially attributed to the collapse of the Soviet Union and civil wars in developing countries, but even rich nations like the United States and Canada cut back on their monitoring programs due to budgetary constraints on the operating agencies.

Lack of international cooperation, and unwillingness to share data are typically sited as the main reasons for the lack of more up to date and comprehensive global data holding. The scientific community often expressed strong criticism regarding the data distribution policies that GRDC and other data centers adopted primarily to adhere to their agreements with data donors.

Perhaps, if the scientific community was just as vocal expressing the needs for free and open access to comprehensive in-situ Earth observation and convinced policy makers to set aside resources and make international binding agreements as they promoted immediate action on climate change, data centers like GRDC would be in a better position to serve their needs.
Summary

GRDC holds comprehensive records of observed discharge globally, but the data records are not always up-to-date particularly for the developing world. GRDC distributes its data freely upon requests from end users. Unfortunately, GRDC cannot share its entire data archive and only able to provide data for finite number of stations. Their discharge gauge catalog is available from their web-site (http://grdc.bafg.de) that includes all the station informations (name, country, river, catchment area, long-term average discharge, etc.) to make station selections easier. Requests to data should be sent to grdc@bafg.de.

GRDC is continuously seeking for new data and open to work with new partners to establish steady incorporation of newly recorded discharge data. GRDC has a preference to accept data from the original source on order to minimize the data degradation.
References

Special thanks to Balázs M. Fekete for providing this post. Questions for Balázs: bfekete@ccny.cuny.edu