The latest German tanks and troop transporters bristle with cameras and laser range finders that feed displays so the whole crew can see 360-degree views and measurements. A number of onboard advancements include smoke launchers, drones to extend perspectives, and a fully digital architecture that allows the crew to instantly swap who controls each sensor and weapon system.

When these vehicles are in motion, the top hatch is locked down blocking the turret, so a crew member can’t pop their head outside the vehicle to look around. Instead, they rely on sensors and the eyes and ears of soldiers around them for wider situational awareness while in operation.

The German military has been hard at work alongside the vehicle manufacturer and system integrator Rheinmetall to modernize the technology soldiers take into battle. A system of systems approach integrates the many warfighting systems for tanks, combat, troop support, battle management and more. A shared map-based operational view of the battlefield aids collaborative combat.

Rheinmetall’s new battle management system displays relevant tactical information on a shared map for use in navigation, operational planning, combat, and with higher echelon systems. It also integrates and connects with other entities on the battlefield to support a team of teams approach.

“They use digital maps for all the things paper maps were used for before, but now anyone can sketch on the map on their tablet computer and instantly share what they want to do,” said a former soldier and system integrator at Rheinmetall. “One of the big differences is that it’s much quieter on the radio, and there’s less confusion about where the enemy is, where my own forces are, and what we all want to do.”

System integrators like Rheinmetall pull together software and hardware components to create  next-generation networked soldier systems of systems. Instead of using a past proprietary mapping platform for this latest project, the Rheinmetall team chose the geographic information system (GIS) tools from Esri, including ArcGIS Runtime, to build 2D and 3D mapping applications that work online and offline.

The digitization of old systems has accelerated lately thanks to the shift away from analog radios to digital radios that provide not just voice communication but enable digital sharing of tactical information.

“I would say it’s a big leap forward,” the integrator said. “It brings an edge on who is where on a dynamic battlefield.”

Rheinmetall includes a fair number of ex-military officers who see the opportunity to innovate and improve on the tech they had, with the knowledge of what is needed. In the case of the integrator we spoke to, it would sometimes take 10 to 15 minutes to communicate plans with everybody via the analog radio about where they want to go. “When you draw on the map and share it with others, there are no questions anymore,” he said. “And they don’t have to shout through the woods.”

The vehicles and the soldiers are all interconnected on all one network now with a system that is proven and certified. The future soldier system will be deployed with the multinational NATO task force in the Baltics soon. “It’s not an island in itself but is interoperable with the rest of the task force,” the integrator said.

Addressing the Stress of Information Overload

The system contains a variety of filters based on the structure of the German military chain of command. For example, the battalion commander or company commander can see platoons and squads, but don’t need to know the position of every soldier. And the soldiers see only what’s in their area of interest and what’s around them.

“From my own experience in Afghanistan, we used to look at analog maps of improvised explosive devices (IEDs) and the whole map would be red,” the integrator said. “That didn’t mean there was an IED everywhere, it just meant nobody was filtering the data or updating the map, and you couldn’t use it for decision making.”

When designing these digital systems, cognitive load is a key consideration. Similar to how equipment is getting smaller and lighter to remove the physical load of soldiers so they can be nimble and move quickly, the cognitive capability to absorb information and make good decisions in stressful situations is also being considered.

“We conducted many field trials and a lot of iteration with the end users,” the integrator said. “They are not interested in a fancy technical solution; they’re interested in something that helps them do their job better.”

Maps are a key means to keep things simple because we all innately know how to use a map. “Maps always were and always will be in some way the backbone for military leaders and for conducting military operations,” he said. 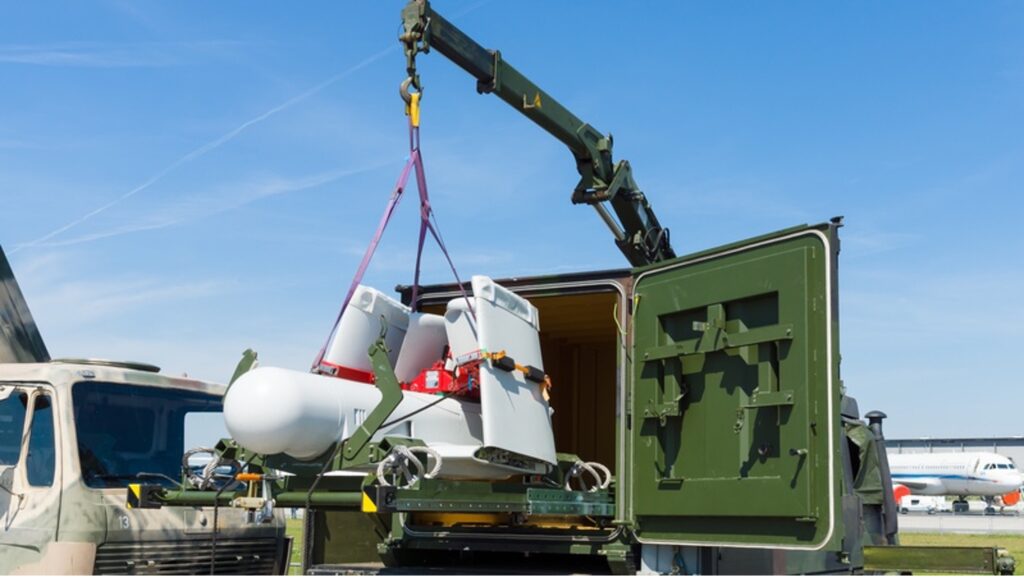 Contrasting to Current Conditions in Ukraine

The modernization approach among NATO forces stands out against the Russian approach in Ukraine, because modern combat is not won by the number of soldiers anymore. Instead, it relies on information superiority to enable decision dominance and coordinated collaborative actions.

Ukrainian forces have apps on their phones, and they are sharing information about where Russian troops are and where high-value targets are located. Then they can decide what artillery system to use without having to throw all their soldiers at the target.

“It’s a clever way of doing things that also cares about our soldiers,” the integrator said.

When it comes to the next generation of soldier systems, the emphasis isn’t on empowering each individual to do it alone, it’s about collaboration and working together as a whole.

System integrators have also come together to make this happen, with many technical minds piecing together different parts from aligned industry partners, working to advance what’s possible.

“I think it’s the same as our approach to building a complex system of systems,” the integrator said. “You have to focus on a deep level about the functionality of all the different parts of the system and coordinate all the different parts to get them working together. Together they form a system you couldn’t create on your own.”

Learn more about how GIS empowers all staff and warfighting functions.

Chris Oxendine is the director of Defense/Intelligence Solutions at Esri, where he works with customers and partners to meet the geospatial intelligence mission. Prior to joining Esri, he directed the Center for Environmental and Geographic Sciences (CEGS) at the United States Military Academy at West Point. At the start of his career, he was a Military Police Platoon Leader at Fort Benning, Georgia, and deployed to Kuwait. He served as a Military Police Company Commander and Commander of a Fire Fighter Detachment at Fort Rucker, Alabama. He deployed twice with the 101st Airborne Division to Afghanistan. He holds a Ph.D. in Earth Systems and GeoInformation Science from George Mason University, a master’s degree in Cartography/GIS from the University of Wisconsin-Madison, a master’s degree in Business and Organizational Security Management from Webster University, and a bachelor’s degree in Mapping, Charting, and Geodesy from the United States Military Academy.