Shifting to a Greener Future in Coal Country

Wrinkling my nose, I ask “Does it smell like a urinal out here to you?” My mother in law laughed and quipped “You’re just smelling West Virginia.” Normally this would offend me if it came from anyone else, but she’s from here. It’s her birth right to make cynical quips at the state’s expense.

We’re at a rest stop on our way to Ashland, KY and we’re about to descend towards the Kanawha River Valley – into the heart of Coal Country. Colloquially, it’s known as Chemical Valley. The region’s economy is almost singularly centered around coal refineries and chemical production. This singularity comes into stark visual relief as we get back on to I-64W.

Humming along to Roy Orbison, I’m craning my neck admiring the sharp looming mountains when small flat valleys open up below us along the river. What first appear like quaint little mountain towns begin to take shape; just a few hundred yards long and a block wide, I see they’re comprised of tiny shotgun houses, single-wide trailers, or the burnt down hollow shells thereof. There’s a single muddy, black street and a train track. A dog scampers across. Punctuating the end of the town are 3 giant piles of coal and a massive refinery whose footprint easily doubles that of the town’s. Everything is covered in grime from pollution, the recent winter storms, and the floods from the river. These towns expand outward as the valley widens towards Charleston. If they’re lucky they have a Dollar General. Near Charleston we see a Walmart. These towns are densely packed to fill every square inch of the valley and stop just as abruptly when they hit the foot of the mountain. The peaks watch over them on one side, and the coal plants on the other.

According to the US Energy Information Administration, West Virginia ranks 5th in energy production, accounting for nearly 5% of the nation’s total. Regarding coal production, they account for nearly 13% of total U.S. production just behind Wyoming. Bottom line: energy is West Virginia’s economy and they are exemplary of the situation experienced by several states whose borders cover the Appalachian region. With efforts such as those outlined in the Infrastructure Bill that seek to shift towards greener energy production in the region, states recognized the need to do just that. The effort is underway but remains complex. Taking advantage of the funds set forth in the bill requires a strategy.

A significant part of this strategy includes understanding where opportunity exists and then communicating this out to stakeholders. West Virginia’s neighbor, Kentucky, recognized this and developed a Solar Siting Tool using ArcGIS Suitability Modeler and ArcGIS Hub in 2020. In September of 2021, Ford Motor Company made an announcement that they’re setting up a battery-manufacturing shop in the region. I speculate that they were attracted, in part, due to Kentucky’s strategy for developing the necessary infrastructure required to support greener economies.

As states jockey to attract this kind of business and expand their economic portfolios, they need to develop and communicate their strategy. States like Kentucky have given themselves an edge – poised to quickly communicate where and how they might target funding from the Infrastructure Bill. With Esri’s tools, they easily configured and deployed their site, removing what might have otherwise been a costly and lengthy effort for a custom-developed setup. It’s a pattern for other states to repeat and even expand upon! Most often, the investment in the technology has already been made, but it may be under-utilized. If I were a Governor, I’d be giving my GIS staff a call and sending them Kentucky’s example!

Leaving Ashland, we pass the old AK Steel Blast Furnace. Ten years ago, when we passed this same way, the flame from the blast furnace shot up high into the air illuminating the town below. In 2019, the plant closed – leaving thousands of individuals in Ashland without work. The now-quiet remnants of the plant are bittersweet, a reminder of the region’s struggles and an eye towards developing a greener, stronger economy.

You can get started with your own solar siting here and learn more about the application of GIS for renewable energy here.

Learn more about how GIS can align with federal funding programs.

Sunny Fleming is Esri's Industry Specialist for Environment and Conservation. With a background in plant ecology and botany, she has applied location intelligence throughout her career; from monitoring species in the field to helping state parks manage recreational assets across their systems. She continues to pursue her passion for environment by now supporting others in applying location intelligence to their work. 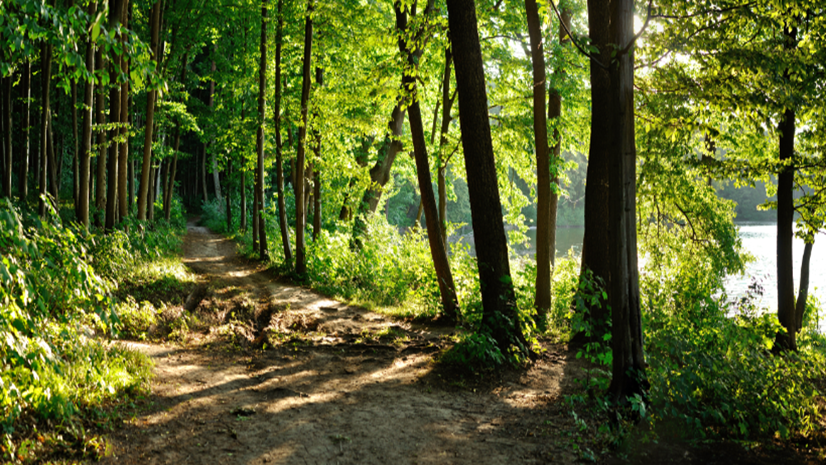 Nearly every project that the Infrastructure Bill will fund will require people to make decisions about environmental impacts. GIS can help.