According to the United Nations Children’s Fund (UNICEF), more than 800 women die each day from complications that occur during their pregnancies or in childbirth. For each of these women, another 20 women suffer serious injuries, infections, or disabilities related to childbirth.

Properly trained and equipped midwives can provide up to 90 percent of the essential health interventions for pregnant people and their newborns. The profession of midwifery predates modern obstetrics, tracing back to ancient times, and has been practiced by indigenous cultures all over the world. More recently, midwives were nurses who undertook additional study. Currently midwives become qualified by obtaining a dedicated university degree. They can work in many settings, such as maternity wards in hospitals, birth centers, and obstetricians’ offices.

ICM, an accredited nongovernmental organization (NGO), supports professional associations of midwives throughout the world. Its member associations represent 117 countries in six regions. Furthermore, ICM collaborates with the World Health Organization (WHO), the United Nations Population Fund (UNFPA), other UN agencies, and an international roster of professional health-care associations and other NGOs.

A nongovernmental, nonsectarian, and not-for-profit humanitarian aid organization that is active throughout the United States and in more than 80 other countries, Direct Relief  has “a mission to improve the lives of people who are endangered by poverty or emergencies—without regard to their politics, religion, or ability to pay.” This includes supporting midwife-led continuity of care (MLCC), which is an evidence-based approach to improving health outcomes for women and babies during vulnerable periods of pregnancy and childbirth.

Direct Relief and ICM collaborated on the Global Midwives’ Hub, a project to support midwives by amassing a substantial repository of midwifery-focused data from reputable sources and making it available.

Jessica White, the GIS project specialist at Direct Relief, was extensively involved in the development of the hub site. According to White, “Midwives are experts in their field, providing crucial health services to their communities and advocating for improvements within their profession. Midwives can often find the concept of working with data to be overwhelming, as it is out of the scope of their usual work. We want to recognize the important role that midwives play, to remind them they are continuously creating data with every patient they see and delivery they support and increase their capacity to understand and make use of data.”

The goal of the Global Midwives’ Hub is to make midwifery-focused data easily accessible by midwives anywhere in the world, improve geographic data literacy, and strengthen the ties between midwives’ associations to ultimately enhance maternal and newborn health worldwide.

Direct Relief contacted GISCorps for assistance in creating the site. URISA’s GISCorps has been providing GIS services on a volunteer basis since 2003. GISCorps has supported hundreds of missions that range from humanitarian relief to conservation. A team of three GISCorps volunteers from dymaptic—Mara Stoica, Jessica Lott, and Heidi Moring—were selected for the project.

A GIS-focused software development company, Esri partner dymaptic uses its deep experience with the Esri system to create solutions for its clients’ real-world needs that range from configurations to custom applications built from scratch. Its customers include Fortune 500 companies, nonprofits, and large municipal governments.

The company encourages its staff members to volunteer for GISCorps projects. According to Stoica, who is the CEO of dymaptic, this work boosts morale. “It’s an enriching experience both for our volunteering staff and for the company. Allowing and encouraging our people to do good in the world makes both them and us feel good, and it’s a strong contributor to a positive environment and company culture.”

“Helping others has always been a passion of mine, so when I was told that I could use my tech skills to assist others, I was thrilled,” said Lott, a GIS developer at dymaptic.

The datasets, with a list of attributes, were provided by Direct Relief. The GISCorps volunteers worked on the project for more than a year, completing it in May 2022. Providing a solution that met the needs of ICM was one of the most challenging aspects of the project according to Lott. “My knowledge of how midwives use GIS data was basically non-existent. A lot of the time spent on the project was learning how this data was consumed by their users so that we could help build a solution that was useful and intuitive.”

The actual accumulated time on the project was about three weeks, with most of that time spent creating Python scripts to automate data loading of feature layers. Moring, who is also a GIS developer (and is no longer with dymaptic), wrote the Python script that automated loading data from spreadsheets into ArcGIS Online. At the end of the project, Lott spent time assisting Direct Relief in configuring the hub site and reviewing the hub community users. The team the site’s user community to designate some content as favorite content, access content anytime, and create data visualizations to share with others.

The Global Midwives’ Hub features data from The 2021 State of the World’s Midwifery Report (SoWMy), 2021 report, a publication of UNFPA, ICM, and WHO. SoWMy datasets can be explored, searched, and visualized along with related data provided by WHO and UNFPA as well as national and subnational statistics.

The combination of open data, mapping tools, and named users available on the Global Midwives’ Hub provides critical information in an accessible format, putting tools for effective advocacy into the hands of midwives around the world. These resources support ICM’s more than 140 midwives’ associations, which serve more than 744,000 midwife members worldwide. Through the site, data on demographics, health coverage, morbidity and mortality, midwifery workforce, national health policies, and population is available as downloadable datasets and in Esri StoryMaps apps about each region. The pop-ups in the map of the midwives’ associations with ICM membership give information about midwives in each country.

The site makes specific information on the following available: educational opportunities; professional requirements for midwife certification; leadership, regulation, and the nature and extent of each national organization’s participation in ICM. Training modules to teach users how to use the Global Midwives’ Hub, how to use the data it provides, how to visualize data, and how to share their work are currently under development.

Midwives fill a vital role by making effective care accessible and promoting the well-being of women, adolescents, and newborns. As the findings in SoWMy demonstrate, midwives are core members of the sexual, reproductive, maternal, newborn, and adolescent health (SRMNAH) workforce needed to safeguard the lives of millions of mothers and children. Midwives are instrumental in making progress toward the targets of the 2030 Agenda for Sustainable Development.

According to SoWMy, there is currently a global shortfall of 900,000 midwives. This shortage is most severe in Africa. The Global Midwives’ Hub, built through the collaboration of Direct Relief and ICM and with the help of GISCorps, is making this important data accessible so that it can be used to promote advocacy for regulations that support midwives and promote better health outcomes for mothers and children.

The data made available through the hub site is being used by midwives’ associations around the world as they advocate for their profession and improved health outcomes within their ministries of health. Several midwives’ associations have taken their understanding of data a step further by collaborating with Direct Relief on mapping projects within their countries, looking to geographic data to answer questions important to their work. Those midwives are referred to as #MappingMidwives, with several collaborations of midwives ongoing in Argentina, Malawi, Namibia, and Switzerland.

Connecting with Those Who Need Help

The Global Midwives’ Hub was the second GISCorps project for Lott. In 2021, she was one of several hundred GISCorps volunteers who helped create a nationwide COVID-19 testing and vaccination layer for the United States. The midwives project required a much larger commitment on her part, but she strongly encourages GIS professionals who think they do not have enough time to volunteer for GISCorps.

“Sometimes just helping an organization plot a few points can have a large impact on their endeavors. The sense of accomplishment from being able to use your GIS skills to help those in need is hard to beat. GISCorps made it possible to connect with those who could use assistance,” said Lott.

Stoica echoed the value of volunteering her GIS expertise “for an organization that has such a profound impact across the globe. It feels amazing to know that I have contributed toward making life better for mothers and babies from every corner of the earth [and] to learn about the struggles and challenges these women battle every day, the perseverance and love that drives them, and how the support of a worldwide network contributes to that fight. I’m so happy that they now have another tool at their disposal,” said Stoica.

For her part, White could not be more pleased with the collaboration with dymaptic and the GISCorps. “It was an incredibly rewarding experience partnering with such talented, driven, and supportive individuals. As the Global Midwives’ Hub continues to evolve, we look forward to supporting midwives as they use geospatial data for data-driven advocacy, decision-making, and for improving the health outcomes of the communities they serve.” 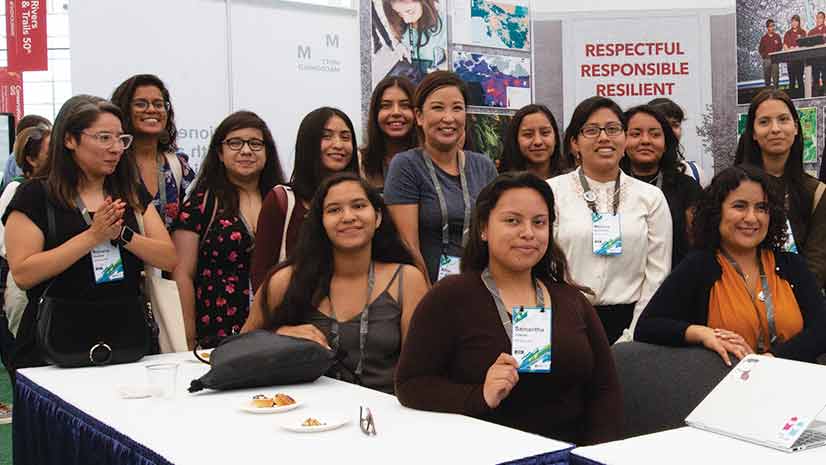 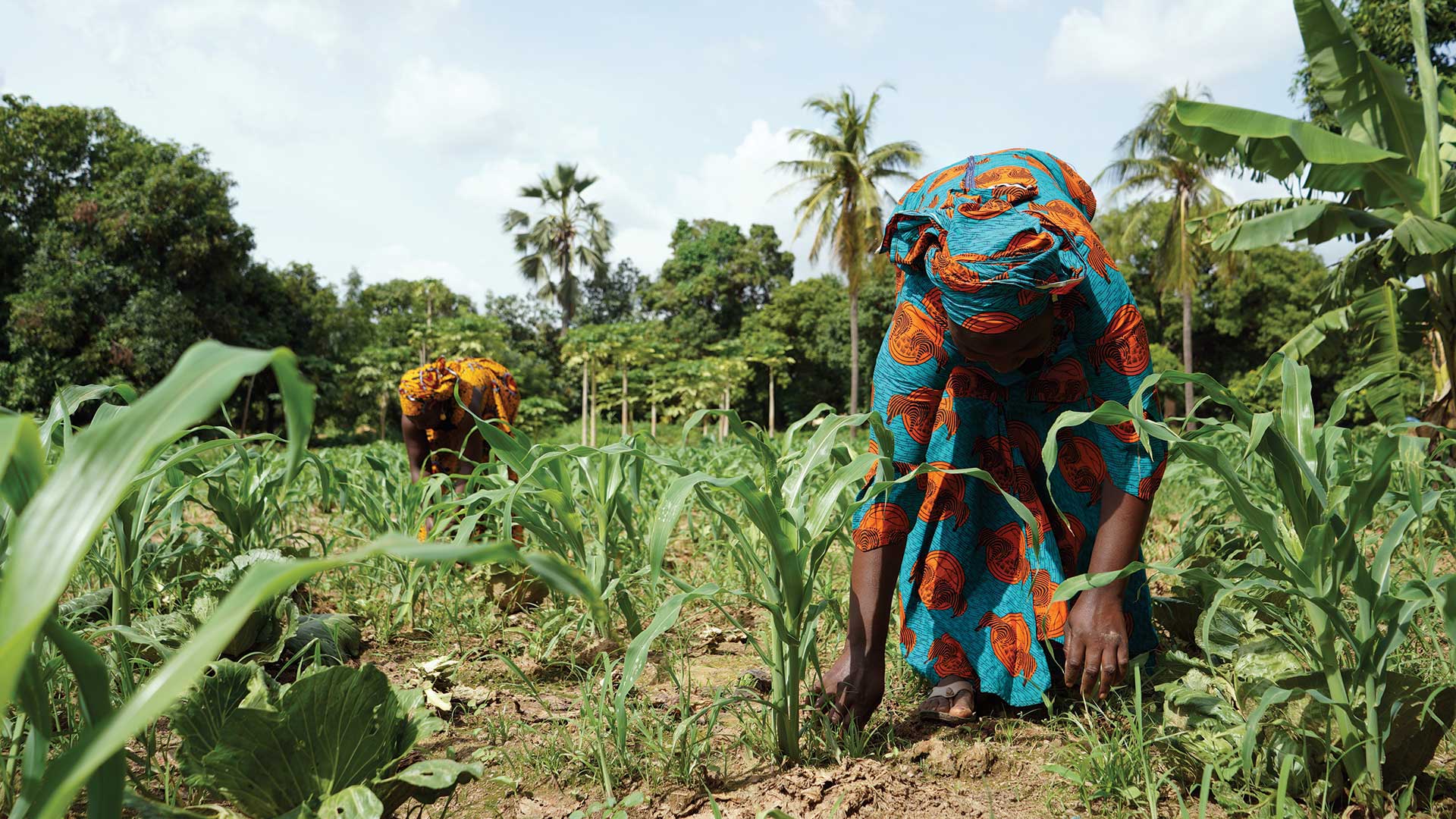 Ensuring women have the right to own land could lift millions of people out of hunger and reduce rural poverty, 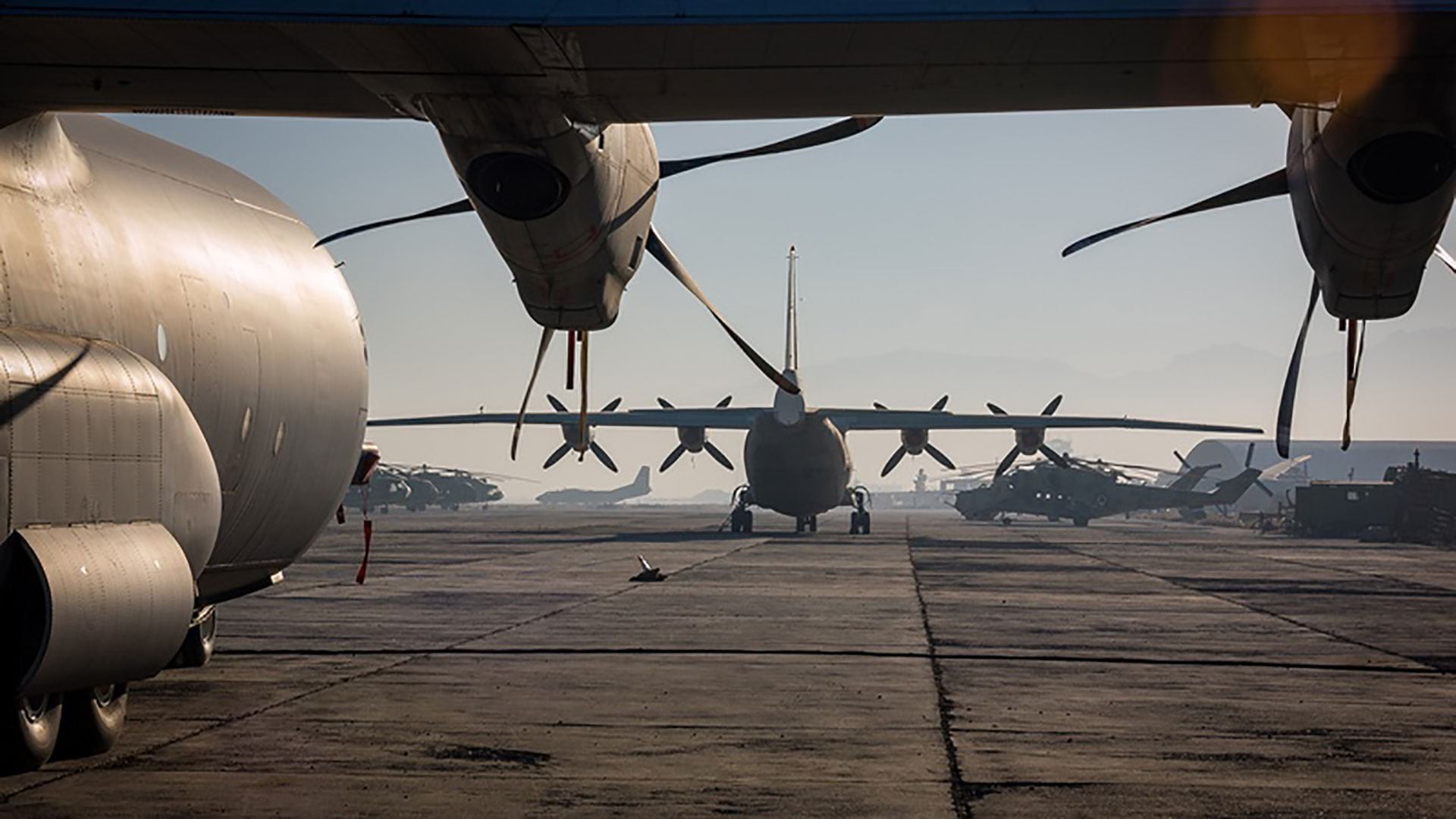 GIS is being used to help thousands who were left behind when United States forces left Afghanistan.