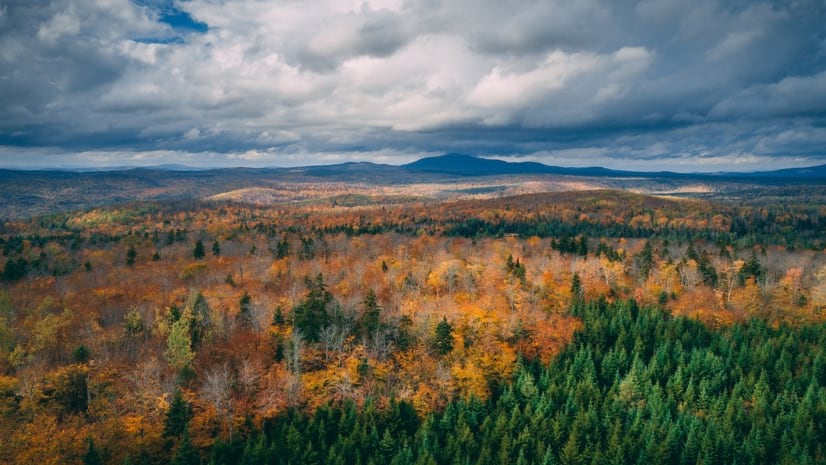 Seven Islands foresters manage ecosystems, biodiversity, and changing conditions with a real-time map of their forest.

For the foresters of Seven Islands Land Company, the winter months in northern Maine are the most productive. There aren’t biting bugs, and the boggy areas freeze, giving trucks access to all corners of the company’s more than 800,000 acres of forest. But lately, there’s been a change.

“It wasn’t long ago that you could hang your hat on it— winter was winter and we could get where we needed to go,” said Jason Desjardin, planning forester at Seven Islands.

Last winter, there were several dramatic 80-degree shifts in temperature, from -20˚ to 60˚F and changing snow to rain, in a 24-hour period. Trees and foresters have difficulty keeping up with those extremes.

Roads are a critical element for Seven Islands to manage. If the roads continue to thaw in the winter, a new road maintenance practice will have to be adopted.

Desjardin explained how things have changed. “We could bulldoze roads flat in the winter, and just rely on snow to smooth the track,” he said. “Now we have to add gravel and pipes, things we rarely did 10 years ago.”

“If there’s one thing that’s constant in the forest, it’s change,” Desjardin said. “For a data geek like myself, having this great lineage of information helps me see the story unfold over the landscape, and connects all the dots.”

Mapping to Understand the Forest

This special place contains a complex mix of deciduous and coniferous trees that lends itself to varied harvest practices, with foresters mimicking natural forest disturbance patterns to maintain the species balance. Maine is very wet and full of incredible species diversity, home to 32 native trees, and situated within what is known as the Acadian forest biome. Red spruce is the hallmark species of the Acadian forest in Maine, even though white pine is the iconic state tree. Some other important and recognizable tree species include birch, balsam fir, maple, aspen, ash, and American beech. The diversity of terrain and tree products makes every day interesting for a Seven Islands forester.

John McNulty, a prior president of Seven Islands, called it the magic forest, because it grows trees so well. Seven Islands foresters help trees along by applying management practices, such as shelterwood method, cutting out older trees to thin the canopy and let more light in so that seedlings can get established.

The foresters use GIS to catalog this work and when they conduct an inventory of trees—mapping species, age, and quality. These details all relate to specific wood products. The forester’s job is to manage each species sustainably and make sure demand for a specific product doesn’t lead to overcutting. The task requires an intimate knowledge of the forest, as well as the ability to see and catalog each stand, a contiguous community of trees of similar composition, age, size, and structure.

“Many of these stands are just a wall of green, with vegetation from 1 inch aboveground to 80 feet,” said Nalbert Tero, an operations forester with Seven Islands. “We map it to create a fabric that reflects the many different types of trees and stands and their maturity.”

The foresters of Seven Islands work for the Pingree family, who have owned this land since the 1840s.

In 2001 the development rights to more than 760,000 acres of the family’s holdings were sold to the New England Forestry Foundation, creating the country’s largest conservation easement. The Pingree family has a strong commitment to conservation, and this move cemented the role of these forests as working lands in perpetuity. The conserved area includes land ranging from the eastern edge of the White Mountains to the Allagash Lake and beyond—an acreage nearly the size of the state of Rhode Island. Much of the land is also part of a pact of large landowners known as North Maine Woods that manages public access for recreation and camping.

Timber revenue supports these and other priorities that include aesthetics, biodiversity, and the conservation of ecosystems. Seven Islands foresters use modern mapping tools to track performance metrics related to conservation and recreation expectations while sustaining logging revenue.

“We’re always trying to balance all those outcomes across our landscape,” Tero said.

The Pingrees began using innovative mapping methods in the 1920s, and data and maps have been part of the process ever since.

Operations foresters lay out harvests and choose prescriptions for the areas they manage. Each plan and harvest layout includes a map that shows what needs to happen where. The map helps these foresters follow through on the harvest and make sure everything happens as planned. Foresters can see the plan, the contours of the land, and the treatments that each stand has received.

Historically, Seven Islands operations foresters send in forest plans yearly. This year, instead of giving their files and maps to one forester the way they had been, they shared their plans in GIS and reviewed them together.

“If there was a problem, it was fixed right there and then,” Tero said. And it saved the one forester weeks of work, while making everyone aware of each other’s plans.

With mobile apps, foresters have all key data layers with them all the time. They can conduct viewshed analyses to know how a clear-cut will be seen from the road or popular recreation spots; look at animal and plant patterns to see if plan modification is needed; and take a watershed view of streams to protect water resources.

Recently, Seven Islands has been using GIS to create a digital twin of the forest to give cross-departmental teams a leap forward in operational understanding.

Teams are pushing to speed up the time from plan to implementation. If a plot of land was meant to be harvested but it’s too wet, they want planners to know quickly so that they can adjust if harvests fall short of the forecast.

The real-time view of progress has minimized scrambling to fill gaps in the wood products Seven Islands delivers to sawmills. And it lets foresters keep track of invasive species and other ecological pressures so that they don’t lose the magic of the forest.

“The newer-generation professionals really value having access to data and information,” Desjardin said. “They can build their days, and we can track their progress. It’s a passive communication, where we all see progress because everybody’s feeding data to the same map.”

And the value of the data has grown with every new person using it.

“The more people working off these centralized cloud datasets, the more powerful it is,” Tero said. “When we got everybody using it, it became 10 times more effective.”

Learn how other forestry organizations use GIS to gain operational efficiency. 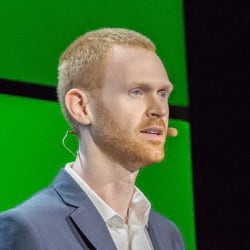 Scott is a solution engineer on the Natural Resources team at Esri. He works with organizations in the petroleum, forestry, and renewables industries to incorporate location intelligence and GIS into solutions that address business challenges. His prior experience includes various roles as a GIS professional in the energy industry.