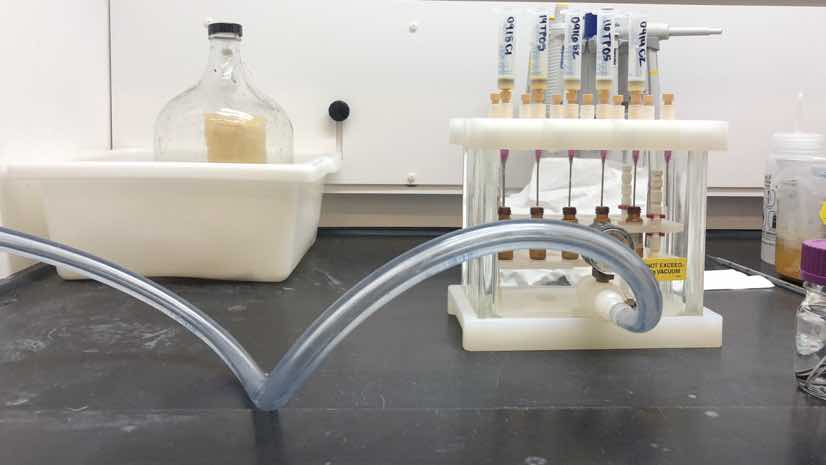 Close to a thousand people died from opioid overdose last year in Tempe, Ariz., according to the state’s Department of Health Services. More alarming, the number of lives lost is 20 percent higher than in 2016 and 74 percent higher than 2012. Arizona is not alone in confronting the opioid epidemic. Bleak reports from the Centers for Disease control say drug overdose is responsible for more deaths in the US annually than guns or car crashes.

Faced with this crisis, Arizona Governor Doug Ducey declared a health emergency in June 2017 and issued an executive order requiring incident reporting within 24-hours. The near real-time surveillance system would log suspected opioid overdoses, deaths, and administered doses of naloxone—a medication designed to rapidly reverse opioid overdose. The move was touted as a first step toward understanding the current opioid problem in Arizona and improving prevention and intervention.

Officials in Tempe now provide a near real-time map-based dashboard of opioid-related emergency response calls in the city. The interactive site allows visitors to explore data based on age, gender, and status such as homeless, veteran, or student, as well as incident dates. Within a few minutes, viewers can see how widespread and indiscriminate the disease has become—spanning all neighborhoods and income levels.

This level of transparency in reporting is becoming more common in the battle against opioid use disorder, and Arizona officials see it as a positive stride.

“The more cities that share their data, the less stigma and anxiety I think people will feel about it,” said Stephanie Deitrick, enterprise GIS manager for the city of Tempe. “Getting support from city leaders and our Fire Medical Rescue Department to share this data felt easy because they were already bringing together stakeholders to find ways to fight this epidemic and raise awareness.”

The city of Tempe recently teamed with researchers at Arizona State University (ASU) to test and monitor the city’s wastewater to reveal the presence of opioids and other substances. Researchers have been studying sewage for years as a way to uncover clues about a community’s health and provide an additional metric for understanding problems.

Scientists and students in the Human Health Observatory lab at ASU’s Biodesign Institute analyze wastewater samples for Tempe along with 300 other US cities. This approach produces anonymous, fact-based information about the substances and quantities people consume—beyond what is typically reported on a public health survey.

“A majority of wastewater in the Phoenix metropolitan area [including from Tempe] is routed to the 91st Avenue Wastewater Treatment Plant,” said Adam Gushgari, postdoctoral research associate at the Biodesign Institute. “So, we’ve had to locate sampling areas carefully to capture 100% Tempe-generated wastewater and minimize the input from other cities.”

Wastewater analysis can isolate and identify concentrations of specific compounds. Researchers then compare chemical signatures in the sample against a library of known compounds. Concentrations are extrapolated to determine mass per day per population, indicating the prevalence of drugs in an area, an estimated number of users, and even an estimated number of overdoses.

“Drug use is very dependent on many factors—situational, economic, and even personal issues,” Gushgari said. “What one city experiences might not be mirrored even in a sister city.”

Wastewater analysis can distinguish a wide range of drugs and substances. In addition to opioids and other illicit drugs, the lab has tested for nicotine and alcohol as well as stress hormones. Tests can also differentiate types of opioids including morphine, codeine, oxycodone, heroin, and fentanyl.

Long-time advocates of open data, Tempe officials joined What Works Cities, a Bloomberg Philanthropies initiative that takes a data-driven approach to meeting the needs of citizens. In Tempe, open data based on wastewater research could prove critical in the fight against opioid addiction as well.

“Once we receive the data, we’ll use it to implement different strategies,” Deitrick said. “We’ll look to see changes and to alert us if new forms of opioids are coming in.”

New, synthetic strains of fentanyl are resistant to the overdose antidote and have been implicated in increasing deaths. Early alerts to the presence of this compound in the community could aid intervention and thus drive down opioid mortality rates. Using an open data approach, the city could use its website and other real-time communication to warn the public and prepare emergency responders.

“We’re cautious about how law enforcement might use this type of information because wastewater data isn’t specific enough to trace back to a person or even a neighborhood nor is that the goal,” Deitrick said. “The goal is to stop people from dying and reduce opioid use.”

As an expert in GIS mapping, Deitrick can attest to the fact that people can more easily relate to data when they see it on a map.

“You don’t have to be a statistician to be able to interact with the data and glean ideas,” Deitrick said. “First responders who are out in the field and clearly have other things to focus on get really interested to see what’s going on across the city.”

Tempe worked with the ASU researchers to better understand the data and to ensure that collection methods ensured anonymity. The researchers collected six months worth of samples before the data were provided. The City is working on creating additional map based dashboards using this data .

“I’m hoping other cities get more comfortable putting this data out on their open data portals,” Deitrick said. “We need to focus on the benefits of transparent data to help overcome concerns that sharing it may highlight that there is a problem.”

View Tempe’s story map about their opioid addiction work. Learn more about the Opioid Mapping Initiative and view the human face of the epidemic. Configured applications are available to local government to help combat various facets of this crisis. 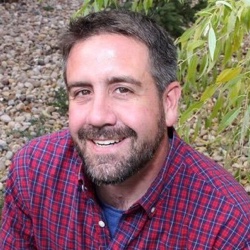 Jeremiah Lindemann supports local government customers as a Solution Engineer at Esri. He has advocated for greater awareness of the Opioid Epidemic since losing his little brother JT more than ten years ago. He combines his career knowledge of mapping solutions and the ArcGIS platform to help deploy data-driven solutions to this complex socioeconomic problem. He coordinates monthly webcasts with local governments to map various datasets around the opioid epidemic via the Opioid Mapping Initiative. He created the Celebrating Lost Loved Ones map that the National Safety Council now hosts to help humanize the response to this crisis.