At each geography level you can learn more about the trends, statistical patterns, and population impact of air quality throughout the world. Studying where PM 2.5 concentrations exist can help policymakers form new laws to help protect the health of their population. Explore the layer within the map below showing the 19 year average of PM 2.5 concentrations. See which areas meet the World Health Organization (WHO) annual guideline for PM 2.5 concentrations which is 10 micrograms per cubic meter. In the map below you can see areas in red do not meet the WHO guideline, and areas in grey meet the WHO guideline. Pan and click on the map to learn more. Zoom in to see more detailed information.

PM 2.5 are small particulate matter of 2.5 microns or less in diameter that are in the air we breathe. These tiny particles can be ingested into your lungs and bloodstream, causing a great risk for cardiovascular and respiratory diseases. They can come from many different sources such as power plants, vehicles, fires, dust, and many others.

According to the World Health Organization (WHO): “Ambient (outdoor) air pollution in both cities and rural areas was estimated to cause 4.2 million premature deaths worldwide per year in 2016; this mortality is due to exposure to small particulate matter of 2.5 microns or less in diameter (PM2.5), which cause cardiovascular and respiratory disease, and cancers.”

What can we learn from this layer?

The layer provides an overall picture of air quality at a global, regional, and local level, helping us answer questions such as:

In order to enact change where air quality is disproportionately impacting the population, governments or policymakers may want to explore each of the questions listed above. For example, the United Nations Sustainable Development Goal 11.6.2 sets a target to reduce the per capita impact of fine particulate matter. To do this, not only the raw PM 2.5 figures are needed, but also the population weighted figures. The animation below compares the aggregated PM 2.5 figures (left) to the population weighted PM 2.5 figures (right). Notice how many countries that meet the WHO guideline no longer show as grey, because there are a large amount of people feeling the impact of poor air quality.

Another way to see the human impact is by seeing which areas have higher counts of population. In areas with poor quality and high population, there is a disproportionate amount of people who are impacted.

The global air quality layer and all of the ready-to-use maps can be used within your own maps and GIS workflows to tell various different stories about global air quality. For example, add the layer to your existing maps or favorite one of the Living Atlas maps and then add it to your story maps. This story map explores the various different maps above through a guided experience.

The layer and maps can be found within ArcGIS Living Atlas of the World and can also be found in this ArcGIS Online group, seen below:

How was the layer created?

NASA’s WGS GeoTIFF files were first brought into a multidimensional mosaic dataset in ArcGIS Pro 2.6.0. This allowed the 19 years of data to be analyzed together within a Space Time Cube, which allows us to visualize and analyze spatiotemporal data. From the Space Time Cube, we are able to analyze the data through a Mann-Kendall trend and the Emerging Hot Spot Tool for each geography level. These analyses provide us with the average annual PM 2.5 value for each year, the average value of PM 2.5 over the 19 years, the hot and cold spots, and the trend over time.

In order to investigate the human impact, each geography level contains a population figure. These were derived from the 2016 World Population Estimate layer from ArcGIS Living Atlas. The hex bin population figures were used to create a population-weighted figure for each area. 50km hex bins were used as the lowest level of analysis due to research done by Birch, Oom, and Beecham in 2007.

Kevin Butler, a Product Engineer on Esri’s Analysis and Geoprocessing team designed this workflow, along with Lynne Buie from the Spatial Statistics team at Esri. Try out a similar workflow yourself using the same NASA data by following along with a Learn ArcGIS lesson by Kevin and Lynne: 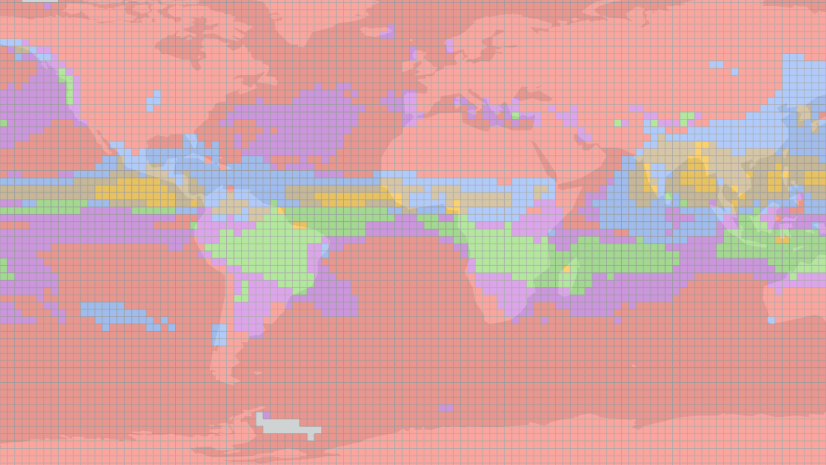 Learn how to use the Space Time Pattern Mining toolbox with raster data. 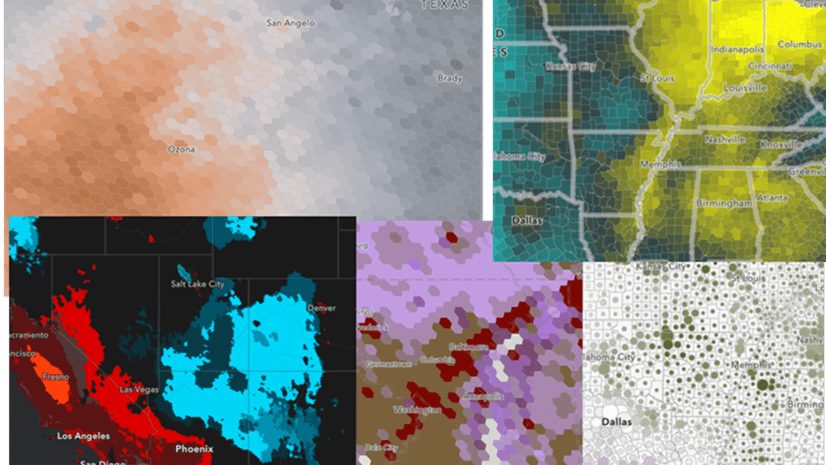