Part 3: Do it! Incorporate XR into your workflows!

First up, thanks to all of you who have engaged in this topic over the last couple of weeks.
It’s been fun talking to lots of you and getting your insights on all things XR.

If you’ve missed my previous posts on this, then you can catch up here and here.

Let me set the scene:
Remember that feeling you used to have (or maybe still do have – no judgement here!) when you woke up on Christmas morning? Well hold onto your hats (or any other clothing item of your choice) my friends, because this is way better!
I’ve got a couple of great announcements to make in this blog post!

I am excited to tell you that we have just released the new version of the CityEngine VR Experience! Whoop whoop!

The whole team is headed by Stefan, then there’s the two Benjamin’s and Marcel who do most of the development work, Fabienne who works on animations (hint hint for future releases!) and Ioanna who is actually an architect and brings in a whole different perspective and requirements.
This team is in charge of turning your wishes and whims into a product that can be widely adopted and used by you.

Here are some of the ways they made this happen:

You said: “Navigation is not very intuitive. The two controllers are a bit annoying and don’t react in a way I would expect.”
The new CityEngine VR Experience uses only one controller. Amongst other things, this means that there will be no more awkward fumbling and accidental teleportation when all you want to do is point to an area.

You said: “The view from your office in Zurich looks lovely and all that, but can I add my own 360 photo and create a custom office panorama?”
OMG yes you can! I am so glad you asked! This was something that was requested very often so we made it happen in this release! Got a 360 photo of Kings Landing? Turn your VR Experience into a scene from Game of Thrones (or something more realistic and useful).

You said: “I don’t like that you can still see the room when I am inside my model on the table. Can you do something about that?”
Funny story, the fact that you could see the room kind of happened more by accident than by design. …but when we saw it we thought it was pretty cool and that we would see what people thought of it. We thought that maybe you would like it…but boy were we wrong!
Anyway, we abolished the office ceiling and you can now see the regular Unreal Engine sky box in the CityEngine VR Experience. Unless you’ve made use of the really awesome, trueSKY Unreal Engine plugin! I highly suggest you do this because we now also support this plugin in our CityEngine VR Experience! trueSKY takes the immersive feeling even further and makes for beautiful, realistic skies!

Of course, I could just be talking trash here so it’s best you just try it out for yourself! Check out more info on this here.

Before I go, I also wanted to take this opportunity to announce some awesome things happening for ArcGIS 360 VR. As you know, up until now, this would only work with a Samsung phone and the Samsung Gear VR headset. …very soon though, you’ll be able to use ArcGIS 360 VR together with the Oculus Go. The Oculus Go is the first ever all-in-one headset, which means that it works without a computer or phone. It retails for a couple of hundred dollars so it won’t break the bank either. Win-win, if you ask me!

I hope you’ve enjoyed these blog posts to help bring the idea of XR closer to you! Please reach out to me if you have ideas, improvement suggestions or maybe even praise that I can pass onto the teams here and don’t forget: Do it! Incorporate XR into your workflows so that you can be happy just like this random person here!

Taisha holds degrees in Geomatic Engineering and Arts from the University of Melbourne, as well as an MBA from RWTH Aachen/University of St. Gallen focusing on technology and innovation. Taisha works as a 3D Technology Evangelist out of the ESRI R&D Center in Zürich and is interested in all things related to technology, sustainability, art and the entertainment industry. 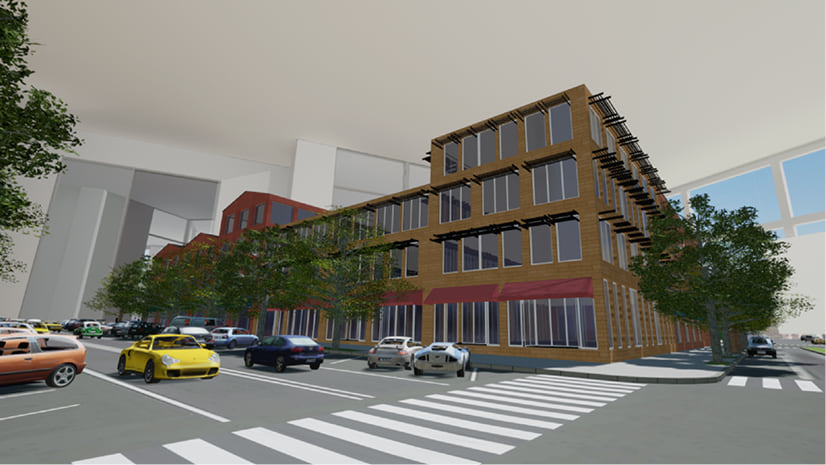 Part 1: Do it! Incorporate XR into your workflows!

Part 2: Do it! Incorporate XR into your workflows!