Organizations worldwide are working to eliminate inequities, and mapping is a big part of that work.

This article describes some mapping techniques that show how to work with health or economic data and address the differences by characteristics, such as occupation, age group, or race/ethnicity, without making a separate map for each group. Instead, you can present breakdowns of this data in a single map.
This minimizes work for you. It also helps your audience more easily digest the information by preventing users from being overwhelmed by multiple maps. Here are a few techniques for incorporating and presenting breakdowns by different groups:

These techniques result in fewer but more informative maps that can help identify opportunities to address inequalities.

Configure the pop-up to show a custom attribute display by adding media and using ArcGIS Arcade expressions. The sky is the limit for crafting a pop-up that conveys breakdowns by an aspect of the overall attributes being mapped such as race/ethnicity. Pop-ups can use a simple chart or list to do this.

Display a simple chart. Map the overall attribute of interest, such as homeownership, and then present different categories of that attribute in the pop-up, using a column chart. A column chart is just one type of chart you might want to use. The ArcGIS Blog post “Pop-ups: adding charts” provides an overview of the different chart options available.

Mapping the differences with the Above-and-Below theme, predominance mapping, and dot density mapping are all styles that can be effective for breaking down data.

Another approach is to map the difference as a percentage. When mapping differences, make sure you are comparing “apples to apples” as much as possible. For example, when mapping women’s earnings as a percentage of men’s earnings, take into account the fact that women are more likely than men to work part-time, so limit the data considered to reflect only full-time workers to accurately portray the wage gap between these two groups.

Use labels to present breakdowns. Improvements in labeling in Map Viewer Beta can be used to highlight data breakdowns. Labels work well when the extent is zoomed in to an area. By setting labels to turn on when someone viewing the map zooms in to an area, you can convey breakdowns of the data.

These Maps Are Just the Start

Creating these types of maps is often only the first step in a much larger project for implementing and strengthening intervention programs. Differences will most likely be greater in some areas than in others, which will help in allocating scarce resources. Identifying where underrepresented groups have had better outcomes than other groups is also valuable information.

Maps that show breakdowns by race/ethnicity often provide information that is valuable in decision-support discussions—discussions that GIS analysts are well-positioned to contribute to.
All the maps in this article and others can be found at Esri Maps for Public Policy. Contribute to the conversation in the GIS for Equity & Social Justice space on GeoNet.

Learn how to transform tabular data into a feature layer. 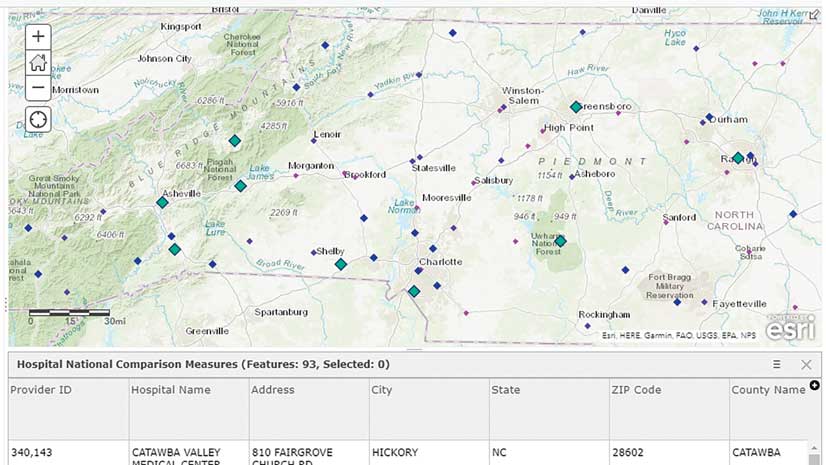 Make Living Atlas Layers Work for You with Filters

Use filters to limit the vast datasets available from the ArcGIS Living Atlas of World to use it for local projects.

How to Ensure Your Basemap and Data Layers Work Together

Don’t make the symbology for your data layers compete with your basemap!  Follow these best practices.

Turning a Challenge into an Opportunity