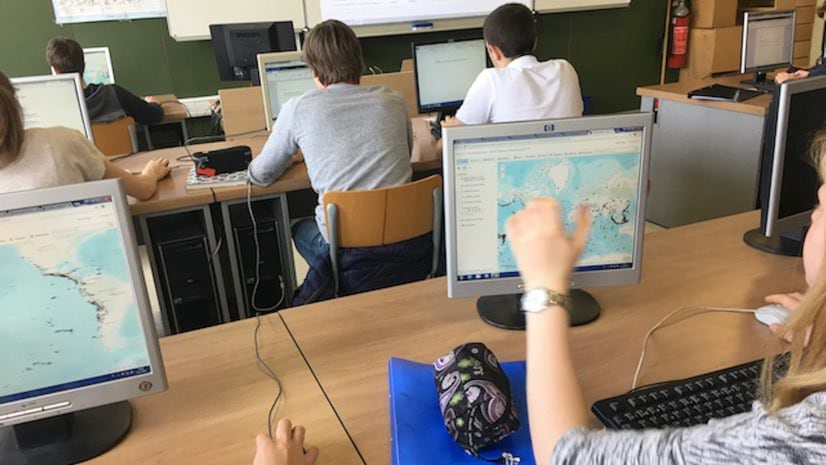 Renowned geographer Peirce F. Lewis described geography as “the only subject that asks you to look at the world and try to make sense of it.” A slight exaggeration, yes, but geography is indeed the discipline that probes the relationship between the physical world and the lived experience.

For geographers, the possibilities of studying the world have exploded, as geographic information system (GIS) technology has grown in both popularity and capability. The use of GIS is vast in both the public and private sectors, as more of the world’s information—80 percent, by some estimates—has a geographic component.

In 2004, the US Department of Labor identified geotechnology as one of the three most economically powerful emerging fields. Since then, the number of companies, organizations, and nonprofit groups using GIS has doubled—and policy makers worldwide have affirmed the critical role location data plays in economic transformation.

In 2020, the UK’s Geospatial Commission identified the ways in which location data—”where people and objects are in relation to a particular geographic location”—can impact virtually every aspect of daily life, from infrastructure to the environment. Without GIS, that data is like paint without a canvas.

But even as the use of GIS has increased, technology has also exerted a countervailing influence on geospatial literacy. A generation that has grown up with easy access to GPS-based tools is missing an overall spatial awareness. Mounting evidence has shown that young people, lacking facility with traditional paper maps, have trouble navigating without technological assistance.

“There was recently a program on Belgian TV that showed people getting basic training to go into the military,” said Luc Zwartjes, an assistant professor of geography at Ghent University in Belgium. “They had to do a lot of tests, including reading a topographical map. Only one of the candidates was able to do it.”

Deeper Implications for Education and Business

The implications of map illiteracy cut to the core of being human. Even our inner worlds are shaped by the concept of spatial relativity. As cognitive psychologist Barbara Tversky has argued, “Spatial thinking—acting in the world with the things in the world—is the foundation of thought.”

Tversky has focused a good deal of her research on maps, for their remarkable capability to wordlessly convey real spaces. She cites decades of research to show how well-crafted maps (along with diagrams, graphs, and visualizations) are the most effective language to convey a broad range of complex concepts.

Lacking geospatial skills and being immersed in map apps that require no critical thinking, people lose the ability—and, perhaps even more important, the motivation—to pursue geospatial thinking as a life’s calling. Too few take courses in geographic information science in higher education. Zwartjes has found that even for those who do, academic programs mostly focus on informatics, without giving students solid instruction on the scientific basis of spatial thinking.

Karl Donert, former president of the European Association of Geographers, has led efforts to persuade the European Union to address the problem. “We spent over 10 years trying to get GIS and the geotechnology market recognized as an area where jobs weren’t being filled because kids weren’t being trained,” he said. “We phoned and emailed high-level politicians and policy makers at the European Commission. Despite them agreeing, they never issued a policy statement affirming the need to focus on geotechnology education.”

The Birth of GI Learner

A few years ago, Zwartjes and Donert decided that one way to encourage geospatial thinking in education was to make it easier for teachers to include geospatial concepts in their curricula. After careful study, they created GI Learner, a six-year program designed to help teachers instill geospatial thinking and GIS awareness, beginning in grade 7 and continuing through high school. 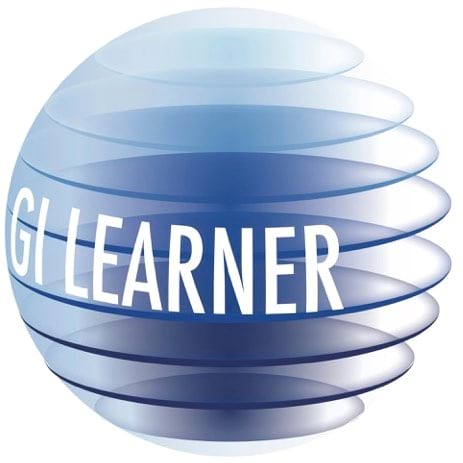 To create GI Learner, Zwartjes and Donert identified 10 core competencies related to geospatial thinking, such as the abilities to “visually communicate geospatial thinking” and “critically read and interpret cartographic and other visualizations in different media.” Each competency is divided into three levels. Most of the competency subjects are designed to be introduced in the early years of the program, with levels gradually added through the years. Zwartjes and Donert provide exercises and activities teachers can use in the classroom.

“For instance,” Zwartjes said, “you say you’re able to read a map. But level C asks if you can critically read a map. If you look at the map, is the information correct? Who made it? Is it a kind of political statement or is it pure data?”

One Program, Many Approaches

Because the way geography is taught varies so widely across different European countries, Zwartjes and Donert designed GI Learner for maximum flexibility.

“We created lessons in a way that gives teachers a lot of options,” Zwartjes said. “So if they’re talking about globalization in their school, we have a package of two to four lessons that teachers can use to replace their own lessons. They don’t need to make a new course, and they can start with what they already produced.”

As GI Learner has been deployed in five schools in five countries (Austria, Belgium, Romania, Spain, and the UK), the EU officials Donert tried to reach for so many years have started to take notice. The European Commission’s Directorate-General for Education, Youth, Sport, and Culture has selected the project as a “success story,” a distinction given to projects that have had a large impact, contributed to policy-making, and produced innovative results with a creative approach.

“Two things have made the program really encouraging to the European Commission,” Donert said. “One is that it covers six years of study, and the other is that it’s applicable across the curricula in all countries.” A new consortium is now working on a follow-up project, GI Pedagogy, that helps train teachers on GIS instruction, using materials such as GI Learner.

“I’m rather confident that over the next five years, GI Learner will be—I’m not going to say ‘booming’; that would be the wrong word,” Zwartjes explained. “But it will certainly have more influence, and teachers will get used to working with it. At the same time, it will give students more flexibility to use it in more subjects and more situations.”

My Map, My Story

GIS provides new ways of looking at the world. But the technology—and maps in general—also opens up new vistas in storytelling. In addition to deploying GI Learner, geographers Luc Zwartjes and Karl Donert have developed the My Story Map project, which teaches young adults how to use GIS to develop their own personal narratives.

“It’s aimed at youngsters who have dropped out of school or have problems at home,” Zwartjes said. “I’ve been training groups of them, and sometimes it gives me the shivers. I’m used to working with high-level students because of the university and so on, but some of these students, I can’t even imagine what they’ve gone through.” For some students who have participated in the program, particularly recent immigrants, the maps provide an ideal medium for telling their life story.

Unlike GI Learner, the My Story Map project doesn’t aim to broaden the scope of geospatial thought. “To be honest, the emphasis really isn’t on spatial thinking,” Zwartjes said. “It’s more about giving these youngsters a way to develop twenty-first century skills. They’ve had negative experiences, so let’s try to turn those into something positive. They do everything themselves—using the tool, making the map, adding data. They make the story their own.” 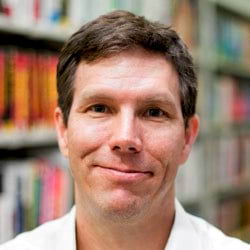 Michael Gould is Global Education Manager at Esri, working with Esri’s 85 offices around the world on a variety of capacity development projects. He has been professor of GIS at Universitat Jaume I in Spain since 1997.