Striking a Balance Between Conservation and Growth—Maps Show How 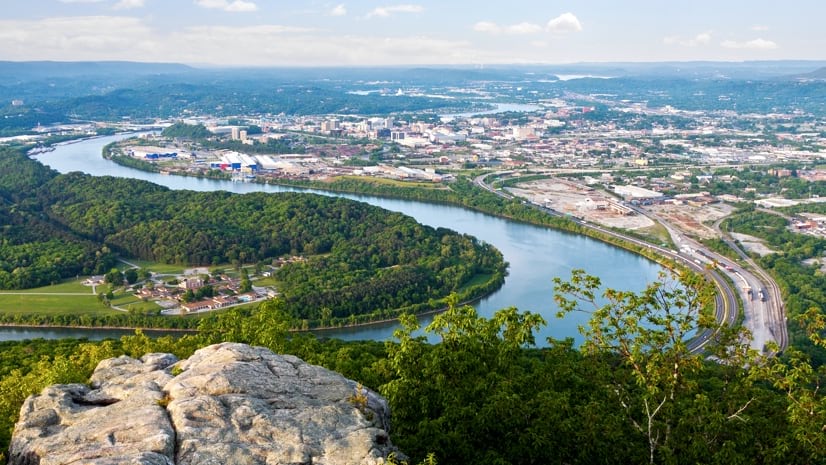 Before the pandemic normalized working from home, Chattanooga, Tennessee, with the nation’s fastest broadband, was lauded as the best city for remote workers. While the area’s mix of ecology and technology is attracting new residents, the surge is triggering development pressures that may disrupt the balance.

Much of Chattanooga’s appeal is its proximity to outdoor recreation, enabling what City Journal called a “rock-climbing-before-work, kayaking-before-dinner lifestyle.” The city’s locale—tucked between the Cumberland Plateau and the Blue Ridge Mountains—means these activities occur alongside some of the nation’s most ecologically rich and fragile areas. Only California has more threatened biodiversity.

“The geography in the region is really unique, and the variation in landscape and topography drives the biodiversity,” said Charlie Mix, director of geographic information system (GIS) technology at the University of Tennessee at Chattanooga.

Maintaining a healthy balance between conservation and growth is an ingrained local ethic in Chattanooga, perhaps best exemplified by the large auto assembly plant Volkswagen announced in 2008 and opened in 2011. It occupies one corner of a 6,000-acre plot, with nearly half of the remaining land dedicated to a public nature park.

Volkwagen’s arrival intensified the conversation around economic development and protection of natural assets, spurring the creation of Thrive Regional Partnership (Thrive), a nonprofit organization that inspires responsible growth in the tri-state region.

Thrive unites various partners such as government officials, private sector leaders, and academics across northeast Alabama, northwest Georgia, and southeast Tennessee to ensure that as the region grows in population and industry, community and natural character is preserved.

“In an initial regional planning initiative that began in 2008, we learned that the tri-state was projected to grow by a half a million people by 2055,” said Rhett Bentley, strategic communications director for Thrive. “People move to this area not only for economic opportunity, but for access to beautiful natural spaces and scenery. Leaders from across the region created Thrive to balance development with the natural treasures and nature-based lifestyle of the region.”

Rather than consider just the city of Chattanooga or its extended metro area, Thrive employs what could be called a “micro-megaregional” approach. Its mission covers a 16-county area (including seven in Georgia and Alabama) that Thrive calls the Cradle of Southern Appalachia.

The Rise of the Piedmont Atlantic Megaregion

The Piedmont Atlantic Megaregion (PAM) is a 550-mile urban corridor, home to 27 million people, that runs from Raleigh-Durham, North Carolina, through Atlanta, to Birmingham, Alabama. Like any megalopolis, its borders are inexact, unofficial, and subject to debate.

Still, a glimpse at most maps of the PAM reveals one city conspicuous by its absence. Where is Chattanooga, Tennessee?

A two-hour drive from Atlanta and Birmingham, Chattanooga is the rare large city in the region that is not losing residents—and it recorded one of the nation’s strongest recoveries from the Great Recession.

The most common reason for excluding Chattanooga from PAM is its location, on the opposite side of the Appalachian Mountains from most of the megaregion. Those who argue for its inclusion point to its explosive growth.

As the mutual expansion of Chattanooga and PAM continues, the latter will exert a stronger gravitational pull on the city, strengthening the ties (economy, transport, culture) that characterize megaregions. To help Chattanooga evolve into a world-class metropolis without destroying what makes it unique, city and regional leaders use GIS to architect a balance between development and conservation. Maps and dashboards can reveal human settlement patterns, areas likely to experience rapid future development, and land under protection. Planners can view this in the context of PAM’s expansion, thereby providing a larger contextual frame for their policies and recommendations.

The Natural Treasures Alliance, one of Thrive’s ongoing coalitions, advocates for long-term polices that address landscape conservation and preservation. Around 14 percent of the Cradle’s land is currently protected. The project aims to double that number by 2055, aligned with the global 30 by 30 movement. That amounts to one million acres of new land set aside for conservation. In a region with a population of a million people, where outdoor recreation is a staple of local economies, this is no easy task.

“Outdoor recreation brings in hundreds of millions of dollars annually through tourism and consumer spending according to the Outdoor Industry Association,” Mix said “It’s arguably one of the most important parts of the regional economy.”

The aquatic biodiversity alone makes the Cradle ecologically unique. A major goal of the Alliance is to get 50 percent of the streams currently considered imperiled removed from the federal government’s list of endangered waterways.

“Freshwater mussels are considered one of the most imperiled fauna groups on the continent and Tennessee is home to over 100 species,” said Matt Reed, the natural treasures program director for Thrive. “Alabama and Georgia have more species of fish than any other state.”

Though the region is rich in biodiversity, much of its land is unprotected, according to Joel Houser, southeast field coordinator for the Open Space Institute and a member of Thrive’s Board of Trustees.

“We recognized that we needed to put forth a bold vision that spatially identified areas important for conservation,” Houser said.

For instance, one of the corridors, which the Alliance calls the Appalachian Connector, links the Cumberland Plateau and the Blue Ridge Mountains—the same geographical features between which Chattanooga has developed. The Alliance’s model prioritizes the beltway that allows wildlife to bypass urban areas unimpeded.

The resultant map of the Cradle displays areas of highest conservation value to serve as a guide to focus efforts and prioritize land purchases and conservation projects.

Besides helping to formulate plans of action, the map is also a way to measure progress. As lands come under protection, the map reflects the changes. Students at the university’s Interdisciplinary Geospatial Technology Lab, acting as data stewards, use the map to add to the national database of protected lands maintained by the US Geological Survey.

The Power of Simple Models

“What we put into this model was intentionally simplistic, but it follows years of data collection and trying to understand the data available for the region,” Houser said. “Because of the complexity of the data, we recognized that we needed something simple for the model.”

As a visualization technology, GIS gives power to diverse stakeholders to collaborate using one cloud-based map, and the public-facing component helps the Alliance promote its work. The Cradle of Appalachia Conservation Dashboard provides a continuously updated progress report on the project.

The map serves as a visually intuitive way to explain what progress means for the region. “When we share what we’re doing with city planners and regional transportation organizations, the map is a key component,” Reed said. “Otherwise, we’re just sharing data and charts.”

Civic leaders in Chattanooga have applied the model to city parks, seeking out biodiversity in an urban environment. The Alliance’s model and geographic approach can serve as a guide for screening conservation projects and predicting their efficacy at protecting biodiversity.

Houser sees the work of Thrive and the Alliance resonating throughout Appalachia, especially as climate change and biodiversity loss force communities to adapt new strategies for environmental protection and human survival.

“We’re thinking about the importance of the south-to-north corridor that runs from Alabama to Maine,” he said. “We’re really at the base of it, the cradle. And what we do here has outsized impacts moving north.” 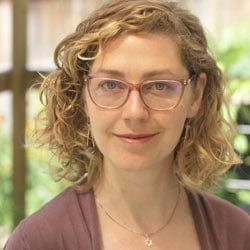