In the Philippines, a Shared ‘Disaster Imagination’ Supports Resilience 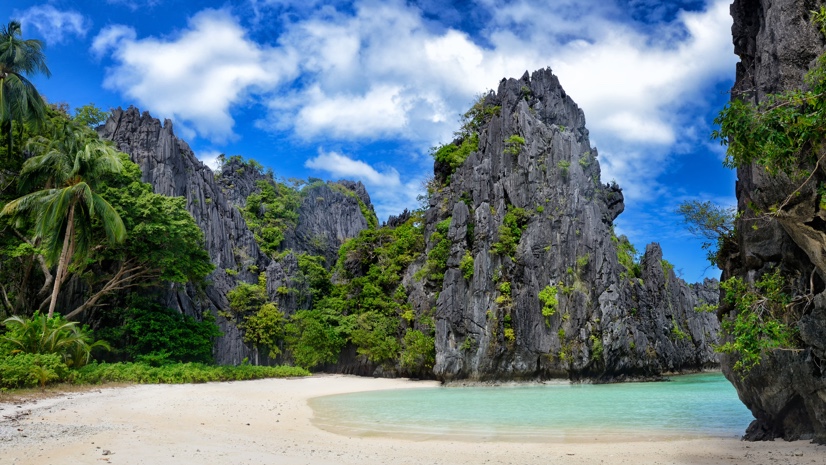 The Philippine Institute of Volcanology and Seismology leads GeoRiskPH, a multi-agency data integration project to share awareness of all hazards.

Situated as one of the world’s most disaster-prone countries, the Philippines routinely endures earthquakes, tsunamis, volcanic eruptions, landslides, and flooding. This archipelago of 7,640 islands in the Pacific Ocean resides along major tectonic plates and is at the center of a typhoon belt. Its people are among the world’s most vulnerable to hazards, and now their government is improving its mapping of natural hazards and disasters to better protect them. The work will also support initiatives to thwart the impact of climate change.

“The Philippines is a good place to study natural disasters, but if you look at the human impacts, it’s not so good,” said Dr. Renato U. Solidum, Jr., undersecretary of the Department of Science and Technology (DOST). Solidum is in charge of the Philippine Institute of Volcanology and Seismology (PHIVOLCS), created in 1951 in response to the catastrophic Mount Hibok-Hibok volcanic eruption. The event killed 500 people and spread devastation across more than seven square miles (19 square kilometers) of Camiguin Island. After the event, the government realized it needed to foster greater Filipino expertise.

Solidum and his colleagues at the institute lead a multi-agency program, GeoRisk Philippines (GeoRiskPH), dedicated to mapping hazards and their impacts. They collect, analyze, and share risk-related data via interactive maps and apps using geographic information system (GIS) technology.

“I told my team that we need to promote ‘disaster imagination’ about what the hazard can do,” Solidum said. “Depending on our role in society, we have different perspectives on disasters. If we don’t have the same imagination across the government and private sectors, we might be doing things that are not aligned, and instead of a collective effort, our efforts would go in different directions.” 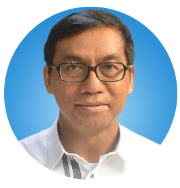 We need to provide people with information not only of the hazards, but most importantly, what the hazard can do to them.

As the authoritative source for information about hazards in the country, the GeoRiskPH program provides a data clearinghouse with input from 21 national government agencies, three nonprofit organizations, and more than fifty local governments. The program provides apps and other tools to help safeguard the country’s 108 million people from an array of risks.

For instance, among the first apps created by the institute was the PHIVOLCS FaultFinder, which shows where active faults are located; the government doesn’t allow construction of houses or buildings on top of faults so the maps and information identify which land is unsafe for development. Interest in the app spurred a more ambitious project, HazardHunterPH, an application that enabled the Filipino people to see their exposure to any natural hazard, not just active fault lines, on a smart map.

Solidum has long harbored this idea to create a disaster-awareness app to generate public understanding.

“The real problem convincing people to undergo disaster preparedness activities is that they cannot imagine what can happen to them and their families,” he said. “We need to provide people with information not only of the hazards but, most importantly, what the hazard can do to them.”

“There are more data now available across different organizations,” Solidum said, “and there is now a different state of willingness to share data. It was the right time to have a more integrative platform.”

Conveying the Back Story of a Precarious Place

When Dr. Renato U. Solidum, Jr., undersecretary of the Department of Science and Technology (DOST), and Officer-In-Charge of the Philippine Institute of Volcanology and Seismology (PHIVOLCS), talks about geologic hazards, he tells of his homeland’s origins. In the Philippines, that story starts with rounded hills and white beaches.

“The white of the beaches comes from corals formed underwater. The vertical movement of faults enabled these corals to be lifted, so you should thank earthquakes.

“Everything that you step on has history that relates to previous hazards.

“The beautiful rivers were carved out by continuous rain and floodwaters. The mountains were lifted by the earthquakes and eroded and rounded by rain and landslides. The valleys were created by floods. And the beaches were pounded by strong waves, sometimes during tsunamis or storm surges.

“Every piece of land here in the Philippines depicts a story of beauty and the beast. The beast—the hazards—created it. And now you enjoy the beauty.

“Our goal is to live safely during non-hazardous times—the beauty era. But during the beast period, we must be ready and prepared. To convince people to prepare, I have to relate to what they see.”

Spurring Collaboration with a Shared Awareness

Decision-makers in the Philippines frequently turn to GeoRiskPH platforms for analysis to understand areas most vulnerable to ground tremors, tsunamis, severe wind, landslides, flooding, and volcanic eruptions. Using hazard and census information, GeoRiskPH platforms allow for the analysis of risks to people based on location, age, and sex. Local governments can use this information to determine whether critical infrastructure is located in high-risk areas, create emergency management plans, draw safe evacuation routes, and decide where to site evacuation centers.

GeoRiskPH gives government leaders at all levels a view of the people exposed in a specific area. With data-driven maps, planners can determine which critical facilities—such as schools or hospitals—might be affected by a flood or tsunami, for instance. That awareness drives targeted risk mitigation and better disaster response preparation.

One critical component of the program’s technology solution is GeoMapperPH, the data collection mechanism that has fostered information sharing among and across organizations including a number of international partners. “They are able to see their data and input and understand that the tool will be more sustainable if they contribute,” Solidum said.

The tool will also be used to develop the National Exposure Database, which will provide significant information for more detailed and accurate risk and impact assessments, and other relevant inititiatives.

Factoring in Vulnerability and Climate Risks

The effort to collect hazard data is ongoing, with additional categories such as land use, economics, and demographics. The institute is also working with other partners to add a social vulnerability index assessing the risks of disadvantaged communities and their climate-risk exposure.

“This platform is not simply an information and communications technology or geospatial platform, but, more importantly, it’s a governance platform,” Solidum said.

Solidum hopes to see the system become more automated. Notably, researchers as well as government leaders in the Philippines plan to use this collection of data to prepare for impending climate events, especially sea level rise.

For this beautiful country, disaster is already too familiar and climate change will only exacerbate volatility. Solidum sees this reality clearly and is leading the move toward greater resilience.

“When most people talk about climate, it’s mainly about weather, and they don’t talk about the interaction of the ocean and the land, and what happens on the land,” he said. “But that is where the impacts occur, and that’s what we must prepare for.”

Learn more about how GIS is applied to disaster risk reduction and prevention. 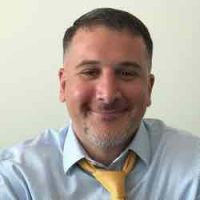 For more than 18-years, James Miller has specialized in assisting national government agencies with the application of geospatial technology to solve diverse operational challenges. Leveraging his prior experience with Esri and the US federal government, James currently works for Esri Global in Singapore as Public Safety Business Manager (Asia Pacific) where he supports public safety organisations across Asia Pacific, offering strategic advice on programs for law enforcement, emergency management and fire services.