Oshkosh reimagines lakefront and wins back basketball in the process.

Sometimes a compelling 3D visualization of what your city can become spurs an immediate redevelopment opportunity. That was certainly the case in Oshkosh, Wisconsin where creative planning efforts and a resurgent local economy are bringing buzz back to what has been a sleepy downtown.

The city was well underway on an Imagine Oshkosh master plan when an opportunity to bid on the National Basketball Association (NBA) development team for the Milwaukee Bucks captivated the community.

“Because of the Bucks opportunity, comments we heard from the community and ideas we were developing in the greater plan coalesced into a visualization of the Sawdust District,” said Darryn Burich, planning director at the City of Oshkosh. “The visualization of this entertainment district gave us something to sell the project to decision makers and the community. It got so many people energized.”

That energy turned into action. The city won the bid for the basketball team, which prompted the demolition of empty falling-down factories and the quick construction of a sports facility to house the newly named Wisconsin Herd. The project has gone from a bid in January 2017 to the realization of the Oshkosh Arena, where an enthusiastic community is excited to watch basketball games by the end of the year.

The benefits of procedural modeling

Houseal Lavigne uses Esri’s CityEngine software to create and share their 3D visualizations. The call for 3D in city planning has been steadily increasing because it communicates plans very clearly.

“Having a bird’s eye view is important,” said Burich. “It’s a better view when you’re trying to get people excited about the future.”

Thankfully, the tools to realize these immersive and compelling views of the future have become much easier to create.

“In the past, we might have been able to do one or two concepts,” said Devin Lavigne. “With CityEngine, it’s much easier to make changes. If they ask if the building can be taller or shorter, we can just go into our rules and drag up the buildings or change the style. It’s helped us greatly from an efficiency standpoint. For the same amount a client would pay us to do one or two renderings, we can now do five or six.”

CityEngine uses procedural modeling that is based on computer generated architecture rules that can be manipulated to control the size, proportions, textures and look of buildings, streets, and vegetation to create realistic models on a citywide scale. Users can change or add to the rules as much as needed for new designs.

“CityEngine has really helped us with procedural modeling with what you call “The Entourage” in a 3D environment,” said Lavigne. “If you’re doing a plan, the buildings, the site, the parking, that’s the plan. The Entourage is what brings it to life, the trees, the cars, the people, the street furniture.”

The preparation of the rule set creates a certain overhead at the beginning, but then the model can be created in a small fraction of the time as manual modeling. The rules-based approach also provides quick calculations, such as the amount of square footage or the number of parking spots, which are details that are often defined as ratios of building size to parking slots in the zoning requirements.

“We’re designing with tools that give us real feedback,” said Lavigne. “Inside of CityEngine, you start drawing and those things are calculating on the fly. I have a rule that generates parking lots, the driving aisles, the landscaped islands. I drag a building, and I drag a parking lot, and then I can start designing with the ratio right there.”

Another benefit revolves around the concept of libraries, where building styles or vegetation types are grouped together to easily swap the look across many different design parameters.

“CityEngine comes with plant libraries to quickly load plants into your model,” said Lavigne. “One of the variables is the Landscape Zone, the areas that tree and plant species can grow and thrive. The globe is striped with these zones. We can take a parking lot and put it in Chicago or Miami, and with just a click we get the right species from maple trees to palm trees.”

Like many Midwestern cities, Oshkosh, Wisconsin has seen industrial jobs come and go. The city was settled where the Fox River enters Lake Winnebago from the west. Navigable waterways, water power, and access to the northern pine forests made it ideal for lumber mills. It was known as the “Sawdust Capital of the World” at one time, given the rapid expansion from 11 mills in the city in 1860 to a peak of 47 saw mills and 11 shingle mills in 1874.

When the pine forests were depleted, several furniture factories took their place. The Buckstaff Company manufactured school furniture for more than 160 years on a prime site in the corner fronting both the river and the lake, finally closing its doors in 2011.

While these wood-oriented manufacturing jobs are gone, some of the abandoned factories remained, slowly deteriorating and making the city look like its better days were behind it.

“It was a blighted empty factory sitting on one of our main traffic corridors coming into the downtown,” said Burich. “The community urged us to do something, so we went forward and created a TIF (Tax Increment Financing) district to help spur redevelopment on the site.” 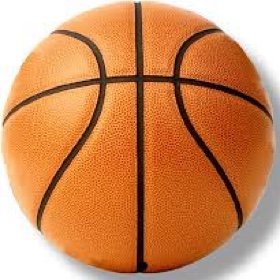 The visualization helped open people’s eyes. People started to say, ‘this could really work here, it could actually happen and it would be really amazing.’

The area still has strong ties to manufacturing. In fact, the city is on a resurgence thanks to Oshkosh Corporation and their truck manufacturing jobs. The company recently won the US military’s Joint Light Tactical Vehicle (JLTV) contract with an initial $6 billion award that could grow to nearly $50 billion and 55,000 vehicles. The JLTV will partially replace the AM General Humvee, better known as the Hummer.

As part of an effort to match the look of the city to their resurgence, the city hired the planning firm Houseal Lavigne Associates to reimagine a new future for the downtown and waterfront area.

“Over the past 20 years we’ve done a number of things in our downtown,” said Burich. “We’ve created a world-class Riverwalk, we de-industrialized an area between the University and the downtown for housing, we reconstructed Main Street, we put a public park and amphitheater downtown. All these things are coming together to make Oshkosh a more livable place.”

Houseal Lavigne helped the city respond to the Milwaukee Bucks opportunity by crafting a plan for the Sawdust District, a multi-use entertainment district concept. The initial plan included a basketball team practice facility, a larger arena, and a 250,000-square foot office building. Part of the goal is to land jobs close to lifestyle amenities, a pattern you typically only see in larger communities.

“The city wanted to put this blighted piece back into the fabric of their core,” says Devin Lavigne, principal and cofounder of Houseal Lavigne Associates. “It wasn’t a long drawn out planning process, we met the need for a vision of what this property could become.”

“The visualization helped open people’s eyes,” says John Houseal, principal and cofounder of Houseal Lavigne Associates and project director for Imagine Oshkosh. “People started to say, ‘this could really work here, it could actually happen and it would be really amazing.’ Before that, people had been driving by the site for decades, and just saying ‘that’s a real eyesore’. They just couldn’t see its potential.”

Locking on a winner

Oshkosh has a long history of basketball, and many in the community hope to see a dominant team similar to what they have had in the past.

The Oshkosh All-Stars played in the National Basketball League from 1937-49 before the NBL and the Basketball Association of America merged to become the NBA. Oshkosh reached the NBL’s championship finals five times and won it in 1941 and 1942.

The Oshkosh Arena is going up on the south side of the river, an area that holds many old industrial sites that are in disrepair or are abandoned. The city is looking to redevelop the abandoned sites and to help businesses relocate through incentives. In their place, they would like to encourage mixed use developments with both housing and businesses.

“Because of the visualization that allowed us to land the Bucks deal, we’re seeing a lot of people wanting to buy property down there,” said Burich. “It has really been a catalyst and hopefully it will continue.” 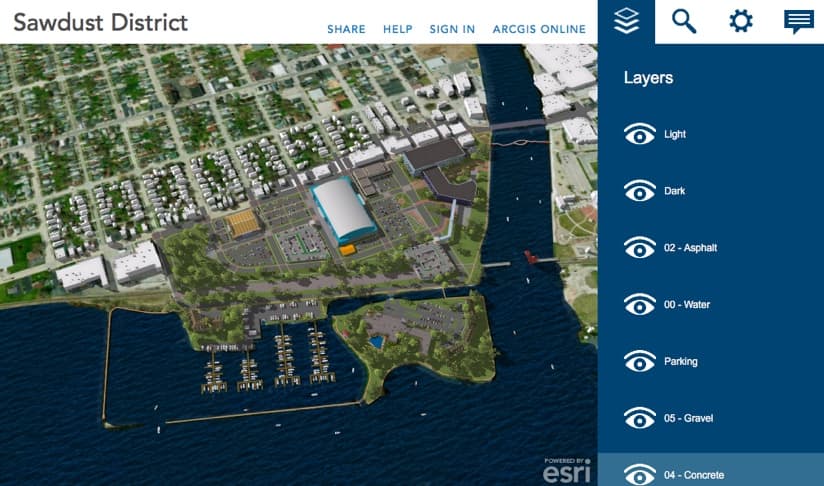 The CityEngine Web Viewer is a web application for viewing 3D city scenes and other 3D scenes in a browser without the need to install a plugin.