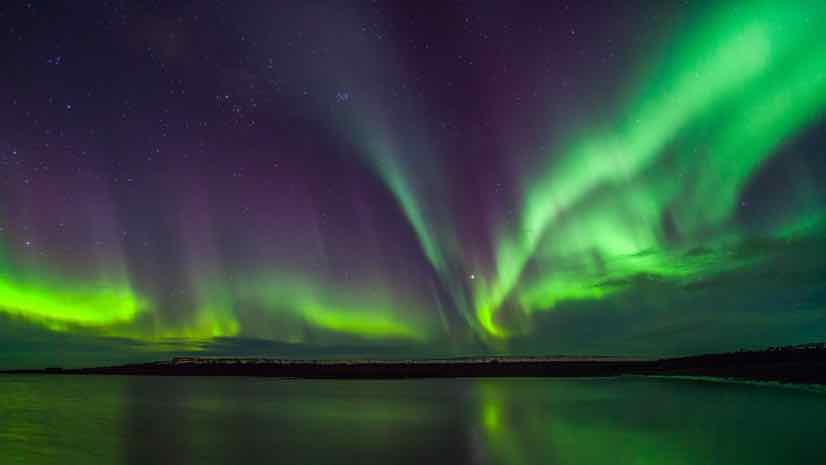 Deep inside our planet lies an invisible magnetic force all life forms rely on to orient themselves and know the direction they are traveling. The Earth’s core is comprised of solid iron, which gives way to a liquid outer core made of highly magnetic nickel-iron alloy. This flowing metal generates electric current, creating a magnetic field. The magnetic field shields our planet, and orbiting satellites, from damaging solar radiation.

The epicenter of this invisible geomagnetic force moves regularly, ranging as much as 50 miles (80 kilometers) away from its average position on any given day. Over time, magnetic north was moving northward at an average rate of around 6 miles (9.7 kilometers) per year. It has accelerated to roughly 31 miles (50 kilometers) per year since the last update in 2015.

To explore, manipulate, and analyze geomagnetic data, scientists are using geographic information systems (GIS)—a technology that helps reveal the dynamic forces that cannot be seen above, below, and well beyond the Earth’s surface. Increasingly, geophysicists are using GIS tools and modeling software to calculate magnetic changes—seeing what others can’t.

Lately, Earth’s geomagnetic swings have been more dramatic and unpredictable than ever before. As such, the US government shutdown earlier this year posed a serious dilemma for the international stakeholders and decision-makers that manage and publish the World Magnetic Model (WMM).

The WMM, a joint project between the US National Geospatial-Intelligence Agency (NGA) and the United Kingdom’s Defence Geographic Centre, is an invaluable mathematical system designed to compensate and correct for the discrepancy between geographic and magnetic north. The model guides mapping devices for navigators, accurately pinpointing what the magnetic field looks like anywhere on Earth. The model guides everything from GPS positions on phones to the US Department of Defense’s global navigation systems.

The importance of the WMM cannot be understated. The US Department of Defense, the UK Ministry of Defence, North Atlantic Treaty Organization (NATO), and many more global agencies rely on the WMM for navigation, altitude, and heading referencing systems in places where Global Navigation Satellite System (GNSS) signals don’t reach, such as submarines traversing deep oceans.

The US military, NASA, telecom networks, and the entire global financial system depends on an accurate global positioning system (GPS), which is based on magnetic forces of the Earth. Digital and analog compasses are also oriented by these forces at a user’s location.

The WMM was updated and released every five years, to help ensure accurate global navigation. However, due to magnetic north’s accelerated movement towards Siberia, an emergency update was fast-tracked a year ahead of schedule.

The furlough of scientists at the National Centers for Environmental Information (NCEI)—a part of the National Oceanic and Atmospheric Administration (NOAA)—made an early release of the WMM impossible, despite the dire needto do so. As a result, the world earlier this year was navigating by an outdated model that was growing increasingly inaccurate every day.

When the shutdown was lifted after 35 days, NOAA made an emergency release of the new World Magnetic Model. The expedited update confirmed that magnetic north was continuing to drift away from Canada at an even faster pace.

For a dramatic illustration of Earth’s magnetic field shift over time, researchers can look at the work of geochemist John Delano, distinguished teaching professor at the University of Albany, who took a rather innovative approach to reconstructing the history of this phenomenon.

Navigating Our World with an Ever-Shifting Magnetic Field

As the Earth’s magnetic field is constantly moving, the difference between geographic and magnetic north continues to grow. As that gap continues to widen, the all-too-real scenario of increasingly inaccurate navigation systems could seriously cripple our way of life.

We are living in a time of unprecedented reliance on GPS. Approximately 4 billion people globally are estimated to be using positioning technology, according to the US Air Force. An accurate WMM is integral to GPS guidance, driving everything from the maps on smartphones and in vehicles, to transactions across global financial markets.

The magnetic north is moving at an accelerated and unpredictable speed, beyond what occurred a couple years ago. If the WMM has not been updated in that time—to properly compensate for this faster pace, the GPS guidance people count on to guide their daily lives will no longer be reliable.

The unpredictable nature of Earth’s geomagnetic movement is what makes scientists nervous. In the 1990s, magnetic north was gliding along at a slow and steady pace. The current shifts prevent scientists, who use the WMM to build a model of how we navigate within Earth’s magnetic field, from keeping up. Simply put, the more magnetic north moves, the more it magnifies errors in the model.

The question then becomes, if this is the new normal, how often will the WMM require new updates in order to remain accurate and reliable?

Given that the only certainty of magnetic north is its unpredictability, scientists are being forced to re-examine the frequency of WMM publications. They are also discovering fresh approaches to unearthing and analyzing the dynamic forces driving constant change deep within the Earth’s core.

Geomagnetic scientists are collecting and analyzing a vast amount of geospatial data from these advanced sensors to help them answer the central question—is magnetic north’s accelerated speed and unpredictable nature the new normal?

Subject matter experts continue to pursue a deeper understanding of the root cause, to help them answer that question.

The Dangers of a Pole Reversal

The increasing movement of magnetic north and a resulting weakening of the magnetic field, could be a sign that a complete pole reversal is on the horizon.

Scientists believe the poles have changed places hundreds of times throughout the planet’s history—most recently, around 780,000 years ago. They also acknowledge that the consequences of a future flip in Earth’s magnetic field—a total north and south pole reversal—could be devastating.

The geomagnetic field surrounding Earth acts as an invisible force field, protecting all living things from harmful solar radiation. A complete reversal would seriously weaken its shielding effect. Scientists estimate the geomagnetic field could deteriorate 10 percent from its present-day force if the poles were to reverse. This would allow for elevated levels of radiation and streams of particles from the sun, galactic cosmic rays, and stronger ultraviolet B-rays to penetrate the Earth’s surface.

GPS, telecommunications systems, energy grids (electrical and electronic infrastructure) could be at risk of total failure, which makes watching this change an increasing imperative.

The US government is taking a proactive approach to creating new methods and sources of geomagnetic data collection to help ensure the WMM remains a sustainable and reliable resource.

The purpose of the challenge is to inspire innovators to apply their unique expertise to spaceborne, aerial, terrestrial, and other potential solution areas, to help develop a new system for measurement of Earth’s geomagnetic field.

Central to this challenge is a data analysissolution that illuminates how available data sources could be better utilized through new advancements in data modeling and processing techniques. 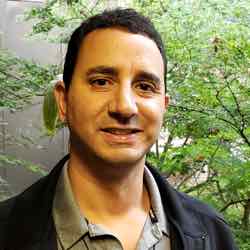 Dave is a copywriter specializing in creating compelling content for several channels at Esri. He is passionate about telling Esri’s story and illuminating how people in every industry are making an impact with GIS technology. He has built his skill set through experience in various writing roles within the consumer goods, tech, and agency sectors.