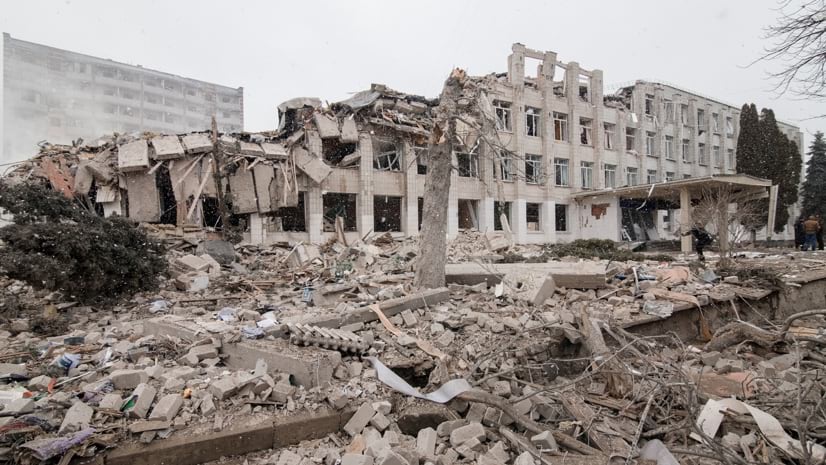 Prior to Russian troops invading Ukraine, the Biden administration was vocal about the build-up on the border. To draw attention to evidence of an impending aggression, the administration publicly shared commercial satellite imagery and online maps—so-called open-source intelligence (OSINT)—that laid bare the lines of tanks poised to pour across the border.

Previously, such awareness of troop movements would be classified and only shared through diplomatic channels. Now, because of widespread use of social media, volunteer and professional OSINT, access to commercial imagery, and the advances of the geospatial industry, up-to-date reports have helped Ukraine’s leaders prepare and the world understand the destruction in the country.

The conflict in Ukraine comes at a time when smartphones, social media, and high-speed internet are very common in the developed world. In Ukraine commercial drones have also given Ukrainian forces a new perspective and a tool to counter tanks. These technologies have made this conflict unique—with unprecedented volumes of information made available widely and immediately. The details that have been shared have allowed individuals and organizations to lend support even as nations remain removed from direct conflict to avoid the threat of further escalation.

OSINT coupled with geographic information system (GIS) technology provides us up-to-date situational awareness of this conflict—and the evidence that has become central to the world’s response to the war.

The increased awareness of Russia’s invasion of Ukraine is similar to unprecedented 24×7 coverage by CNN during the Gulf War in 1991. First-hand reports from social media are making their way onto news outlets and onto maps that humanitarian organizations can use to respond to needs in real time, and to prepare for the massive rebuilding task that will be needed when the war ends.

The HALO Trust (HALO) has been using OSINT and GIS to document the destruction in Ukraine to assess risk from unexploded ordnance ahead of reconstruction and resettlement efforts. For HALO, the largest demining organization in the world, the mapping effort is focused on identifying the location of explosive remnants of war as well as damage to homes and infrastructure to inform humanitarian organizations and local authorities on where it’s safe to go.

HALO’s geographically dispersed team of explosive ordnance experts review data from social media and news outlets, verify the authenticity, try to identify the type of munitions, and place the dangers on a smart map to be shared with others.

This data has already helped ordnance disposal experts in Ukraine–and when the situation begins to de-escalate, HALO’s shared map will be used to prioritize the work and keep rebuilders safe.

The US Department of State has recently announced the creation of a Conflict Observatory hub site to capture, analyze, and make openly available the details of Russia-perpetrated war crimes and atrocities in Ukraine. This work marks a new focus on accountability, drawing on open source data to derive evidence that follows the rigorous chain-of-custody procedures consistent with international legal standards.

The effort is a collaboration of technologists (including Esri) and analysts that include Yale University’s Humanitarian Research Lab and the Smithsonian Cultural Rescue Initiative. And the analysts are already hard at work delivering reports such as one that details the widespread systemic bombardment of Ukrainian healthcare facilities. These facilities are protected by the Geneva Conventions, and an attack on them constitutes a war crime under the Rome Statute of the International Criminal Court.

The Conflict Observatory will continue to document abuses to help refute Russia’s disinformation efforts and will persistently compile reports for future civil and criminal legal processes to hold individuals accountable and help victims seek restitution. Backed by the latest geospatial technology, and workflows that deploy artificial intelligence and open or commercially available data sources to unlock the impacts of war, the Conflict Observatory marks a groundbreaking use of geospatial technology to deter wartime aggressors from international war crimes.

Reshaping the Response to Conflict

Thanks to OSINT, almost anyone can have a role in mapping the Ukrainian conflict and impacts to surrounding countries. Volunteers are geolocating damage, mapping mass grave sites, and sharing the plight of refugees.

At the same time, it should be noted that some Ukrainian citizens have recently sent out a request to OpenStreetMap (OSM) contributors in Ukraine to stop updating OSM maps. They are concerned about Russian forces using the maps for planning and conducting operations as well as potentially manipulating the maps.

Because OSINT has helped Ukraine mount defenses, exposed suspected war crimes, and galvanized a growing number of allies, there is growing concern that the effectiveness of this new openness will lead aggressors to target satellites. However, the ubiquity of microsatellites, the growing ease to launch them, and the accessibility of modern mapping technology to record and share evidence around the world may mean that an aggressor’s element of surprise and ability to hide atrocities have become things of the past.

Modern maps and open-source data are proving to be potent forces in revealing the profound disruption of this war. 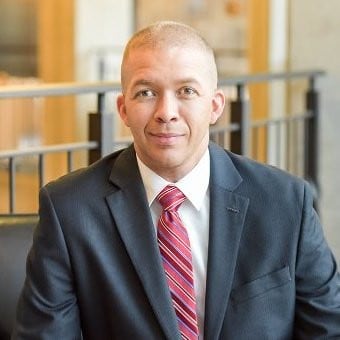 Chris Oxendine is director of Defense/Intelligence Solutions at Esri where he works with customers and partners to meet the geospatial intelligence mission. Prior to joining Esri, he directed the Center for Environmental and Geographic Sciences (CEGS) at the United States Military Academy at West Point. At the start of his career, he was a Military Police Platoon Leader at Fort Benning, Georgia and deployed to Kuwait. He served as a Military Police Company Commander and Commander of a Fire Fighter Detachment at Fort Rucker, Alabama. He deployed twice with the 101st Airborne Division to Afghanistan. He holds a PhD in Earth Systems and GeoInformation Science from George Mason University, a master’s degree in Cartography/GIS from the University of Wisconsin-Madison, a master’s degree in Business and Organizational Security Management from Webster University, and a bachelor’s degree in Mapping, Charting, and Geodesy from the United States Military Academy.