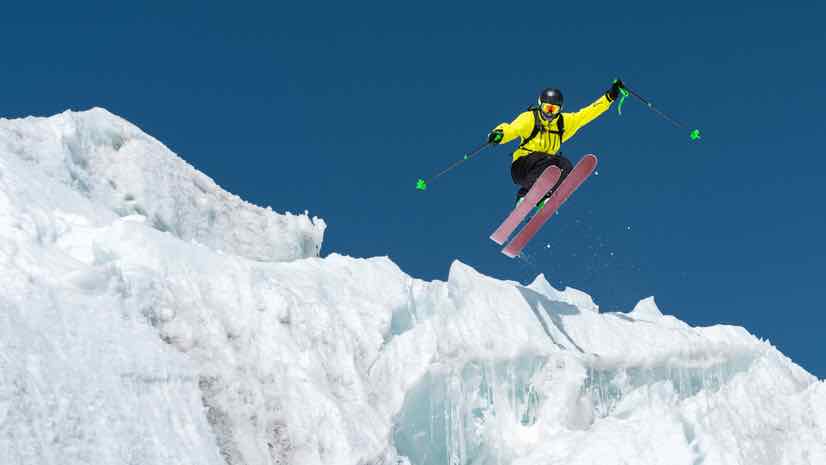 This winter gave skiers, snowboarders, and other winter sports enthusiasts ample reason to be happy. Boosted by blockbuster snowfall in February, the United States saw its snowiest winter on record according to the National Weather Service.

The rarity of this wetter weather was compounded by its broad geographic extent. Ample snow fell on all major snow sport regions—the West (Rockies, Tahoe, Pacific Northwest, the Tetons in Wyoming, and the Wasatch in Utah), the Northeast, and even the Alps in Europe.

This year’s great skiing conditions contrast starkly with 2018, one of the driest on record.

Nonprofit climate change outreach and advocacy organization Protect Our Winters (POW) is following these extreme weather patterns closely. It takes stock of changes by digging into the economics of the winter sports industry.

“To date, the bad years have largely impacted the smaller family-owned resorts that don’t have the capital to withstand one or two years of bad snowfall,” said Mario Molina the executive director of Protect Our Winters. “Ultimately, climate change will impact the entire winter sports industry.”

Jeremy Jones, an avid big mountain snowboarder, founded Protect Our Winters in 2007. While traveling to film his snowboarding and climbing adventures, Jones noted the impact of climate change on mountain landscapes around the world. When he couldn’t find an outdoor sports industry advocacy group that supported the cause, he started one.

Protect Our Winters raises climate change awareness by aligning with high-profile athletes, top retail brands, and the scientific community. To start, POW concentrated on events such as the Winter Olympics, parlaying its engagement with social influencers to gain access to decision makers. Lately, the organization has stepped up its efforts through research and advocacy.

“We decided to connect the stories of our athletes and influencers with the dollars and the cents by quantifying the impacts of climate change on communities and the outdoor industry as a whole,” Molina said.

To do this, Protect Our Winters teamed with researchers who use a geographic information system (GIS) and other tools to look at trends across North America.

Their research revealed that between 2001 and 2016, low-snow years cost the industry more than 5.5 million skier visits, which translated into an economic loss of $1 billion and 17,400 jobs compared to an average season. POW’s 2018 report, “The Economic Contributions of Winter Sports in a Changing Climate,” shows that good years don’t make up for revenues lost during bad years.

“Summit County in Colorado, where many of the big ski areas are located, relies on ski area traffic,” said Samantha Killgore, manager, communications and marketing at Protect Our Winters. “Bad snow impacts not just the people working at the hill, but also the grocery stores, the gas stations, the retailers, and really all businesses in the county. That situation isn’t unique to Colorado, and our economic report demonstrates that.”

Despite record snowfall this year, overall warming temperatures are shortening the length of each ski season.

“One interesting aspect about our work with Protect Our Winters is that the impact takes place in the era of snowmaking with an industry that is already adapting,” said Elizabeth Burakowski, a research assistant professor at the University of New Hampshire’s Earth Systems Research Center, and one of the authors of the report.

To respond to the shrinking season, ski resorts are investing heavily in snowmaking and grooming equipment and are building snow fences to harvest windblown snow. Resorts have deployed an enterprise GIS approach, with a suite of web and mobile solutions, to help improve facility operations and skier safety. They are also expanded season pass sales through aggressive marketing that spreads financial risk of a down season to the skiers most likely to visit.

In addition to these tactics, ski resorts are working to reduce their carbon footprints by committing to all-renewable energy sources, adopting such practices as mountain-wide composting of food waste, and in some cases offering discounted lift tickets to guests who carpool to the slopes. These steps align well with advocacy priorities outlined by Protect Our Winters.

“We have a four-pronged policy agenda where we think we can be most effective,” Killgore said. “We advocate for carbon pricing, the expansion of renewables, electric vehicle infrastructure, and combatting the expansion of fossil fuel development on public lands.”

One of the ways Protect Our Winters gets the word out about the impact of less (and less predictable) snow is with story maps.

“The climate conversation is a big topic and it’s hard for people to wrap their heads around it until they can see direct impacts to them in their own backyards,” Killgore said. “Having the ability to zero in on your state and your neighborhood in the story map helps people see the impacts happening around them.”

For the best viewing experience, launch the story map in its own window.

The measures that Protect Our Winters promotes to slow climate change have begun to resonate in many statehouses.

Since 2013, every legislative session in Jeremy Jones’s home state of Massachusetts has included some form of carbon pricing to encourage less use of polluting fuels and to raise money to combat the effects of climate change. While prior efforts have failed to pass, bills that call for carbon fees for transportation are gaining momentum.

In Colorado, where Protect Our Winters has its main North American office, the legislature just passed a bill that will help reduce Colorado emissions by 90 percent by 2050 compared to 2005 levels. The new Colorado Governor, Jared Polis, is poised to sign it in accordance with his administration’s plans to move the state electrical grid to 100 percent renewable by 2040.

The cohort of athletes advocating for Protect Our Winters continues to rally around its cause. POW recently expanded into rock climbing with the addition of Tommy Caldwell as a high-profile advocate. Caldwell, who famously pioneered a route on El Capitan considered the hardest successful climb in history, is featured in the popular movie “Free Solo.”

While rock climbing takes place in warmer months, snowpack in the American West—the mecca for many world-class climbs—accounts for 75 percent of the water used by farms and cities in the region, which makes it viable to support all manner of activities.

By extending to summer sports, POW offers more athletes a way to be involved in the cause. Coupled with data-driven maps to illustrate the economic effects of climate change, this work will potentially gain more solid political momentum.

“There is no effective climate advocacy without a policy strategy,” Molina said. “We’re at a point where we have the technological solutions, and we have the financial and economic drivers for those solutions. What we need is the political will to deploy them at scale.”

Learn more about how modern maps communicate change and rally others to action.