This Mattress Company Woke Up to Digital Transformation 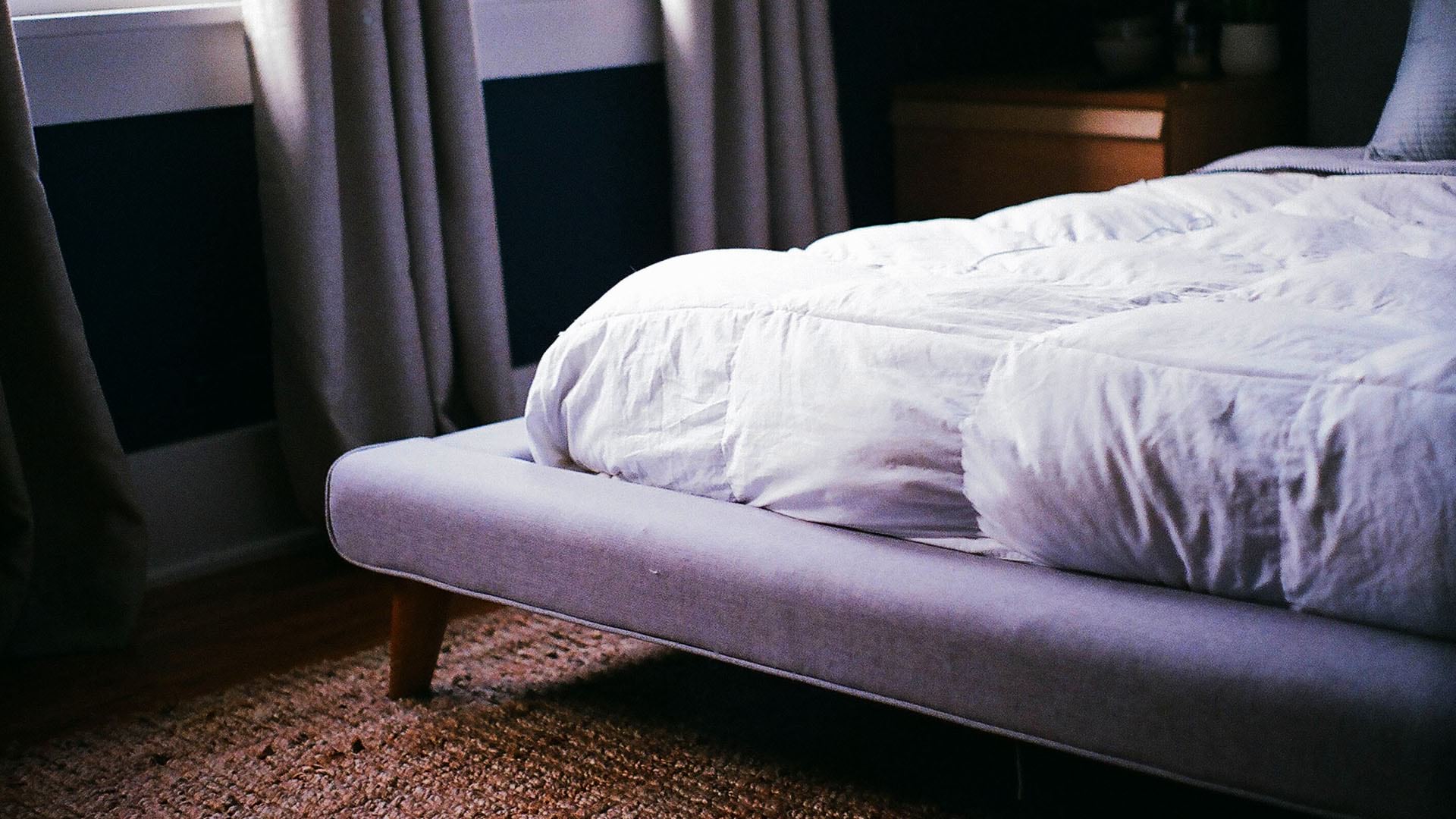 Shopping for a mattress used to resemble visiting a used car lot. Cavernous warehouses featured tons of models, but it was tough to understand the differences between them. Pricing was opaque at best. Most people would gamely try out a mattress or two before succumbing to an aggressive sales pitch. Buying mattresses this way was not fun, and it wasn’t transparent. Consumers dreamed of a different experience.

They’re waking up to a new reality. In the last decade, advances in compression technology allowed mattresses to be delivered by common couriers, leading to an explosion of online retailers selling boxed mattresses shipped direct to consumers. Buying online from sites like Casper, Purple, and Tuft & Needle became hip and enjoyable.

Article snapshot: In an industry in flux, Corsicana Mattress transforms its use of data—from analytics to customer surveys to location intelligence—as it embraces digital transformation.

And while these new retailers typically offered fewer choices, they also provided much more information so shoppers could choose the one that best fit their lifestyle and price range. Consumers voted with their wallets. Online mattress sales grew 61 percent in 2017, reaching $1.7 billion in revenue, according to Digital Commerce 360. Meanwhile, traditional mattress retailers faced a challenge that threatened their long, highly profitable run.

Established mattress players had two choices: to rise and meet the disruption head on or roll over and go back to sleep. After decades of success selling primarily to traditional retailers, Corsicana opted for business transformation, reinventing itself by putting data—all types of data—at the center of its operations and decision-making.

The way Mike Loomis sees it, the chief opportunity for mattress manufacturers lies in knowing the preferences and motivations of their products’ users. “It’s really difficult to develop relevant designs without understanding the consumer,” says Loomis, vice president of product development and innovation for Corsicana. The only way to satisfy that curiosity? Lots of data—everything from analytics to survey data to location intelligence—to better understand today’s shoppers.

Corsicana was founded as a family company in 1971, and over the course of four decades, it built a leading position in manufacturing private-label mattresses for retailers to brand and sell. In 2015, the founders sold Corsicana to private equity firm Long Point Capital.

In 2018, Long Point brought in CEO Michael Thompson, who set the company on an expanded course—continuing a version of its white-label business and expanding into Corsicana-branded products sold direct to consumers online. That move meant Corsicana had to learn much more about the people sleeping on its mattresses to better serve consumers and retailers alike. To do that, executives embraced digital processes, market research, and location intelligence to identify and engage brick-and-mortar and digital customers.

Change is essential to Corsicana, according to Loomis. “This is not the first time Corsicana has adapted. We started making mattresses for the RV market but then moved to residential mattresses,” he told WhereNext.

Thompson issued a mandate to his lieutenants: No more decisions based on sentiment or gut feeling. To play in this new world, Corsicana needed to transform itself into a data-based organization—in short, business transformation by way of digital transformation. 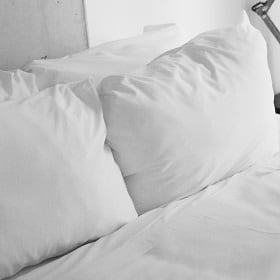 Long a stalwart of the mattress industry, Corsicana under new leadership appears to be innovating in every corner of the business.

When Thompson came onboard, he sought a better way to understand the company’s customers in markets around the country, says Ramzey Zbeida, Corsicana’s lead business and data analyst. Zbeida’s team incorporated market research on a range of topics including consumer spending habits, “firmographic” information from providers such as Hoovers, and data from agencies like the US Bureau of Labor Statistics.

The data-driven transformation accelerated with location intelligence, which revealed consumer realities the company hadn’t yet encountered. As Zbeida explains, “The association with geography is you can find which consumer types your messaging is resonating with, which customers your products appeal to, and then go and do the spatial analysis and identify where clusters of those types of consumers are located.”

But Corsicana’s digital transformation was not just about marketing; geographic data informs operational decisions, too.

Previously, the executive team had no meaningful way to drill down into something as basic as regional sales data. With cloud-based business intelligence tools and location analytics, “our CFO can find out what the margins are on a particular product—or even better yet, on that product at this particular store,” Zbeida says.

Many variables affect profitability—everything from raw material cost fluctuations and logistics to the need to provide retailers with the right product mix for local customers. As the engine of location intelligence, a geographic information system (GIS) has empowered the company to make better decisions for customers and the bottom line, Zbeida says.

For example, management wanted to understand how the cost of serving new retailers varied based on their proximity to Corsicana’s production facilities, among other factors. That was important, since the company uses just-in-time production principles. “We take orders in, and within a matter of days, we turn those orders into finished goods that are delivered to our retail partners’ stores,” Zbeida says. “Additional data and insight help us optimize our processes.”

Whereas the company once focused mainly on delivering white-label mattresses for retailers to brand and sell, now it was planning an online channel to sell directly to consumers. This move put Corsicana firmly in the arena of “born digital” upstarts like Casper, which were pros at leveraging data. To gain a better understanding of its clientele, Thompson commissioned a sweeping survey that would enable the company to segment customers for the first time. The goal was to peg different bedding offerings to specific customer segments.

Location intelligence has become an increasingly critical part of Corsicana’s digital transformation. In one instance, Thompson and team used ZIP codes to govern sales territories. “Earlier, they never had the tool or the technology to understand what the [geographic] split was,” says Mansi Deshpande, Corsicana’s director of analytics and application development solutions. “The commission always got very confusing in the compensation system.”

The team’s use of location data ramped up quickly from there, responding to such questions as where to build a new warehouse to serve customers most efficiently and where particular types of customers shop.

“We know the cost-conscious value seeker tends to have a lower income, tends to come from a certain demographic and background,” Loomis explains. By querying GIS, the team can turn that knowledge into sales intelligence. “We can say, from a geolocating standpoint, in what areas of the country or region is that demographic most prevalent? And that’s where we can focus our sales,” Loomis says.

Using location intelligence, the analytics team might discover there are consumers with higher income who are very health conscious in certain areas of Northern California. “We can go focus our Renue mattress in that area and really promote it there because that’s exactly what they want,” Loomis says. 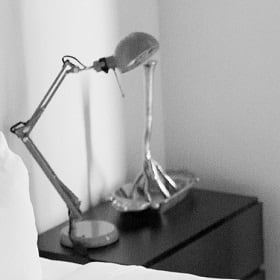 There is no nostalgia about how we used to run the business. Everybody just depends on data.

In under two years, Corsicana has transitioned from a reactive, historical-facing view of its data to a much more proactive and nuanced view, Zbeida says. “We are trying to understand the environment we’re operating in, and we’re trying to glean insights that are going to help us serve our customers better, whether that’s a retail customer or an end user.”

Corsicana is differentiating itself by extending its digital transformation to retailers, sharing data on which types of customers are likely to walk into their store and how the retailer might want to approach those customers.

“The retailers are not just customers of ours, but partners that we are trying to ensure are successful. Because when they succeed, so do we. Giving them access to data and insights moves us from being just a vendor to a strategic partner,” Zbeida says.

For example, retailers often ask Corsicana for help with decisions about future site selection. They might ask which of five different sites will be the best location for a new store, for instance. Zbeida’s team runs a GIS analysis of the data and shares its findings. The insight it reveals has become a major point of competitive advantage.

Location intelligence unlocks a lot of answers for internal customers, too. Recently, Zbeida’s team discovered that a certain type of mattress was posting particularly strong sales numbers in Northern cities, especially Detroit. While affordably priced, these mattresses feature “teddy bear” fabric coverings that feel plush and luxurious. “It’s like a luxe piece. It doesn’t sell in very many places, but around these cities, it does great,” Loomis says. The fuzzy fabric is apparently too warm for sleepers in Southern markets. “We didn’t know that until we got that data and found out that that was a big seller.”

Where people live influences their purchasing, even if they mostly shop online. College towns tend to have clusters of cost-conscious student residents. Inhabitants of gated communities tend to be older and more affluent and likely to be more interested in comfort and luxury than rock-bottom prices. “Those areas index into the health fanatics and ultimate comfort-driven folks,” Zbeida says. Corsicana can use GIS-driven location intelligence to see where those neighborhoods are and plan its operations accordingly.

Other departments are benefiting from location intelligence, too. Executives have asked for analytics showing where Corsicana can best spend its ad dollars, for instance. “We have a budget for ads, but you’ve got to know where to spend it,” Deshpande says. Location-driven insights help the executives understand areas where e-commerce is expected to grow.

Others might use location information to see how the supply chain would change if the company tweaked its portfolio of physical facilities. “I don’t know how you would answer these questions without having some sort of analysis that’s rooted in GIS and location,” Zbeida says.

As for the core business transformation, location intelligence helps Corsicana find and serve customers in a world of digital and retail shopping. Understanding where customers are active “really enhances your effectiveness,” Zbeida says, “because you’re fishing in a hole where there’s a lot of biting going on.”

That helps Thompson and his team sleep better at night. 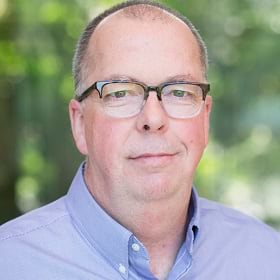 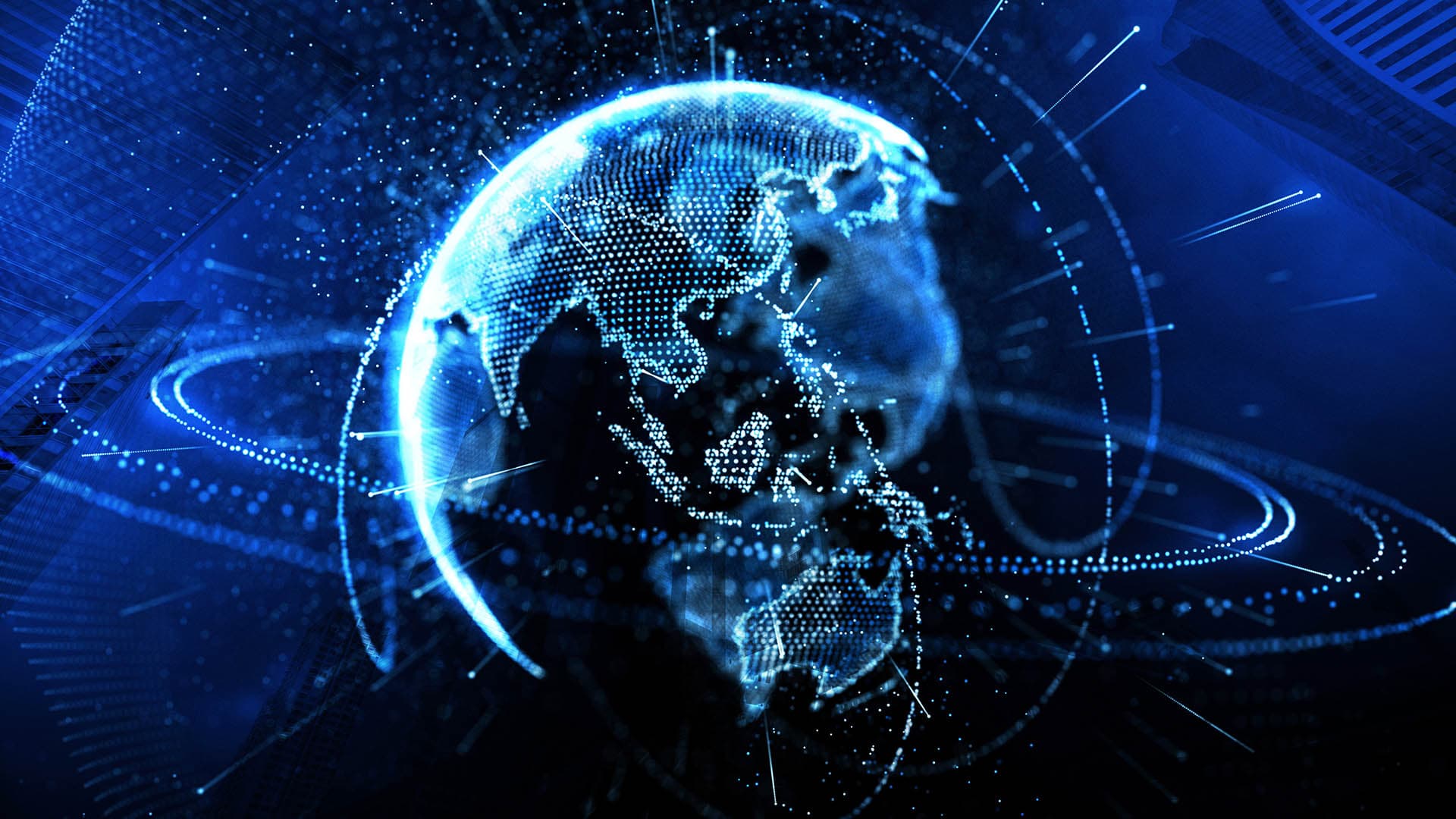 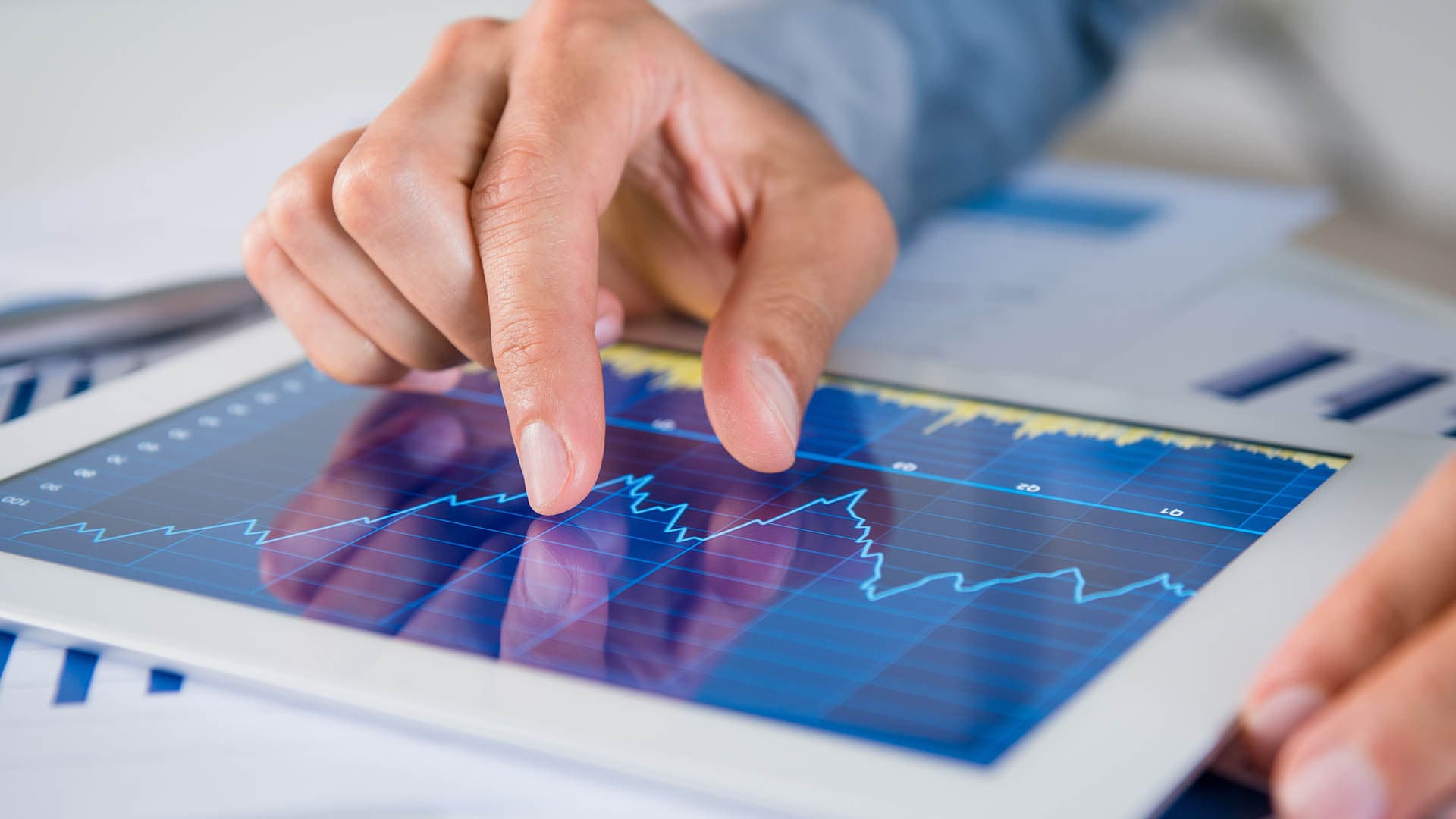