In response to ever increasing threats to world ecosystems and biodiversity, Esri is supporting the Microsoft-GEO BON (Group on Earth Observations Biodiversity Observation Network) grant initiative known as Essential Biodiversity Variables on the Cloud.

The Microsoft-GEO BON grant program, which already provides $1 million worth of Azure credits and financial funding, will now include complimentary Esri technology. The program is targeted at projects that strengthen efforts to monitor Earth’s biodiversity and create Essential Biodiversity Variables (EBVs), as well as relevant biodiversity change indicators derived from EBVs.

Esri is pleased to have been a participant in GEO BON over the last six years, most recently as a GEO Associate member, so providing additional support is a natural progression.

We hope that the support provided by Esri will be a force multiplier for the innovative biodiversity science in each successful grant. Esri technology will provide an effective way to communicate the results to a much broader audience through maps and other visualization tools. The complimentary technology could also widen the scope of participation (including to developing nations, educational institutions, and smaller nonprofits), inspiring passionate action and advocacy on various fronts.

Supported projects will be developed and deployed in the Azure cloud, which builds on prior collaborations of Esri and Microsoft as part of the AI for Earth initiative and the Geo Artificial Intelligence (GeoAI) Data Science Virtual Machine (DSVM). The GeoAI DSVM provides a large collection of machine learning, deep learning, and additional data science tools, including Python libraries, R, and ArcGIS Pro, all in a conveniently preconfigured VM where all versions are synced and work together.

The GeoAI DSVM provides two key benefits to the ArcGIS user. First, it brings together hundreds of data science libraries into a single preconfigured environment. If you want to use CNTK, R, or other packages in combination with ArcGIS, you can be assured that all versions are synced and everything works seamlessly. The second benefit is access to scalable computing. Whether you need to run an ArcGIS task parallel on a 16-core VM or want to train a deep learning model on a powerful GPU, the cloud is the easiest way to access that kind of compute power. Over the last few years, Esri has grown significant analytic capability, both within ArcGIS and when linked to other software, supporting a complete GeoAI workflow that is accessible within the GeoAI DSVM.

Program eligibility, application timeline, and instructions are outlined in Essential Biodiversity Variables on the Cloud web page. The use of Esri technology will not affect the selection process.

Note that an additional application is not required to receive the Esri supplement. Every awardee of an Essential Biodiversity Variables in the Cloud grant will receive the complimentary Esri technology.

At Esri, we look forward to the innovations from grant recipients, uncovering new ways to monitor earth’s biodiversity. 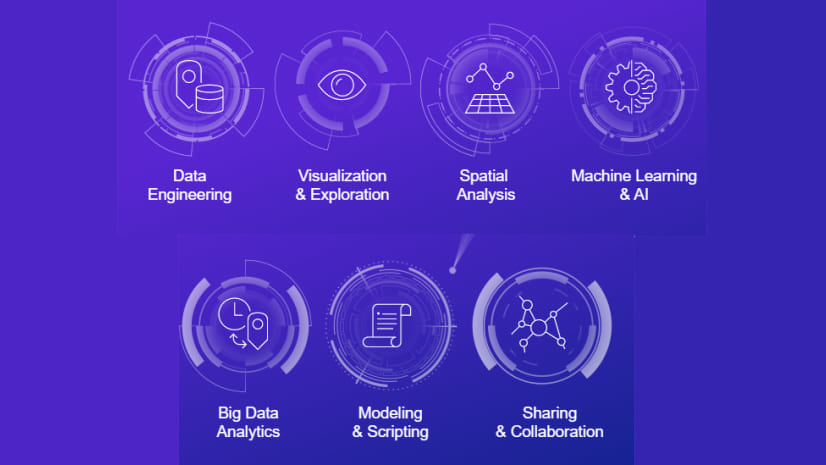