Celebrating Our Chief Scientist's Voyage of Discovery to Challenger Deep 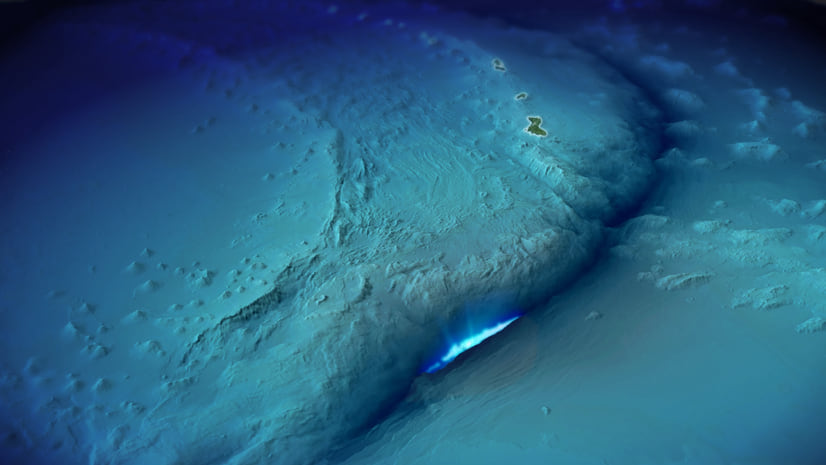 In roughly a week, Dawn Wright, an esteemed oceanographer and Esri’s chief scientist, will make a historic voyage to the bottom of the ocean. Roughly 200 miles off the coast of Guam, she will enter a submersible piloted by the explorer Victor Vescovo, and they will descend nearly 11 kilometers to Challenger Deep, an area in the Mariana Trench that is the deepest point on Earth.

There is much to celebrate about this historic journey. Only 22 people have visited Challenger Deep, only recently exceeding the number of people who have walked on the moon. Dawn will be the fourth woman and the first person of African descent.

All of us at Esri could not be prouder of “Deep Sea Dawn” and all she has accomplished during her career. This trip will provide a magnification of her life’s work.

Observing the Need for Mapping

Much of Dawn’s work has involved firsthand observation and analysis of undersea realms and phenomena whose power and beauty are almost indescribable. Over three decades ago, she was part of a contingent of scientists who descended to the East Pacific Rise.

At this underwater ridge, where two tectonic plates are separating from each other, they came the closest at that time to witnessing a historic volcanic eruption. Dawn built on that experience to become a leading authority on marine geomorphology, the field that studies the geology of the ocean floor.

Early in her career, Dawn realized the importance of mapping as a tool for both analysis and communication. Among scientists, she became an early developer of geographic information system (GIS) technology for the ocean. In fact, it was her drive to improve GIS for use by scientists that first brought her to join Esri in 2011, after having written two books for Esri Press and co-founding the Ocean, Weather, and Climate special interest group that meets yearly at the Esri User Conference. She saw a gap between how GIS was developing and how it could be used to better accomplish scientific endeavors.

Working with Esri developers, Dawn has helped the company improve its software to support the needs of all scientists, including oceanographers. In particular, she was instrumental in helping to develop 3D capabilities and the ability to model complex fluid systems as well as a method for depicting changes to these systems over time, aided by her deep understanding that ocean mapping differed from terrestrial mapping in crucial ways.

As a company, Esri has always been committed to listening to its users, and Dawn has served as a conduit to address user needs in the scientific community.

A decade after she joined Esri, the work that she and her ocean science colleagues are accomplishing around the world could not be more vital. Mapping the ocean has always been important—since the ocean covers nearly three-quarters of our planet—and precise ocean mapping is crucial for generating realistic maps of our world.

Today, however, ocean mapping has achieved a new level of urgency. Climate change, overfishing, and acidification jeopardize the health of entire marine ecosystems. Biodiversity loss and the destruction of coral reefs threaten the ability of the ocean to provide food for millions of people and the smooth functioning of the blue economy, which the World Bank defines as the sustainable use of marine resources for economic growth, improved livelihoods, and jobs while preserving the health of ecosystems.

Understanding the ocean’s dire predicament requires the kind of clarity only a rigorous data-driven approach can provide. For a system as complex as the ocean, that means using the most advanced mapping techniques. Dawn’s championing of GIS, already so important 30 years ago, is now nothing less than essential.

This has required a great deal of catching up. It is no exaggeration to say that we have maps of Mars and our moon that are more complete and detailed than our ocean maps.

To date, only 23.4% of the ocean floor is currently mapped to modern standards. The Seabed 2030 project aims to fill in the map with high-resolution data by the end of the decade.

A complementary effort to develop a 3D map of our ocean’s ecosystems has been created and is called ecological marine units (EMUs). EMUs quantify ecological values of the ocean with statistical clustering of distinct ocean properties like salinity, dissolved oxygen, and temperature that most likely drive ecosystem responses. With this in hand, conservation-minded organizations, academic institutions, or citizen scientists can gauge positive or negative trends and use data to make informed decisions that preserve marine environments. New methods of 3D marine mapping were aided by the work of Roger Sayre at the US Geological Survey, along with Dawn and Esri colleagues. EMUs provide a baseline method for understanding the ocean’s ecosystems and a framework to detect change.

Together, maps and models lay the groundwork for understanding, which in turn can drive policy. As we continue to map the ocean, we do not know exactly what we will find, which underlines the need to pursue the task wherever it might lead.

Diving with Tools to Aid Discoveries

Dawn’s trip to Challenger Deep is a particularly stark example of the ocean’s mysteries, but it is also a powerful symbol that we have the tools to map them to benefit humanity. Dawn and Victor will bring with them a type of advanced sidescan sonar that has never been tried at such great depths but will hopefully yield more detailed maps of this final frontier of our inner space.

No matter what they find, we will have Dawn’s powerful first-person account of the voyage. And I’m sure it will further reinforce her sense of wonder, which she will share to motivate the efforts of all ocean mappers. A fascination for the unknown will serve us well in the challenging years ahead.

Saving the ocean will require global cooperation. Maps that drive that effort must develop in an open way that fosters collaboration. There may only be room for two in the submersible that will transport Dawn and Victor to the depths, but I know the world will travel with them.

Read stories about the use of GIS for ocean conservation. 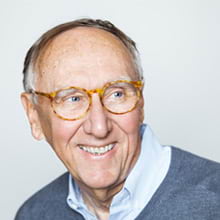 Jack Dangermond is the founder and president of Esri. With a background in landscape architecture and urban design, he and his wife, Laura, founded Esri in 1969 on the idea that computer-based mapping and analysis could make significant contributions to geographic planning and environmental science. Since then, Esri has become the global market leader in GIS and location intelligence, with 49 offices worldwide, 11 dedicated research centers, and a strong user base of about 350,000 organizations around the world. Dangermond has received many acknowledgements and awards for his contributions to the fields of geography, environmental science, planning, and GIS, including 13 honorary degrees.