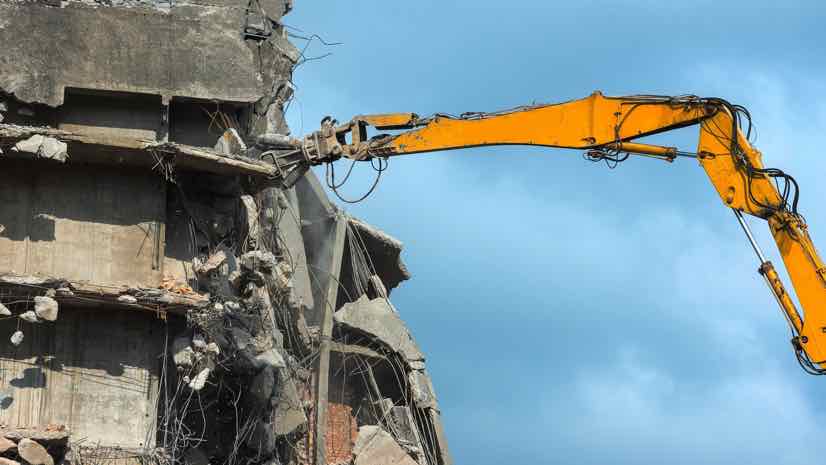 A conversation with Kenan Fikri, director of research at the Economic Innovation Group (EIG), a bipartisan research and advocacy organization focused on the geography of economic growth and opportunity in the United States.

When US Congress enacted the Tax Cuts and Jobs Act in 2017, it included provisions to spur private investment and economic growth in struggling communities dubbed Opportunity Zones. The Economic Innovation Group (EIG), a research and advocacy organization based in Washington, D.C., helped foster this bipartisan legislation, supporting the effort with maps, data, and analysis.

Here, EIG director of research, Kenan Fikri, shares details about the evolution of Opportunity Zones from idea into law. We spoke to him about the value of maps, the role of GIS analysis, and the promise of place-based investing.

The national map of Opportunity Zones conveys location intelligence about who lives in the communities now eligible for tax-incented investment under this new policy and what the underlying assets of each neighborhood are. The map displays how many businesses and how many jobs, for example, are in each Census tract nominated as an Opportunity Zone by the governor of each state. It helps us better understand and inform others about the country’s new Opportunity Zones and the potential for economic revitalization in these communities.

How did the concept of geographically defined Opportunity Zones come about?

Over the past several years, we have become more aware of geographic divides that crisscross the US economy and increasingly influence politics. We were initially motivated to create a Distressed Communities Index (DCI) because recovery from the Great Recession felt different based on geography.

While headlines showed a relatively strong national recovery, many individual communities missed out. The DCI quantified that disconnect by exploring hyper-local geographies to reveal completely divergent economic outcomes from one community to the next. It showed widening gaps between the well-off and those that were left behind by the recovery.

After initial skepticism from much of the economic field about the merits and efficacy of “place-based” policies, there’s now almost universal consensus that we need more experiments and more ideas around seeding economic growth in more corners of the country.

Before drawing up the framework for Opportunity Zones, we did an exhaustive review of past federal precedents—enterprise zones, empowerment zones, renewal communities, and promise zones. We compiled details and presented conclusions in a white paper.

From that research, we produced Opportunity Zones—a bold new attempt to make capital available to start and scale new businesses, especially in places that clearly need help to build a stronger economic future. The central idea is to give investors a marginal incentive for putting their money to use in distressed locations over the long-term—doing well while doing good.

What is the status and progress of Opportunity Zone investments?

On December 31, 2017, Congress gave governors 90 to 120 days to select Opportunity Zones from 25% of their low-income Census tracts. All of a sudden, states needed to get really smart about these micro-geographies really quickly.

That’s where we came in with our resources, including Esri mapping tools and data. We helped states identify low-income census tracts, place descriptions, proximity to other locales, and any relevant trends.

Governors submitted Opportunity Zones to the Department of Treasury in late spring of 2018, and they were certified in early summer. Treasury is also responsible for issuing regulations that provide rules for investment in Opportunity Zones. As of April 2019, regulations look like they’ll ensure startups and growth companies will get capital through this new incentive too, not just real estate projects.

The missing piece: data collection. Treasury is now accepting input from the public as it fleshes out its framework for measuring and tracking investment and impact in these zones. Good, granular, Census tract-level data is essential for us to learn from this new policy in order to keep improving our place-based policies in the years ahead. Mapping will of course be integral to that evaluation.

How have you seen communities embrace this opportunity?

Communities are actively positioning themselves ahead of the market and preparing to usher in private capital behind their priorities and needs. The rush to produce really thoughtful investment prospectuses illustrates this most vividly.

If you look at the map of Opportunity Zones across the country, you see that most states and their local partners nominated a few archetypical zones.

Many states in the Midwest nominated Census tracts in their downtown areas. A place like Dayton, Ohio, has really strong bones and public commitment for revitalization. What were once downtrodden downtowns are now seeing kernels of resurgence, and communities want more private capital to come in behind public investment. Opportunity Zones can catalyze sustainable reinvestment in the hearts of these communities.

You also see brownfield sites nominated—refurbishing old factories or cleaning up land. Some of the most exciting early projects are using Opportunity Zone capital for major brownfield remediations. The economics to turn around blighted properties has been tight. The Opportunity Zones legislation looks like it can provide the needed incentive to return these areas to economic and social use, especially when combined with public resources.

How can Opportunity Zone funds be invested?

Opportunity Zone investments provide a tax incentive to any person or corporation with capital gains, from individuals to mutual funds. Those gains can be placed in an Opportunity Fund that invests in building or improving real estate, but also can go toward expanding businesses or creating startups in the zones. It’s on the business side of things that many of us see the greatest potential for lasting impact. While developing the built environment is important, if the policy succeeds in seeding future employers and innovators, it will really give today’s distressed communities a new economic lease on life.

How soon do you anticipate results?

One of the most impactful elements of Opportunity Zones is that it’s a long-term patient capital tax incentive. If investors want to access the full incentive, they have to keep their capital in Opportunity Zones for at least a decade. That means their return is wrapped up together in whether or not this investment was successful on the community level, unlocking value from transforming places.

We and other organizations are busy educating communities about this new tool and helping them think about how they can make sure that this capital comes in behind their own priorities and finances things that are important to them. If affordable housing is one of the most important investment needs in a community, what sort of policies or protections or extra incentives can they add to make sure that investment gets channeled towards the most needed ends?

It has been useful to give everyone time to get up to speed. It has allowed states and communities to understand what it means for them, and they have been able to raise awareness. It has also helped community organizations, potential investors, entrepreneurs, and real estate developers to start to build the investment ecosystem with intentionality and identify and connect with the pipeline of investments that will make this real in their communities.

Learn more about how communities use GIS to guide growth, plan sustainably, and improve quality of life for citizens. 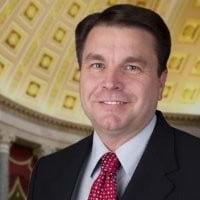