How to Protect a City from Flooding 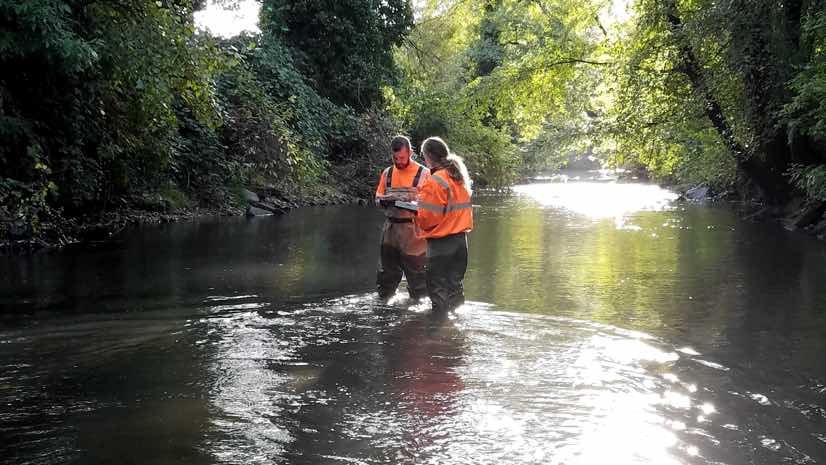 Meridith Greer, clad in waist-high waders and waterproof boots, treks across a stream in Salem, Oregon. She’s headed for a pile of sticks and logs that block the waterway’s meandering progress. Gathering up the muddy wood, she hauls it out of the stream, freeing the water to flow again. She also marks the trouble spot on a map.

A senior at Willamette University, Meridith is part of a team of interns the City of Salem hires each year to care for its urban streams. With an average of 40 inches of rain per year, Salem has a long history of grappling with nature to mitigate flooding. When rivers across the city rise above their banks, the water blocks roads, traps cars, and causes fatal landslides.

In 1996, floods killed eight people and caused millions of dollars of damage to public property, infrastructure, businesses, and homes. Williamette University alone suffered $1.2 million in damage to its law library and eight other buildings. Five thousand residents were forced to evacuate and 200 houses suffered flood damage. Treatment plants failed, and raw sewage flowed into the river, surged up through manholes, and seeped into homes.

The Stream Crew combines hard work with mobile apps and the latest technology to care for Salem’s streams. The team of 14 interns removes trash, clears debris jams, tracks invasive species, collects data, and reports illicit discharges such as leaky sewage pipes that might pollute the water. During the 2017 season the team removed 5,531 lbs. of trash. They unblocked 122 stream jams. And the amount of vegetation debris they collected filled 6 dump trucks. This work mitigates flood risk by preventing stream backups, improves water quality by removing trash and pollutants, and enhances the city’s storm response by collecting data that informs future planning.

Salem has experienced five “100-year floods” in the last 150 years, and these massive flood events seem to be accelerating. To citizens, flooding is inconvenient at best, and deadly at worst. But to the environment, flooding is an essential natural cycle that spreads nutrient-rich soil further from the rivers to enhance the ecosystem. While Salem’s citizens might not always know how to interact with nature, they share an urge to help. “There’s not a resident in the city, I don’t think, who doesn’t love their backyard stream,” says Peter Dalrymple, Stormwater Monitoring Program Coordinator at the City of Salem’s Public Works Department.

Peter observes that balance is key to marrying the competing priorities of civilization and environment—removing debris but preserving the tree canopy above the river to regulate the temperature for fish survival, protecting against flooding but not seeking to prevent it entirely, planting helpful species while removing invasive ones.

Finding that balance requires a good understanding of how clashing forces interact. For this, Salem’s Public Works Department needs data about what is happening to each stream and where. With 90 miles of streams to cover, it’s a tall order for the city.

That’s where the interns come in.

With over a dozen pairs of eyes like Meridith’s out roaming creeks, the interns see more of the city’s streams in one summer than most city staff members see in years.

“The interns cover a lot of stream miles. We teach them how to understand what they’re seeing and how to report that back,” says Derek Godwin, a professor at Oregon State University who helps train the Stream Crew.

Once they’re in the field, even students who grew up in Salem are impressed with this new view of their city. “I found it incredibly interesting to see my hometown of Salem in a new perspective,” recounts intern Kyler Jacobo. “I developed a great passion for understanding river systems through my time at Oregon State University, but the opportunity to see several types of streams in the field put into perspective how dynamic they are.”

The local university students make ideal partners for gathering information about Salem’s streams. They need minimal instruction to bring them up to speed on data collection technology, navigating the app on their smartphone with ease. All interns in the program also share a scientific background in natural resources or environmental disciplines, applying what they’ve learned in the classroom and gaining on-the-ground experience.

The Stream Crew program relies heavily on data collection. By tracking problems and debris jams over time, the city can see patterns and trends that influence plans for the future. For example, if the data shows that one section of stream consistently gets blocked by debris every year, that location can be added to a priority list for additional inspections by city staff during and after major storm events in the rainy winter season.

Marking and tracking specific locations is done using a geographic information system (GIS) which allows the team to store vast amounts of information, visualize the situation, and analyze the data to compare changes over time. The GIS syncs up in real time with a mobile data collection application called Collector for ArcGIS. Interns can update the app while standing in the middle of a stream – adding new data fields on the fly to log whatever they encounter.

Things have changed dramatically since Meridith’s first year on the Stream Crew.

“When I started 4 years ago, we were out there with paper maps, trying to mark data points without getting the paper wet. It was slow, and the data wasn’t accurate. Now we’re able to gather much more information to make smart decisions.”

With the mobile app, data collection is more accurate, adaptable, and fast. Stream Crew leverages these advances in technology and real-time GIS to magnify their impact, making the most of the seasonal work. Collecting data in the field is an essential experience for these future scientists—one of the many benefits they gain from the internship program.

The first Stream Crew in 1996 was purely a manual labor crew, hired to do the often-strenuous work of clearing heavy debris. But in 2003, the program was reinvented as an internship program. Training, education, leadership opportunities, networking events, and field trips were added to enhance the experience for participants.

Now, the young scientists visit sites such as stormwater and wastewater treatment facilities, a large dam, a sustainable community, fish collection and tracking facilities, a large-scale stream enhancement project, and a ranger station. Each visit provides an opportunity for students to see their disciplines at work in the real world.

“I’ve seen similar programs in other cities, and what I like most about Salem is that it’s not just a labor crew – it’s real professional development,” Derek said.

Because it combines hands-on training, group communication, and  field data collection, the Stream Crew program attracts returning members year on year. Meridith participated four times, growing her leadership responsibilities each year. She began as a crew member, then led her own small crew, and eventually coordinated all the interns as the Environmental Aide.

For many college students entering the job market, internships are considered “a foot in the door,” as well as a platform for networking and resume-building. But for Keith Bondaug-Winn, Stormwater Quality Supervisor at the City of Salem who oversees the Stream Crew (and is a former intern), internships also fill an essential education gap.

“If you’re in an environmental field that requires interdisciplinary work, you need experience that brings together multiple disciplines to show you how to solve real problems in the real world,” he said. “College students often don’t have field experience because they’re so maxed out with classes. Summer internships are an effective way of getting that synthesized knowledge and soft skills employers are looking for.”

The 2017 Stream Crew cleaned and collected data on 22 creeks and streams, covering a total of 47.8 miles. As proof of their impact, the total amount of trash removed visibly decreases each year­—progress clearly shown by the data collected. Students interact with the GIS, using it to collect, see, and analyze data. This gives them experience with tools and technology they are likely to need in their future careers, as Keith did:

“I originally thought of my stream crew internship as simply a chance to get field knowledge. But then I realized that a lot of employers were looking for students that had experience working with GIS. So, I did a few more GIS internship programs after Stream Crew, before returning to work for the City of Salem full time.”

In the future, Salem plans to expand the program. A Stream Crew Symposium has recently been added as an outreach program, educating and engaging Salem’s citizens on the city’s efforts and how they can help. Next steps might be adding more special cleanup or conservation projects, or continuing the internship into the action-filled wet weather months. Because it’s not a full-time program, Stream Crew can be easily adapted to serve the city’s changing needs.

For Meridith, the Stream Crew program opened an opportunity for her career after college. “My first year I had no background in stormwater. I came in just excited to learn and work hard, and it’s gone from there. I fell in love with this type of work, and I recently got a full-time job in another city’s stormwater department, which is perfect for me.”

While no one can predict when the next flood will strike, the city will continue to grow the Stream Crew program and collect data to add to their understanding of the best ways to prepare for and mitigate flooding’s devastation. 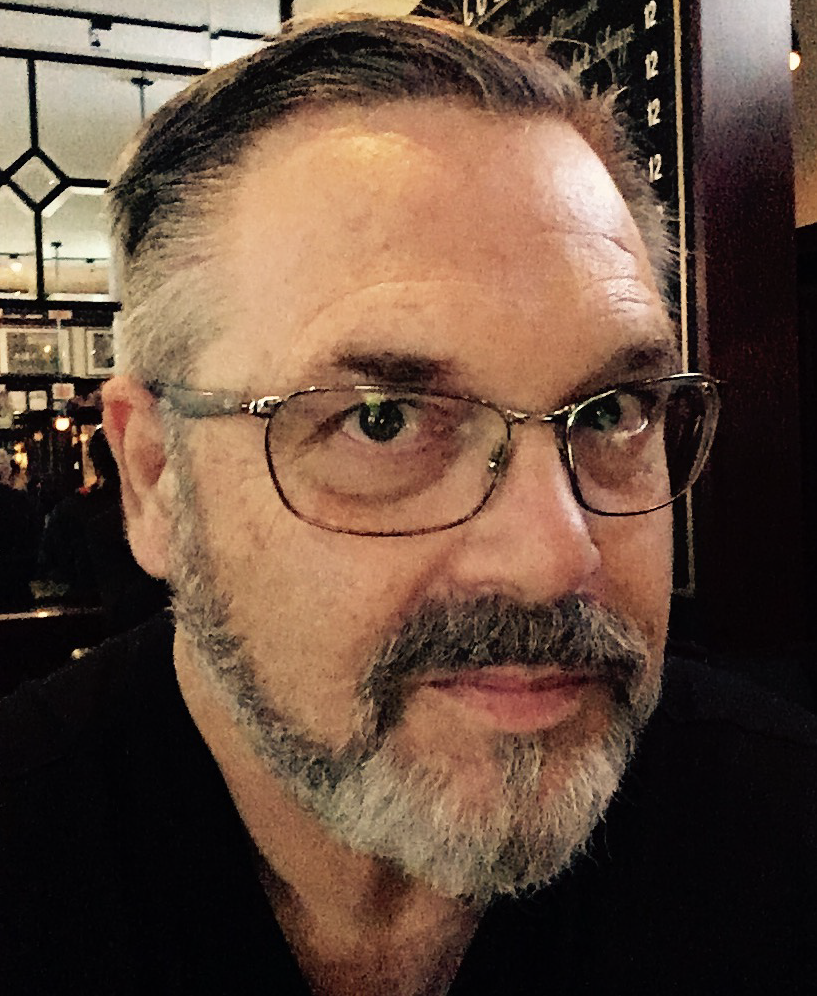