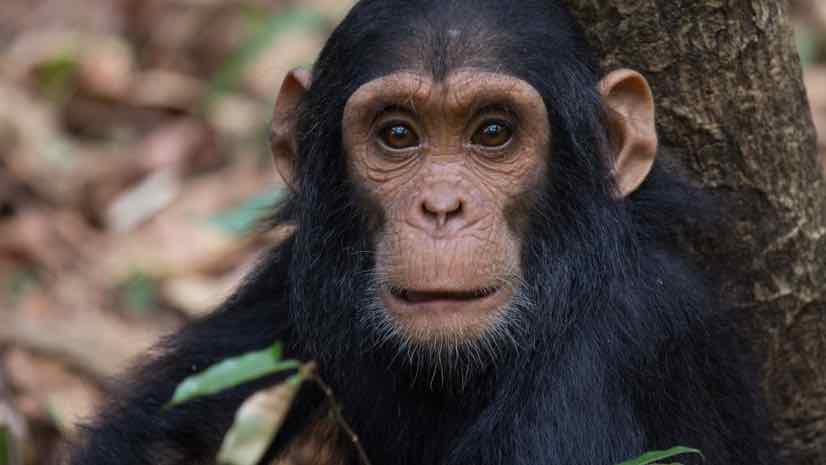 A conversation with Dr. Jane Goodall, DBE, Founder of the Jane Goodall Institute (JGI), UN Messenger for Peace, and one of the world’s foremost voices for environmental conservation. Her pioneering primatology work helped redefine the relationship between humans and animals.

Dr. Jane Goodall’s study of chimpanzees in Tanzania began in July 1960 at the behest of Dr. Louis Leakey, the renowned paleoanthropologist. This first foray turned into nearly 60 years of constant observation of chimpanzees in Gombe Stream Research Center supported by JGI in what is now Gombe National Park.

JGI makes use of geospatial technology to increase the scale and pace of conservation impact, record field observations, collaborate with local communities and decision makers, and share relevant data and research with the world. We sat down with Dr. Goodall and Dr. Lilian Pintea, JGI’s lead conservation scientist and geospatial technologist. We discussed the process of observation and scientific discovery and applications that turn observations into conservation actions that enhance understanding of the relationship between chimpanzees, their habitats, and the human communities that live alongside them.

Have you always been a curious observer of nature?

I think a lot of children are curious, but what was perhaps a bit unusual about me was the patience I had when I was very small. I used to spend hours and hours watching jumping spiders and wondering how they managed their babies on their backs.

When I was four, my mother took me to stay on a farm in the country and I was given the job of collecting hens’ eggs. I was asking everybody where the eggs came out, because I couldn’t see a hole big enough. No one told me, so when I saw a hen go into a hen house, I crawled in after her. She flew out, frightened. So, I went into another hen house and waited for hours—and was rewarded when a hen came in and laid an egg. I’m not sure many four-year-old kids would hide in a stuffy, dark hen house for that long.

I think the patience and curiosity in that story show the makings of a little scientist. All through my childhood, I was watching animals.

When you were given the charge to observe the chimpanzee community, you weren’t a trained scientist. Was that an advantage?

I was really fortunate that Louis Leakey wanted a mind uncluttered by the reductionist thinking of many scientists at the time. I’ve often wondered if I had been to college and been taught all these untrue things—that animals didn’t have personalities, minds or emotions—would I have been different? I don’t know. But I hope not!

When I began there were no other studies of chimpanzees in the wild and nobody whose protocol I could follow. I just took my common sense with me into the field. It did require a lot of patience, because originally the chimpanzees ran away from me.

Can you recall some of your first breakthrough moments?

The first one was seeing [the chimpanzee] David Greybeard using grass stems as a tool to fish termites from their homes, and then picking twigs and stripping the leaves to make a tool. That was an incredibly exciting moment as it was thought then that only humans made tools. We were defined as ‘man the toolmaker’. It was then that Leakey said, “we must now redefine tool, redefine man, or accept chimps as humans.”

How were you observing and recording things at that time and how has the recording of observations evolved?

I started off with rather not very good secondhand binoculars because we had so little money, and a notebook and pencil. Gradually, I got a telescope so I could bring them closer to me. Then of course came the magic of being able to afford a typewriter. And then, extraordinarily we got tape recorders.

Now, of course, we have all the geospatial/GIS technology of Lilian’s field. It’s been a very amazing journey for me. You know, when I was a child, clouds produced rain. Now that I’m 85, I know that they can also produce data.

The Jane Goodall Institute Makes Use of the Geospatial Cloud

The use of technology at the Jane Goodall Institute (JGI) has evolved naturally, with increasingly digital tools helping to better understand chimpanzees and their habitat as well as ways to balance human needs in order to protest this important species.

“Technological advancements have allowed us to use a variety of sensors from cameras on satellites and drones, to robotic mosquito traps, and metagenomic AI tools to collect and connect data,” said Dr. Lilian Pintea, vice president, Conservation Science, who is the lead conservation scientist and geospatial technologist at JGI. “When that data is integrated and analyzed in GIS, it helps us understand the complexity of how ecosystems are structured and function.”

The use of GIS allows JGI and others to combine layers of information to provide a common operational picture.

“We can combine where chimpanzees are, and their needs in terms of habitat, with people’s needs and problems as part of the same ecosystems, and visualize it,” Pintea said. “Technology facilitated by JGI helps village and district governments develop land-use plans and to see whether they are properly enforced and implemented by monitoring progress. Our use of technology is about bringing transparency to the process, helping everybody to see and become engaged in the conservation effort and process.”

Has technology opened your eyes to things at different scale that you may not have factored into your thinking previously?

Oh, yes. When I was growing up a lot of what we’re talking about was pure science fiction.

In some sites—not Gombe where we know all the chimps—we wouldn’t know anything without camera traps. In other sites, nothing would be known if there weren’t radio collars that allow you to record movement with GIS.

We do have to be careful that digitizing everything doesn’t take the place of observing and recording the actual behavior of the chimpanzees from a humanistic perspective. The cold and scientific objective was what I should have been taught before I went into the field and thank God I wasn’t. If you have empathy with your subject, then you begin to ask how you might behave in their situation.

How important is the ability to look down from above and connect all of the activities of humans and animals?

When I flew over Gombe in 1990, looking down I could see that it was just a tiny oasis of forest surrounded by completely bare hills. It became obvious that there were more people there than the land could support. It hit me that if we don’t help the people find ways of living that don’t involve the destruction of habitat, we can’t even try to save the chimpanzees.

How have you engaged local communities in your work?

We work to improve the lives of local people through our Tacare community-centered conservation program that enlists villagers in 104 villages in western Tanzania and many more countries throughout chimp range, listening to them and asking them what we can do to help. Projects vary from restoring the fertility of overused land, putting in health and education facilities, and offering a microcredit program for environmentally sustainable projects like tree nurseries.

Most of the 2,500 or so remaining wild chimpanzees in Tanzania are not in protected national park, they’re in village and district local authority forest reserves. We train villager forest monitors selected by their own village governments to use smartphones and mobile apps to monitor signs of wildlife such as a leopard paw print or a chimpanzee nest, and record illegal human activities such as a tree cuts, animal traps, or spent rifle cartridges in their local forest reserves.

Tacare connects the concern for chimps and other animals and environment with people and their problems, weaving the technology through both of those aspects to create the wonderful picture that we’ve created in some of the villages around Gombe. We need to scale it up and take it around Africa and the rest of the world, because it works.

You have also spread the word about conservation to children with JGI’s Roots & Shoots youth program. Is there a common thread with these programs?

We don’t tell the children what to do, they choose what projects to do to help people, other animals, and the environment. Young people in Roots & Shoots take a look around their communities and choose to create solutions. That’s what makes them excited, because it’s their choice and they’re each doing their part.

Many people say that youth are our future, but they are the present. They are changing the world right now in 50 countries all around the globe through Roots & Shoots, and the program has been in over 100 countries over the last almost 30 years. Instead of being overwhelmed by problems, they see they’re all a part of a big effort.

What motivates you to continue the quest for greater understanding?

I go back to a wonderful moment with David Greybeard, the one who showed me tool using, and the first chimp to lose his fear of me. He was allowing me to follow him, and I thought that I had lost him. When I found him, he was sitting and looking back as though he was waiting for me.

I sat near him and there was a red palm nut on the ground between us, which chimps love. I picked it up and held it out towards him, and he turned his head away. I put my hand a bit closer, and he turned and looked directly in my eyes. He reached out, took the nut and dropped it, but then he gently squeezed my fingers, which is how chimpanzees reassure each other.

At that moment, I knew that we were communicating perfectly in a language that probably predates human spoken language. It was when I understood that I would dedicate the rest of my life to helping people understand that connection.

Learn more about the Jane Goodall Institute’s use of GIS in its community-centered conservation approach—seeing what others can’t. Find out more at janegoodall.org and follow JGI and Dr. Goodall @janegoodallinst.