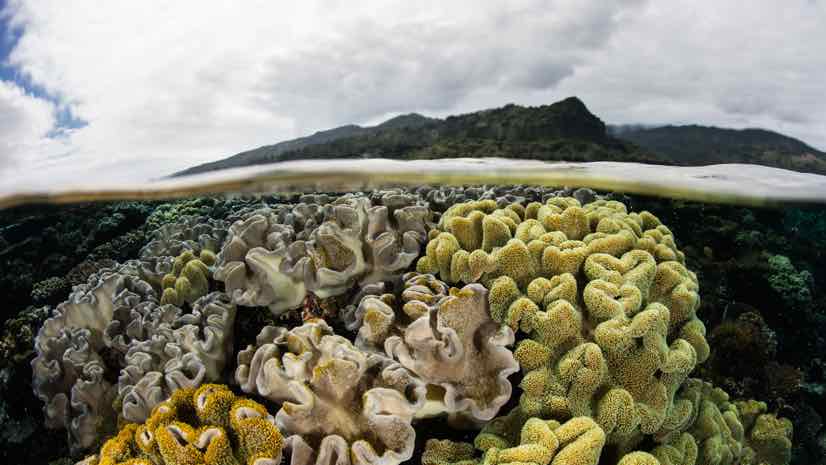 A conversation with Nazhat Shameem Khan, Fiji’s permanent representative to the United Nations in Geneva and Fiji’s ambassador to Switzerland. This conversation took place at the GIS for a Sustainable World Conference that UNOSAT co-hosted where Ambassador Khan delivered a keynote that focused on sustainable development goals and climate action.

In our conversation, Ambassador Khan shared details about the cost Fiji has already incurred for climate adaptation. We spoke about the importance of inclusivity in this work; the role of geospatial technology to provide both better awareness of climate change impacts and to prioritize adaptation strategies; and the promise of the UN’s sustainable development goals.

Can you explain why climate action, further down the list of the Sustainable Development Goals, is first and foremost for Fiji?

For a small island developing state, climate action has to be the top priority. As a developing country, our sustainable development goals are already more difficult to achieve, but when you have frequent floods all available resources go to helping people survive and rehabilitate agricultural land. Our economy is affected drastically.

We have already begun to take action on adaptation—relocating villages, building sea walls, evacuating people in the face of disasters.

How does geospatial information and technology help balance the demands of adaptation and mitigation?

Climate change has alienated the indigenous from their land, and it’s a terribly emotional subject. Geospatial information and technology can assist the government in very difficult conversations.

It’s hard to say to a community, “I’m sorry, but in five years’ time, your entire village will be underwater and you won’t be able to plant any crops, you won’t be able to fish in the sea, and there will be nothing for your children.” A GIS (geographic information system) helps to share evidence of what’s happening in all parts of the country, where we’ve seen the signs of environmental degradation and impacts of sea-level rise. It also tells us how far inland we need to move a village.

The Fijian government is now part of the UK Space Agency’s international partnership program known as the CommonSensing project, which will support climate resilience through the sharing of satellite images and remote sensing technology. The UNOSAT-led project will help us understand our environment, what’s happening now, and what’s likely to happen.

To tell people that they must move without a scientific basis would be regarded with a great deal of suspicion by any community. Geospatial technology helps us not just to approach this whole question of relocating people, but also to prioritize who has to move and whose land we can save.

It’s almost part of the Fijian psyche to expect flooding now. It’s become so frequent and so much more intense that the damage from floods as a result of heavy rains can be as significant as a tropical cyclone.

The whole Sendai Framework comes into play because flooding impacts agriculture, affects the ability of children to go to school, it also means we have to open evacuation centers. We have to make certain that all people have access to those centers, including making sure we gather people living with disabilities and that pregnant women can access health services.

We have worked to improve the sharing of data to have a whole government approach, because disasters affect all government ministries. CommonSensing will help by creating a central data repository. We also have a national disaster risk reduction strategy with inclusive policies.

In your speech here, you spoke about inclusivity. What does that entail?

You can’t plan for climate change without people. Without involving people and the community, it would just be a two-way conversation between a group of scientists and the government.

This was an aspect of COP23 that we were really proud of—we called it the people’s COP. There we launched the indigenous people’s platform, the gender action plan, and the ACE education program to empower young people to take climate action.

[Fiji presided over the 2017 United Nations Climate Change Conference (COP23), where Ambassador Khan was the chief negotiator. At that event, Fiji’s Climate Vulnerability Assessment (CVA) report was launched, with research by the World Bank that determined that Fiji’s annual losses due to extreme weather events could reach 6.5 per cent of GDP by 2050.]

More frequent and intense disasters have made us reevaluate how we talk to people about climate change. If we just move people from one place to another they won’t understand, they won’t accept it, and they will rebel. Now, we’re involving people from day one to make sure they understand what’s about to come, what it means for them, and very importantly, making them feel empowered.

All change is an opportunity to do things differently, more inclusively, more democratically, and in a way that mainstreams gender, persons with disabilities, indigenous people. Fiji has a patriarchal society and many women are marginalized. We are working to make certain that all sectors of our society feel empowered. 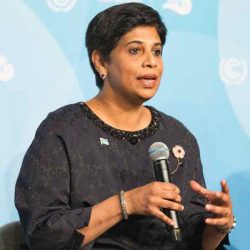 Climate change has alienated the indigenous from their land, and it's a terribly emotional subject. Geospatial information and technology can assist the government in very difficult conversations.

How do we help people of other nations and regions understand climate change?

I think the school curriculum is absolutely crucial. It has to include a component of what’s happening to the planet, how we are all vulnerable, and specifically how it affects different parts of the world.

Climate change impacts different parts of the world in different ways. In parts of Africa, we see desertification and drought that are causing mass movement of people because the land can no longer sustain us. In Pacific Islands, we are seeing coral bleaching, reduced fish stocks, and a loss of mangroves, which increases the impacts of sea-level rise.

In all parts of the world, if geospatial data formed the basis of showing what’s happening on the planet, I think that would be wonderful.

The predictive ability of GIS is really important. It helps us understand what is going to happen before it happens in order to plan better.

We were reactive in the past. We waited for the hurricane to come, and as it approached, we would start moving our animals to dry land. Now we know in advance not only what is about to happen, but when and how.

I think this is why GIS has become so valuable to small island developing states. This predictive ability helps reduce the impacts to our economies. Then, we can allocate any savings to health, education, infrastructure, and all the other sustainable development goals.

Learn more about how GIS is being applied to capture and quantify the Sustainable Development Goals. 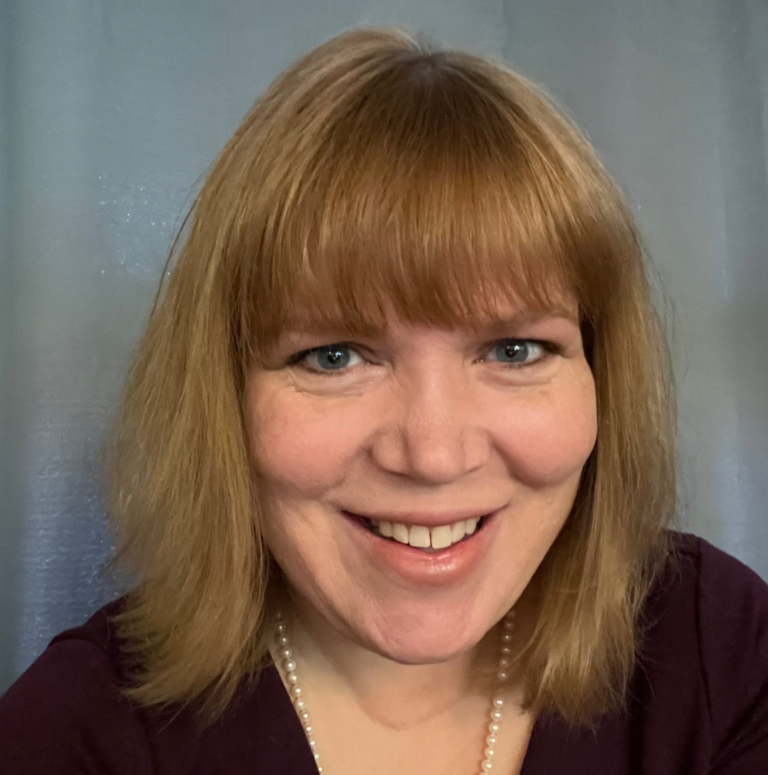 Dr. Carmelle Terborgh is the lead account manager of the Nonprofit and Global Organizations team at Esri, focusing on Sustainable Development. She has more than 25 years of experience applying GIS to urban management, humanitarian assistance, food security, and sustainable resource management. Prior to joining Esri in 1996, Dr. Terborgh was a research associate at the United Nations Institute for Training and Research (UNITAR); and during 2004-2005, worked as the Senior GeoInformation Consultant at the World Bank. Dr. Terborgh has served as the Chair of the Societal Impacts Committee and the Industry Advisory Council of the Global Spatial Data Infrastructure (GSDI) Association. She has a B.S. in Forestry, and a M.A. and a Ph.D. in Geography, specializing in GIS.