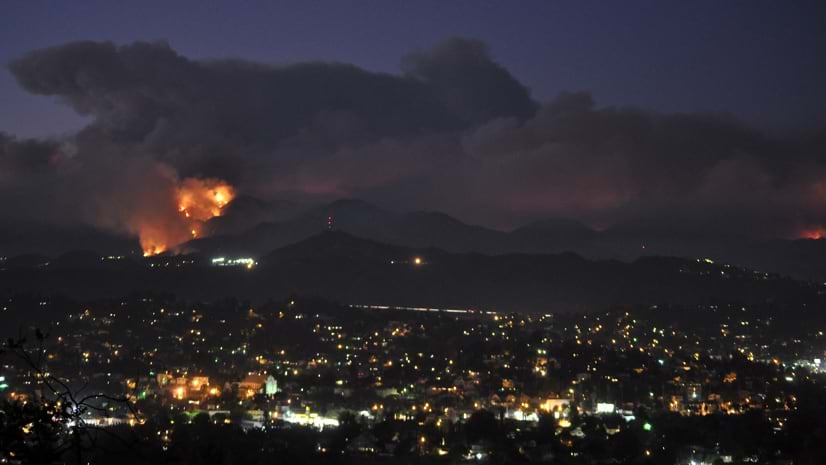 Knowing where unhoused populations are sheltering is vital during wildfire evacuations, and students from Anderson W. Clark Magnet High School in Los Angeles County have recently done something to help. Lately, the numbers of both wildfires and unhoused people have grown in California. The forests, fields, and hills in urban areas are full of dry brush due to the drought. And in Los Angeles County, the count of residents experiencing homelessness grew 12.7 percent in 2020 to 66,426 people—many of them sheltering on the dry, open land.

The students, whose school borders the Angeles National Forest in Glendale, set out to prove that infrared images analyzed with geographic information system (GIS) technology could identify homeless encampments near areas at high risk of wildfire.

A Geographic Approach to Research

The students’ CubeSat project was part of the US Department of Education’s CTE Mission: CubeSat challenge, which calls for designing, building, and testing a cube satellite prototype to tackle issues important to local communities.

To make the prototype, the students chose infrared sensors that could detect heat signatures and a GPS receiver to map the locations of high-risk encampments. For the building phase, students were divided into two teams: one for the flight station and the other for the ground station.

Ensuring that each student had an opportunity to design a piece of the project, they self-assigned roles based on interest. Each student was also responsible for a secondary role such as documentation, writing the flight report, or determining the best location for the test. They learned to assemble and program their CubeSat prototype with instructional videos from their teacher as well as information on YouTube and online forums.

“Throughout the project, I consistently was on forums looking up how to make stuff work. CubeSats are not a widely used product, but there was so much information about them online,” said Matthew Keshishian, one of the students who worked on the project.

Keshishian added that programming the prototype’s onboard computer was personally challenging because he created three code variations. He conducted a test flight over the school to determine which code worked best with the sensors and camera. “We needed a code that was easy to use in most situations, since we weren’t sure how we would import the data into a map at that point,” Keshishian said.

After building the prototype, students searched for a test site, performing a site suitability analysis using factors such as land type, locations without drone flight restrictions, and fire risk based on Los Angeles County data. In GIS, they layered the data to identify a high-risk area within a 15-mile radius of their school.

They chose the Hansen Dam Recreation Area as the best place to test their technology. Because of Federal Aviation Administration (FAA) airspace restrictions, students attached their prototype to a tethered weather balloon instead of a drone.

“A wildfire broke out at Hansen Dam halfway through our second flight and proved our fire-risk data was right,” said Keshishian.

A Positive Impact on Careers and Community

“This type of intelligence will help us to focus rescues and evacuations,” Marotta said.

The team of students has since graduated, but their teacher Dominique Evans-Bye hopes to see the CTE Mission: CubeSat work continue in future class cohorts and to grow the project’s impact. Evans-Bye says the project could one day include more geospatial technologies, drone imagery, and full motion video captures through a partnership with the Los Angeles Sheriff’s Department and Los Angeles Fire Department.

Evans-Bye agrees: “GIS impacts all industries. It is important to give students hands-on experiences like this where they can show off what they create while also impacting their community.”

The students also had a unique opportunity to present their project to educators and professionals from around the world at the 2022 Esri Education Summit. “These experiences were a great opportunity for us to really revel in the work we’d done and celebrate our achievements,” said student Gabriela Marcucci.

Knowing their work could make a difference made their task more important. “I didn’t just look at textbooks,” said Keshishian. “I can look back at my high school journey and, from this project, say I participated in something that gives back to the community and can save lives.”

Learn more about how GIS helps children turn data into maps, stories, and knowledge and how students can prepare for the workforce by using ArcGIS.

The US Department of Education Ed Prizes

Ed Prizes is a series of competitions managed by Luminary Labs under US Department of Education contracts. This collaboration with America’s innovators is designed to increase equal career and technical education (CTE) through open national challenges that ask participants to develop initiatives customized to the needs of their communities.

Ed Prizes provides opportunities for students to connect with employers and experts across industries. The past eight competitions have focused on specific outcomes, such as advancing technology education in rural high schools. Another challenge focused on app development and data education. For a different challenge, students created simulated environments via augmented reality, virtual reality, and video game development. Yet another challenge inspired high school students to design makerspaces for creating, inventing, tweaking, and exploring hands-on projects. And the most recent competition, CTE Mission: CubeSat, invited high schools to bring space missions to students by designing and building CubeSat prototypes. 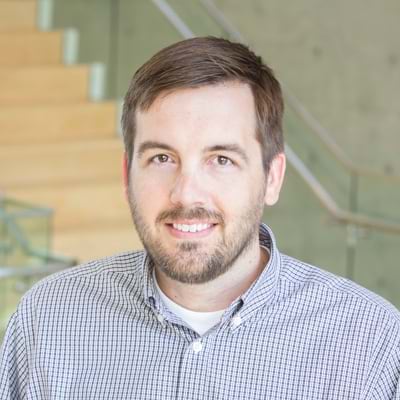 Tom Baker is an education manager on the Esri Education Solutions team, strategizing effective use of GIS technology and solutions to solve instruction, administrative, and research challenges in schools, universities, and informal education. An instructional technologist and researcher by training, he now specializes in integrating classroom practice and technology with GIS. Most of Tom’s time at Esri is spent serving the nearly 5 million K12 educators of the United States—and their 50 million students. Tom seeks to use his experience to enhance learning at all levels and subjects by leveraging the science of where.