It’s alive!
We’ve released CityEngine 2019.0 and just quietly between us, we’re pretty proud of what we have put together.
Actually, this is probably one of the bigger CityEngine releases we’ve had in a long time.
Now you can enjoy things like new CGA operations, new import/export formats and new plug-ins (to name a few)! New, new, new!
What’s also new, is that we have worked on making our extensive CityEngine documentation available to you more easily and have introduced the Esri CityEngine Resources page!
Here you will find things like the Help manual, tutorials, CGA assistance and curated videos.
Go ahead and check it out!

In this blog post we’re highlighting some of our favorite released features, but you can learn more about all of our new features and fixes in the 2019.0 release notes.
Go to My Esri to upgrade to CityEngine 2019.0. Or, if you are new to CityEngine, try it out now with a fully functional free trial version.

In this release, we highly improved the interactive edit and design tools. They feel much snappier and more responsive due to numerous performance improvements. Also, we enhanced the arc drawing capabilities and the general UX when creating polygons on terrain. And, due to popular demand, we introduced a Subtract boolean tool for 2D shapes.

In CityEngine 2019.0, we added several new operations to its procedural modeling language CGA, which is used to encode architectural styles. Highlights include the rectify operation which can be used to clean up inaccurate building footprints, the setbackPerEdge operation which allows control of the setback distance individually on each edge of a polygon, and the setbackToArea operation which enables a better encoding of urban design practices, such as optimizing area capacities.

glTF is an open standard format for 3D models developed by the Khronos Group. The format is highly efficient and has been adopted by the GIS and 3D industry across the world. With CityEngine 2019.0, we introduce import and export functionality for glTF 2.0 which also supports physically based materials. A collection of glTF 2.0 models can be found on Sketchfab.

The Unreal Engine exporter (“Datasmith” format) of CityEngine now supports Unreal Studio 4.22, the latest version of the acclaimed tool for real-time rendering in architecture and design. We significantly improved the exporter to make it easier to bring the vast and rich CityEngine scenes into Unreal Studio. Highlights include support of (1) native Unreal landscapes for terrain elevation data, (2) physically based Unreal materials, and (3) workflows that require metadata on meshes.

The CityEngine VR Experience is a tabletop virtual reality application for urban planning. It allows planners, designers, city officials, and citizens to immerse themselves in a CityEngine scene, and view, discuss, or modify possible development scenarios in ways that were not possible on regular computer screens or with physical models up until now. Besides many new features, usability improvements, and extensive new documentation, we added support for Oculus Rift headsets. Learn how to build your own CityEngine VR Experience.

Palladio, a CityEngine plugin for Houdini

Palladio started as a side project from an enthusiastic CityEngine developer who teamed up with a talented CityEngine artist to build a unique procedural modeling plugin for SideFX Houdini. By using Palladio, 3D environment artists do not have to leave their familiar Houdini toolset anymore to make use of the generative modeling power of CityEngine. With this release, we made Palladio easier to install, simpler to use, and more stable to work with. You can download Palladio here (available for Linux and Windows). 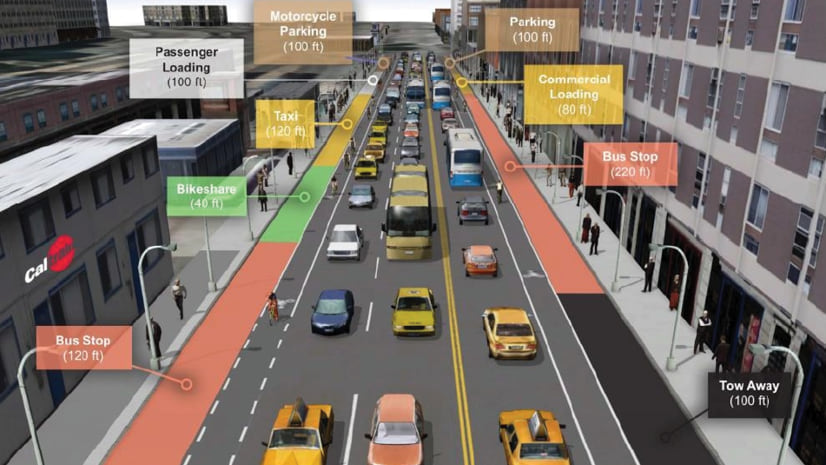 CityEngine and Uber envision a new future for the curb

A CityEngine use-case with Uber and Fehr&Peers.