It’s been exciting to see the story maps community adopt ArcGIS StoryMaps, the second-generation storytelling tool that we released in July 2019. More stories are being created in ArcGIS StoryMaps these days than all the classic apps combined. But the question inevitably arises: Should I maintain my classic stories as is, or should I remake them in ArcGIS StoryMaps?

First—there’s no hurry! Our classic apps will be around and available for years to come. Meanwhile we’re working hard to bring ArcGIS StoryMaps into what we’re calling “full parity” with our classic apps. What that means is that within a few months you’ll be able to do essentially everything you could do using our array of classic apps (Story Map Journal, Cascade, Series, etc.). We’re getting close to parity, but we’re not quite there yet. Stay tuned for new block palette additions that emulate the classic Story Map Tour and Story Map Shortlist, as well as the floating-caption, full-screen media that is such a popular feature of Cascade. If you’d prefer to wait until these new features are released, feel free.

In fact, we’re aiming not just for parity, but for much more. We’ve already introduced slideshow, which you can use to do presentations and shows without having to scroll. And our “remakes” incorporate enhancements that we think will make them cooler and more capable than our classic apps. And then there’s autosave, design themes, express maps, modern mobile experience…you get the point.

Second, some of you have requested that we provide a way to automatically reformat classic story maps into ArcGIS StoryMaps. But I’m afraid that’s just not feasible, for a variety of reasons. Chief among them is that there’s not a strict one-to-one relationship between the elements of classic stories and the “blocks” in ArcGIS StoryMaps. Since every story has its own character, you need to make some judgment calls about how best to remake them as ArcGIS StoryMaps. But to put a positive spin on it, that means there are ways you can make your story look and work better than ever as you move it to the new template.

The nuts and bolts of recreating your story involve a good bit of copying and pasting of text. It’s a bit tedious, but having converted many stories, I’ve found that it goes surprisingly quickly. It’s a good thing to do during parts of your day when you’re less up for mentally onerous tasks. I’m a morning person, so for me that means later in the day.

Reformatting your old story is a great opportunity to give it a fresh look, and to update items that might be obsolescent. I find that, almost invariably, rereading a story after many months gives you a fresh perspective. Items that might have seemed fine at the time suddenly beg for refinement or updating.

Text involves simple (but repetitive) copy-and-paste. Images are another matter. Ideally you will have kept copies of your original story’s visuals on your hard drive. But if not, you can usually find the images by returning to the resources you used as you created the original story. In the case of Sacred Places, Sacred Ways, I had failed to save many of the visuals in the story; however, I had been conscientious in providing links to sources in my photo captions.

I was able to find, and re-download, nearly all the Creative Commons images that I had originally used. My cover photo was no longer available, but I was able to find a pretty apt substitute. I prefer the original photo, but I love how the title on the ArcGIS StoryMaps cover doesn’t sit in a heavy box (see image above).

I used the ArcGIS StoryMaps builder’s design panel to chose the Mesa theme, which gives the story a warm, slightly historical look and feel. That meant that I had to adjust some of the static maps to match the theme’s background tint.

ArcGIS StoryMaps doesn’t yet have the special chapter headings that Cascade featured. Instead I trimmed horizontal strips from photos, created a vignette using desktop graphics software (admittedly my background as a designer gives me an unfair advantage), and paired the images with text headings. Coming in a future release: bookmarks that will enable readers to jump from one section to another.

I used the quote block to open sections of the story. Most of the opening paragraphs aren’t quotes, but I liked the quote style, which seemed appropriate to the story.

The availability of express maps allowed me to easily create attractive little locator maps for each religious site, which is a real advantage of the new version over the old.

Overall, it was surprisingly easy to convert Sacred Places, Sacred Ways to ArcGIS StoryMaps. Is the new version better than the original? You can decide for yourself, but I prefer the remake. 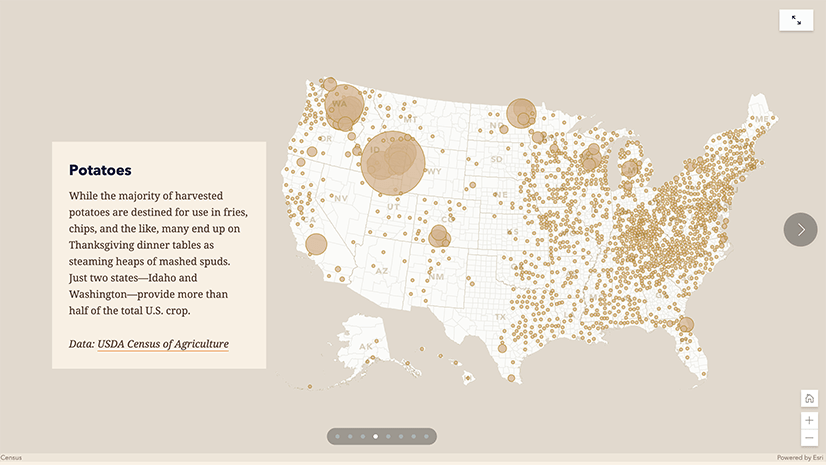 A must-have feature for stories-as-presentations, media carousels, asides, and more. 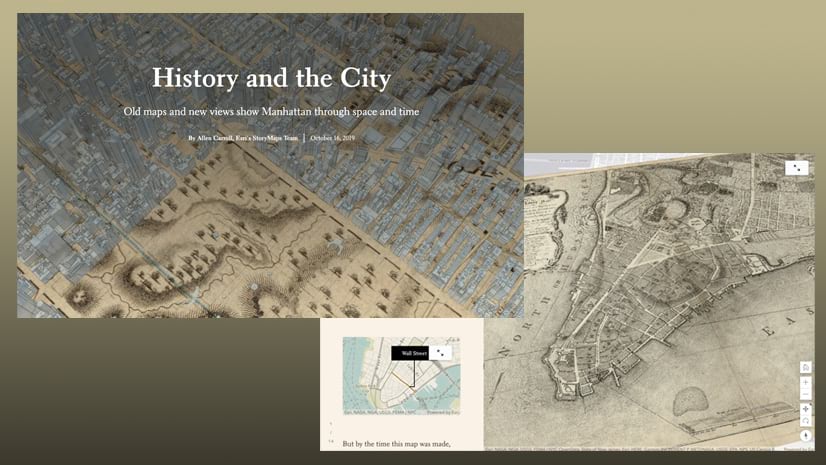 The pleasures of 3D storytelling with ArcGIS StoryMaps 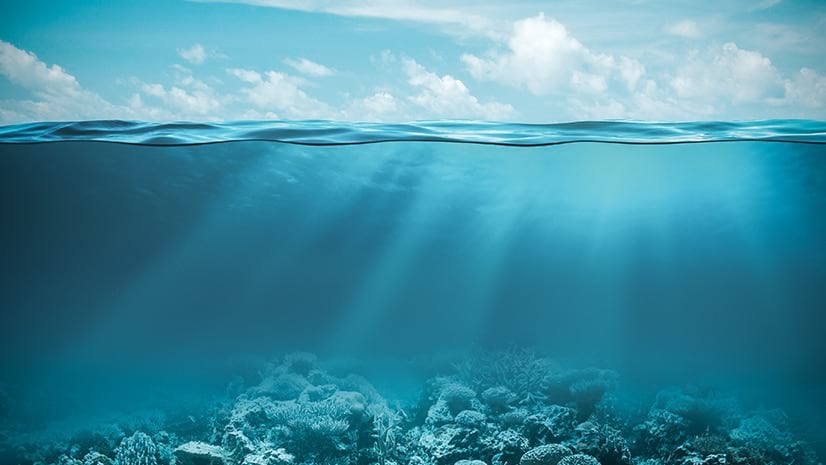